Two weeks and two days before Election Day, and we received just two polls over the weekend. The polls, both taken in Colorado by left-leaning groups, had little impact on the FiveThirtyEight Senate forecast — Republicans have a 62 percent chance of taking the Senate. Indeed, we were more interested in the small number of polls than what those two surveys said.

The FiveThirtyEight model relies mostly on polls, and without polls, the forecast’s accuracy could suffer. So we looked into it. Fortunately, this weekend was an aberration. We’re getting fewer polls than we did in 2010, but we’re not getting way fewer polls.

Here’s the number of polls in two-week periods for 2010 and 2014 (including partisan pollsters and pollsters not included in the FiveThirtyEight model): 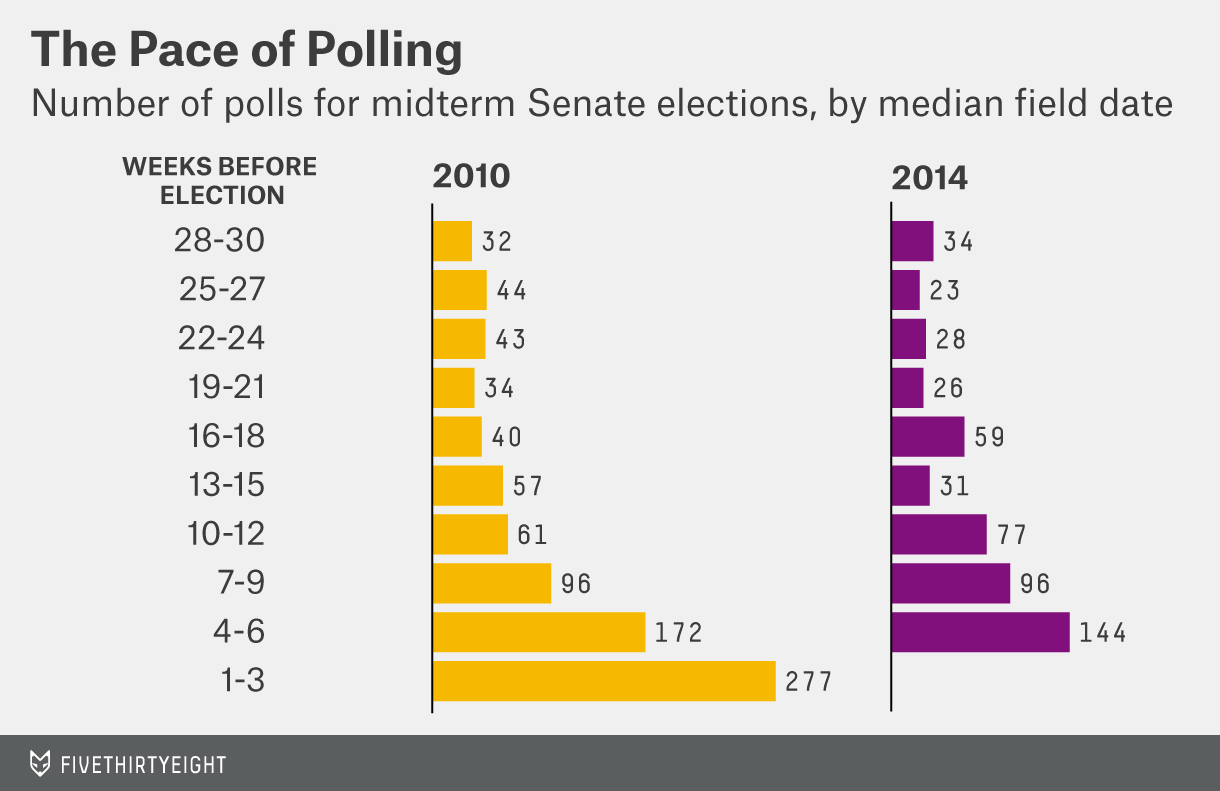 The polling pace this year — compared to 2010, which was a high-water mark for polling — has only been slightly slower. (Polls are grouped by their median field date — when they were conducted — and not when they were released. So it’s possible that a few 2014 polls from the 4-6 week period will still trickle in.)

First, far fewer polls were released early this year. From about seven months to 4.5 months before the election, there were only 60 percent the number of polls that there were in 2010. That may have shaped our perceptions even after the pace picked up.

Second, we’re more reliant on YouGov. About 20 percent of the polls released this year have been by YouGov in its partnership with CBS News and The New York Times. Those polls all come in at once — on a Sunday each month — so the other 29 or 30 days of the month feel emptier. Without those YouGov polls, we’d have only 60 percent of the surveys we had in 2010.

Third, there are definitely fewer polls than were released in 2012. Although 2010 was the last midterm election, 2012 is fresher in our minds. Senate races typically feature just 40 percent the number of polls as presidential campaigns.

Finally, the list of competitive Senate races is long this year. There’s a lot of places that need polling; we’re watching races from Alaska to Georgia to New Hampshire. For the period between 4 and 6 weeks before Election Day, we averaged four polls per race. In Arkansas, for instance, there have been only four polls with a median date of Sept. 25 or later. So, in some races in which both parties still have a reasonable chance of winning, we’re not seeing that much data. 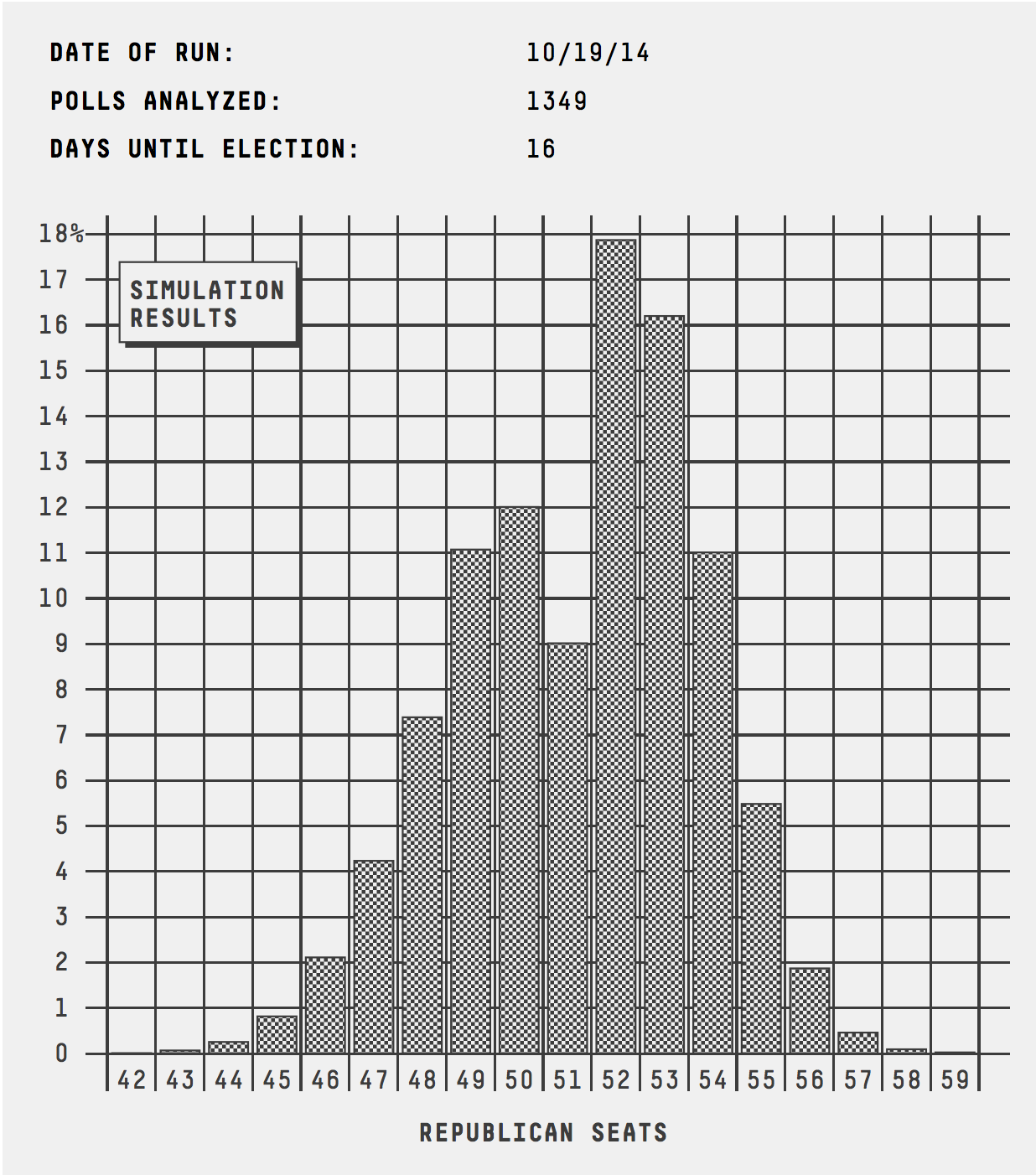