We’re starting something new, a mashup of two preoccupations we have here at FiveThirtyEight: Sports and politics. Every time we update our Senate forecast, we’ll include a probabilist equivalent from the sports world.

The model on Friday gave the GOP about a 59 percent chance of winning a majority in November. That’s about the same chances the Baltimore Ravens, leading 16-15, had of beating the Cincinnati Bengals in Week 1 with 6:01 left in the 4th quarter. The Ravens had just kicked off after scoring on an 80-yard touchdown catch by Baltimore receiver Steve Smith. But less than a minute later, Cincinnati quarterback Andy Dalton connected with A.J. Green on a 77-yard touchdown pass. That was followed by a successful two-point conversion. And that’s how the scoreboard would remain: 23-16, Bengals.

Roughly speaking, Republicans are ahead by a point, but they’re kicking off and there’s time left on the clock.

OK, back to just politics.

In the 2012 presidential election, there was a long stretch of the campaign when the national and state polls disagreed. State-level surveys showed President Obama in better shape than national polls. The state polls ended up being more accurate, but it’s always best to have a check on the data.

That’s especially true this year given the proliferation of pollsters in competitive Senate races that use nontraditional methodologies — pollsters that don’t call cell phones or aren’t transparent about their methods.

But we got a decent reality check on the polls on Friday. A new NPR poll conducted by the Democratic firm Democracy Corps and the Republican firm Resurgent Republic used live interviewers (and called cell phones) in 12 states with key Senate races. Unlike many “battleground” subsamples of national polls, which have very small samples and very big margins of error, the NPR survey included 1,000 voters in the battleground states and named the candidates running for office. It’s similar to a method the Obama campaign used to track public opinion in 2012. Each state, regardless of population, makes up the same proportion of the sample, which is what you want given that each state has the same power in the Senate.

This shouldn’t be surprising. As my colleague Nate Silver pointed out, higher quality polls on the state level haven’t given Democrats better results than lower quality ones. This is a reversal from 2012, when Democrats earned a higher percentage of the vote in polls conducted with more rigorous methodologies.

This makes us more confident in the polling — and therefore in our forecast: Republicans maintain a small edge, but the race for the Senate is far from over. 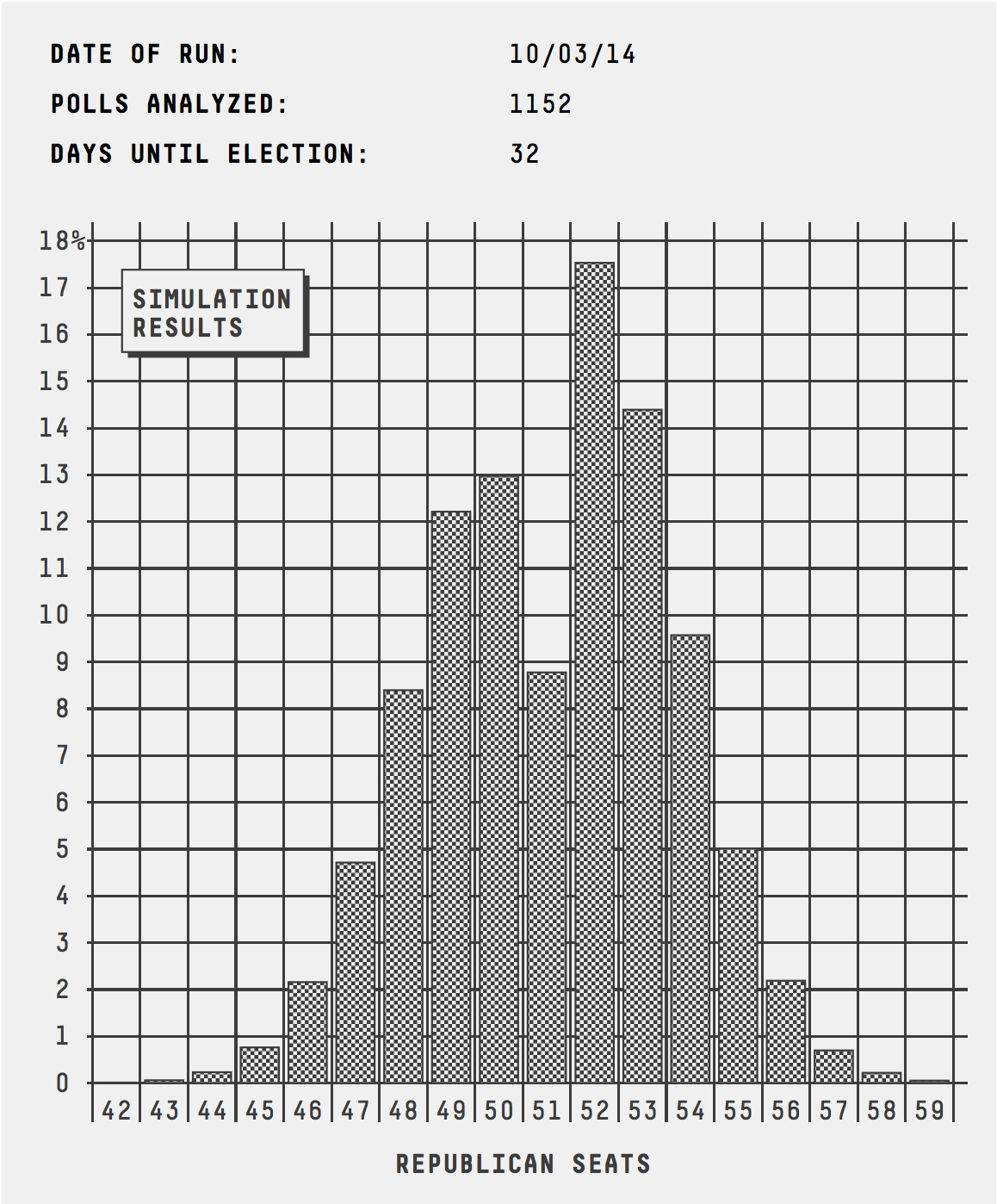