You couldn’t have scripted a more media-ready changing-of-the-guard than this year’s PGA Tour Championship. Since Tiger Woods’s gentle smack-talk after Rory McIlroy’s British Open win in July, McIlroy won at WGC-Bridgestone (taking back his No. 1 ranking), and on Sunday he followed that with his third win in a row and fourth major victory — coming from behind, in the dark, and fending off Phil Mickelson, no less!

Meanwhile, Woods missed another cut, amid lingering health questions, and still hasn’t won a major since George W. Bush was president. For the better part of a decade, it seemed like a foregone conclusion that Woods would meet or surpass Jack Nicklaus’s 18 major wins. Now, that goal is less and less attainable.

Even a few days ago, I would have thought positing McIlroy as a greater threat to Nicklaus than Woods was ridiculous, but this is where we stand: McIlroy has built up one of the best starts to a career in modern golf history, essentially matching the Golden Bear through age 25, and each day Woods moves farther away from his prime. 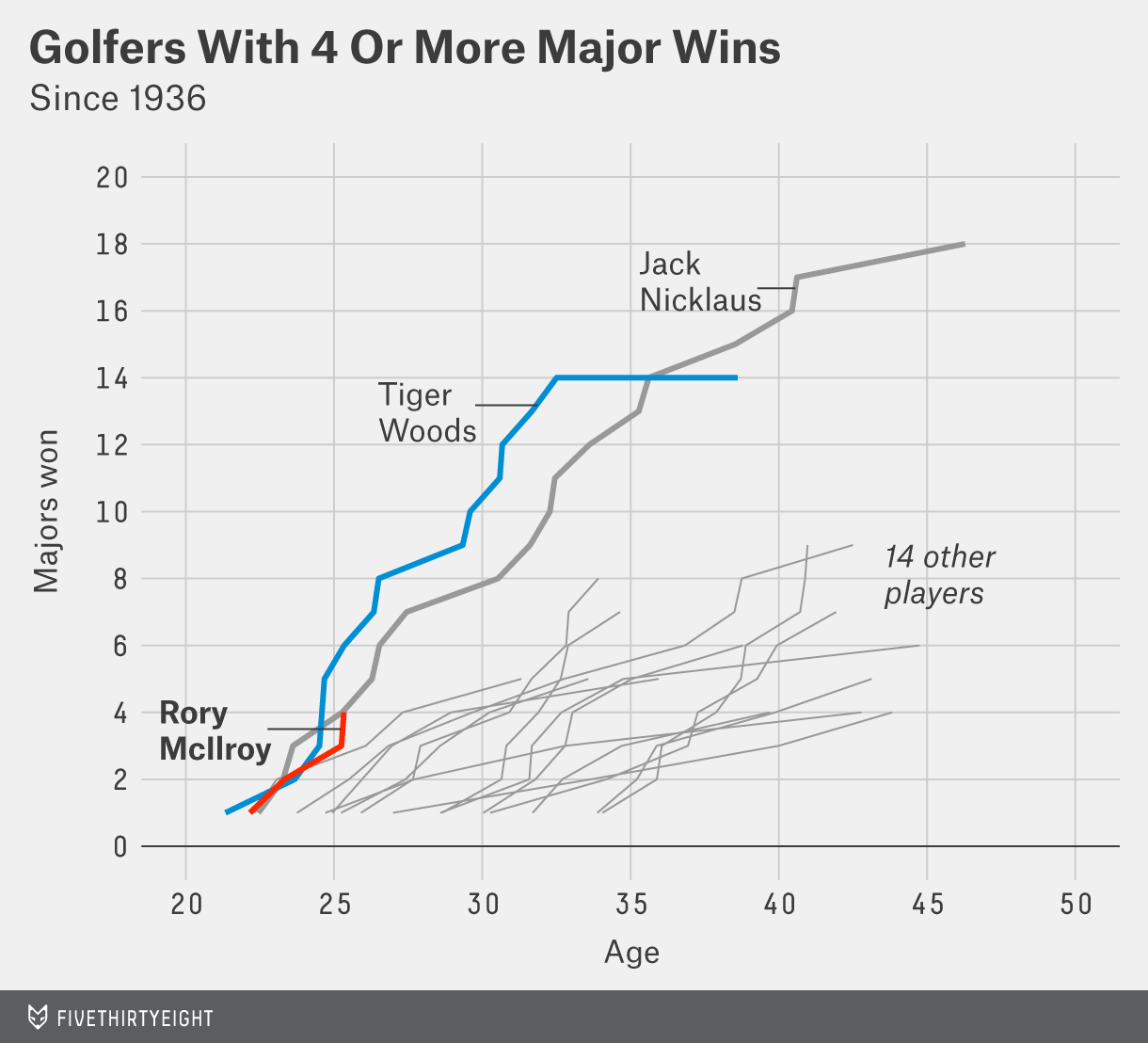 It may not look like much, but that four-major start by McIlroy is firmly in Woods and Nicklaus territory — they are the only players to have won four majors through age 25. Winning those four majors in a 15-tournament span is also a rare accomplishment. There have been a number of similarly meteoric rises in golf, but they usually come at a more mature age (see, for example: Nick Faldo, Arnold Palmer, Ben Hogan). And some early starts aren’t so meteoric (Seve Ballesteros).

McIlroy has had both: 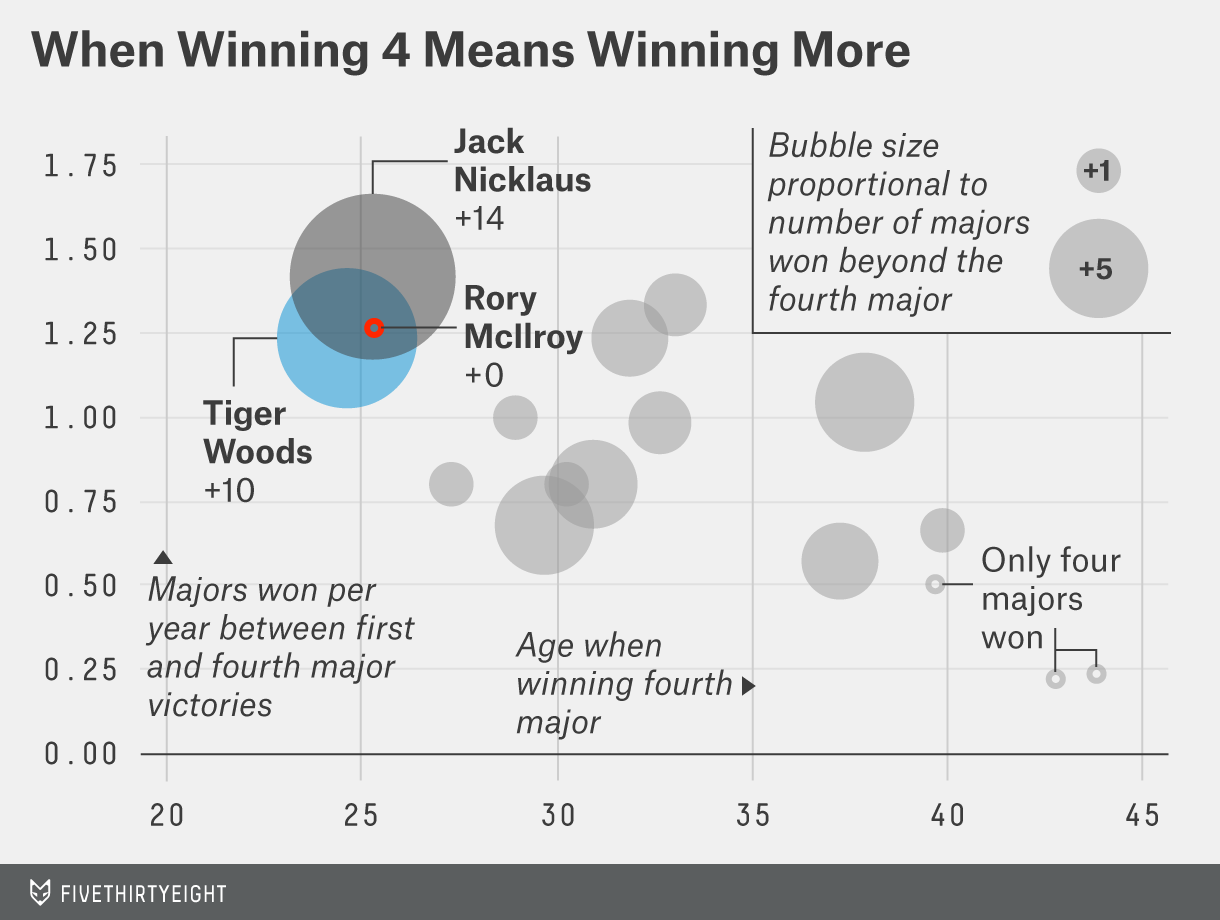 Of course, after Woods won his fourth major, he went on to win the next two as well, and four of the next seven, so it’s silly to call McIlroy the next Tiger. But McIlroy doesn’t have to be as good now as Woods was then to have a chance at passing Nicklaus — Woods was way ahead of Nicklaus’s pace before injuries and possibly other things got the better of him.

And now, even after clawing his way back to the top of the rankings, Woods isn’t who he used to be. At this point, it would take something unprecedented for him to match or pass Nicklaus. He needs four majors for a share of the lead, but by the time the Master’s comes around again in 2015, it will have been nearly seven years since Woods last won a major (no player has ever won four majors after going even five years between wins). And Woods will be 39 years old (no player has ever won four majors after the age of 39, not even the notoriously ever-spry Nicklaus).

The good news for Woods is that he has some experience doing things that are fairly unprecedented in golf.

But what about McIlroy’s expectation at this point? Trying to model the long-run performance and behavior of outliers can be particularly difficult, because the other data isn’t really a good guide. Nonetheless, assuming McIlroy faces the same regression to the mean as the average golfer does after a hot start (about a 50 percent to 75 percent reduction in win rate for the rest of his career), my best estimate is that he should win around 12 majors — plus or minus six or eight.