The rising conflict in Iraq has brought the war-torn country back onto the front pages of Western newspapers. It’s the latest in a series of crises and controversies abroad that focus attention on what has become a weak spot for President Obama: Although Obama’s job approval on foreign policy had once run ahead of his overall job-approval rating, it now runs behind.

But the public hasn’t just soured on the president’s handling of foreign affairs.

For most of the Obama administration, polls showed voters trusted Democrats to direct the U.S. on the international stage more than they trusted the GOP. Not anymore. Republicans are now more trusted on foreign policy than are Democrats.

Here’s which party Americans trust more on foreign policy over the past 20 years (using a local regression): 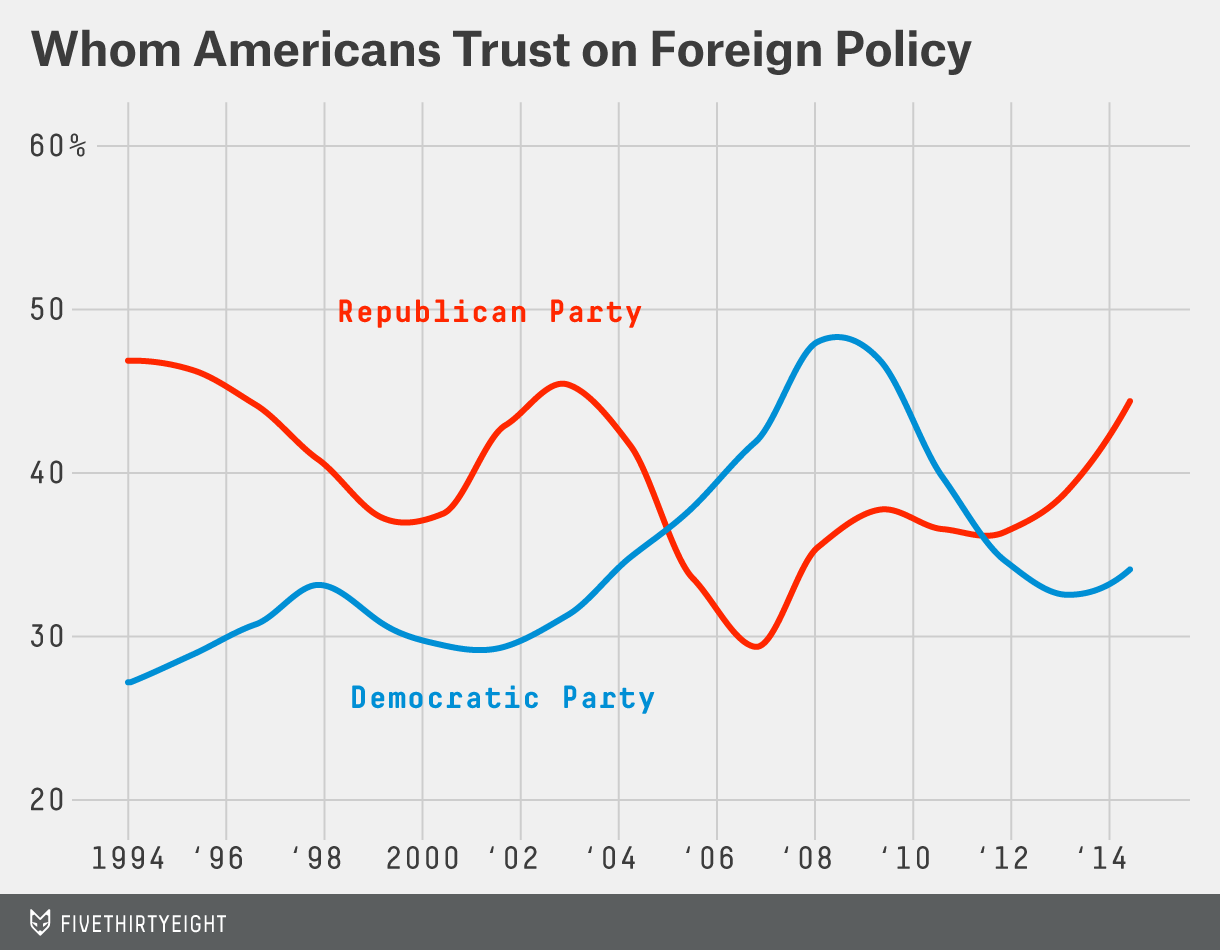 Foreign policy has traditionally been a Republican stronghold. Even during the Clinton administration, Republicans held a sizable and enduring lead on the issue. That lead peaked during the George W. Bush administration, after the Sept. 11, 2001, terrorist attacks and before the start of the war in Iraq.

As the war dragged on, however, the GOP edge began to erode. By the time Obama entered the White House, Democrats held the lead on the issue. That edge, too, began to decline in the latter part of Obama’s first term. This traces somewhat with Obama’s overall decline on foreign policy.

At the end of his first term, the two parties were trusted roughly evenly on foreign policy. But over the past two years, crises — including the fallout over the 2011 attacks in Benghazi, Libya; Russia’s invasion of Ukraine this year; and the recent resurgence of conflict in Iraq — have come. Republicans regained their advantage.

The most recent poll on the issue, from Fox News, shows 46 percent of registered voters think the Republicans are better on foreign policy, and 35 percent prefer the Democrats. That 11 percentage-point gap in favor of the Republicans is wider than the gap on any subject the survey tested, except for which party is “more pro-business.”

Don’t be surprised if in the coming weeks and months, Republicans hit Obama on Iraq. Sending troops into Iraq may not poll well, but the door is open for the GOP’s ideas on foreign policy.