For much of the Obama administration, the American people viewed foreign policy as one of the president’s strengths. Obama ended the unpopular war in Iraq, sought to rebuild strained foreign relations, and authorized the mission that killed Osama bin Laden. Exit polls suggest Obama’s foreign policy record helped him defeat Mitt Romney in the 2012 presidential election.

But over the past year and a half, the president has been bedraggled by foreign policy controversies, including his handling of the attacks in Benghazi, Libya, and their aftermath, the National Security Agency’s collection of data at home and abroad, Russia’s incursion into Ukraine, and, most recently, the prisoner swap for Sgt. Bowe Bergdahl.

We can see this by tracing (with a lowess regression) Obama’s overall approval rating and foreign policy approval rating over time, using polling data gathered by Huffpollster. 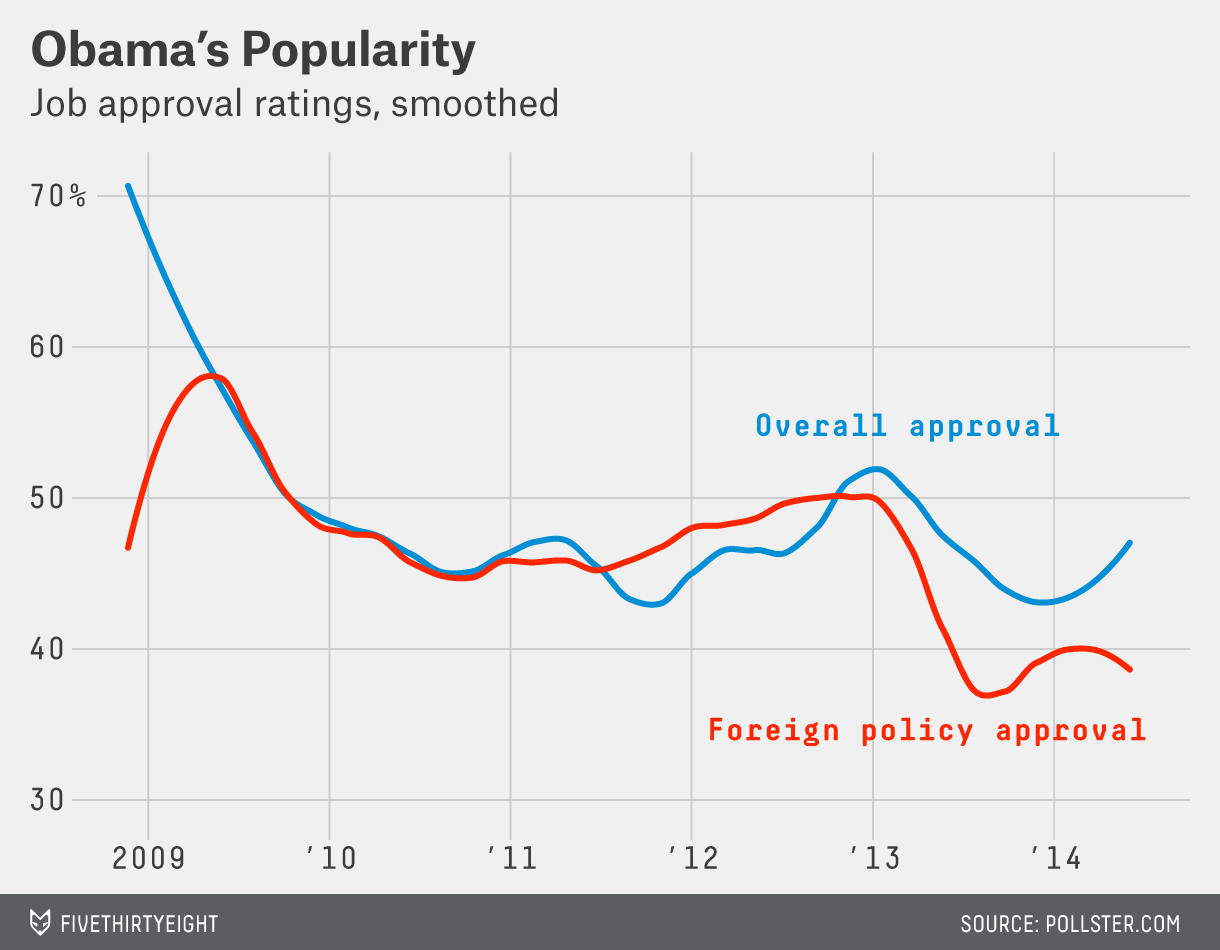 Obama’s approval rating dipped going into the 2010 midterm elections and again during the debt limit crisis in 2011. It then rose in the lead up to the 2012 presidential election and the honeymoon period afterward before dropping again throughout 2013. Only recently has it begun to recover. 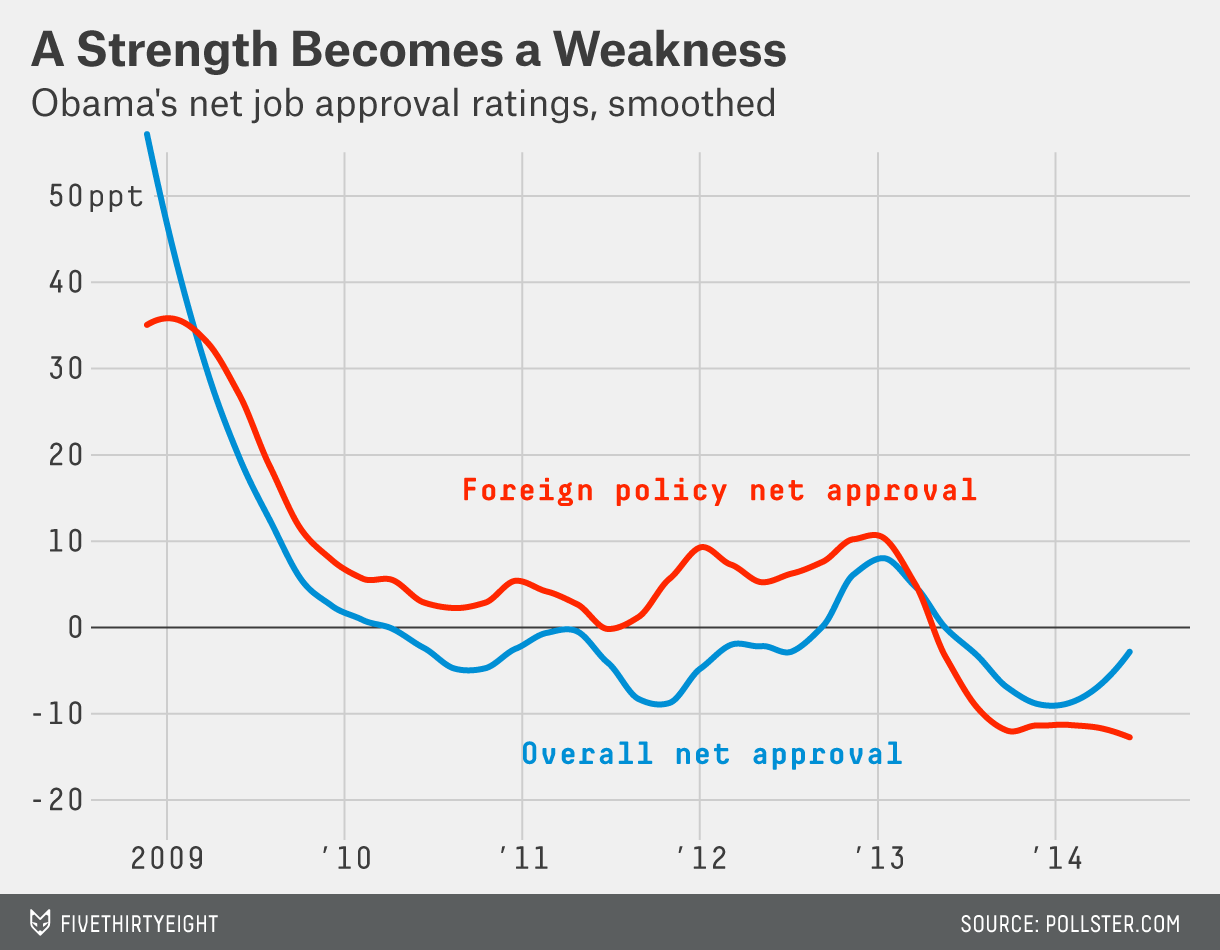 Here we get a slightly different picture but have the same conclusion. Obama’s popularity on foreign affairs consistently outperformed his overall approval rating. That was something that could only have helped Obama in Americans’ eyes.

But this started to change midway through 2013. For more than a year, Americans’ perceptions of Obama on foreign policy have been a drag on his popularity.

Correlation is not causation, but it’s hard not to conclude that the foreign policy controversies of the past year and a half have dented Obama’s appeal. If they hadn’t, we’d expect that, at worst, his foreign policy approval rating to track with his overall approval.

What does this mean for Obama going forward? Last year, Gallup found that the most important factor in a person approving or disapproving of Obama was how they viewed him on the economy. Over the past few months, a rise in Obama’s overall approval rating has been matched by a rise in his economic approval rating. That said, Gallup also determined that how a person views Obama on foreign policy still plays a role. Obama’s overall approval rating would probably be higher if people had the same opinion of him on foreign policy that they did a few years ago.