Because very few national polls were released after Iowa, we’ve been eagerly awaiting Monmouth University’s latest national poll even as ballots are cast in New Hampshire. That data has now been incorporated into the model, and with just a few hours until the first polling places close, we’ve frozen the forecast — candidates’ odds won’t update and no new information will be added until after New Hampshire results are available. 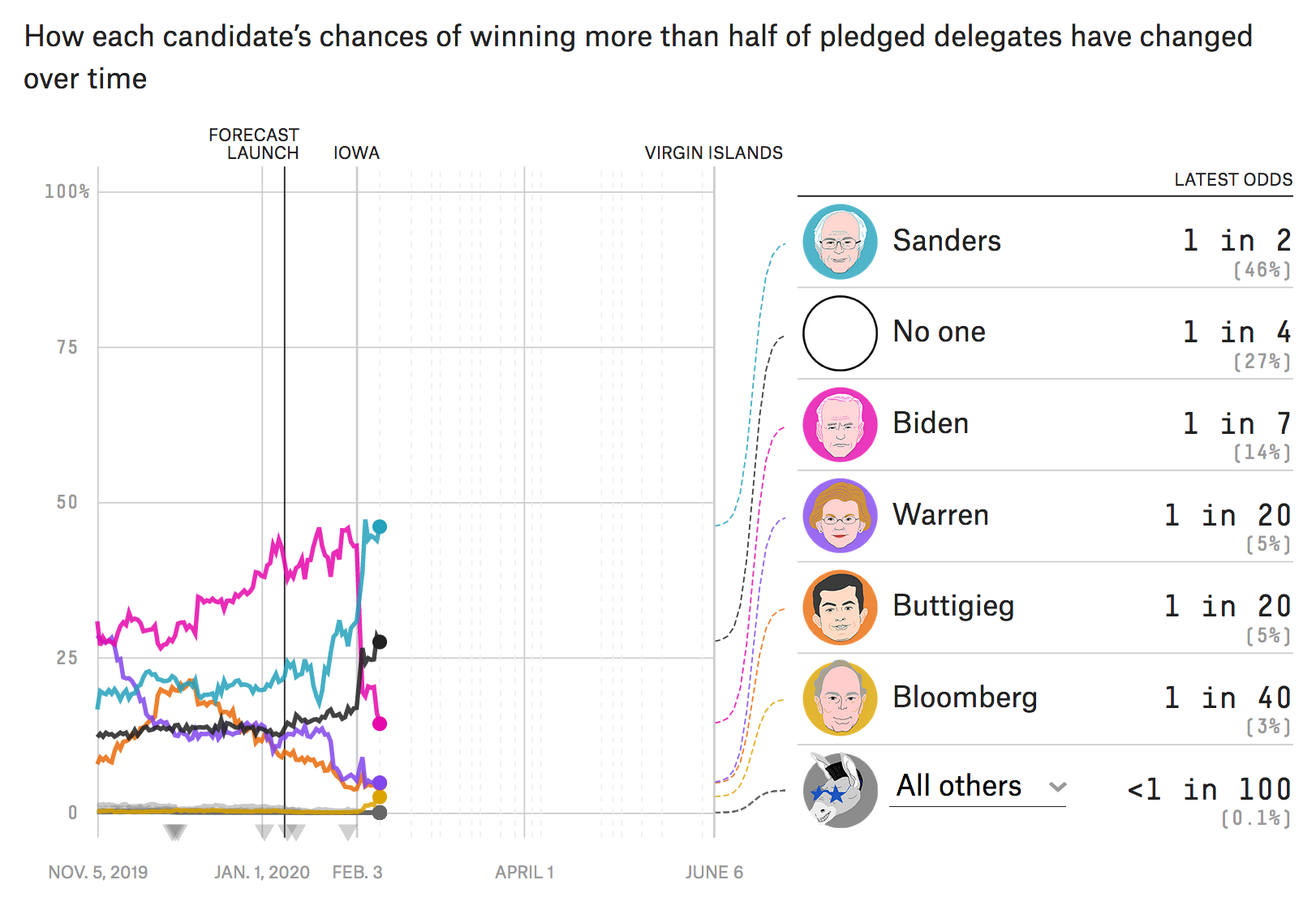 The polls heading into New Hampshire have been pretty clear: Sanders has a fairly comfortable lead. Buttigieg has seen a bounce post-Iowa, but that has started to level off in recent days, which is why our forecast thinks Sanders still has the best shot of winning the most votes in New Hampshire.

In fact, things look pretty good for Sanders more generally. There haven’t been that many national polls since Iowa, but three more have come out since yesterday afternoon, and all of them show Sanders ahead of Biden to varying degrees:

As for the last three New Hampshire surveys we have, they largely echo what other late surveys of the Granite State — and our model — show: Sanders is leading, but Buttigieg is within striking distance, while the rest of the field lags several points behind.

Taken together, these polls show Sanders with an edge in New Hampshire, but they suggest Buttigieg could still overtake him. It’s also possible that Klobuchar is inching toward a third-place finish, which, if it happens, could help her remain in the race for some time to come. None of the surveys offered much good news for Warren or Biden, though you can never rule out surprises in New Hampshire. Regardless, we’ll be following all the results tonight on our live blog, so please join us as we dig into the numbers and analyze what New Hampshire means for the Democratic nomination contest.