The 2018 election saw some remarkable performances by Democrats — including, prominently, in the red state of Texas, where Democrat Beto O’Rourke came close to defeating Republican Sen. Ted Cruz. But in Florida, which is usually considered a swing state, Republicans Rick Scott and Ron DeSantis won the Senate and gubernatorial races (albeit by razor-thin margins), respectively, even as the national political environment favored Democrats by almost 9 percentage points. This gave rise to a narrative among political observers that Florida may now be further out of Democrats’ reach than Texas is. But this … has never made a lot of sense to me, and a new poll has given my side of the argument some ammunition.

This week, Quinnipiac University released a survey of Florida voters that included six possible 2020 general-election matchups between President Trump and different Democratic candidates. It found Trump trailing his Democratic opponent in each case, with margins ranging from 1 to 9 percentage points. As luck would have it, Quinnipiac three weeks ago asked Texas voters about those six general-election matchups. In that poll, five of the six Democrats trailed Trump — only former Vice President Joe Biden beat him (by 4 points).

Now, to be clear, I’m not asking you to put a lot of stock in those individual matchup results — as my colleague Perry Bacon Jr. wrote in this space last week, polls of general-election matchups at this point in the election cycle aren’t terribly predictive of the eventual results. However, we can compare the results of the Texas and Florida polls with a recent national Quinnipiac survey that asked about five of the matchups to get a sense of how much more Republican each state is than the nation as a whole.

I think the reason people have rushed to re-shade Florida from purple to red has to do with misplaced perceptions. Florida went blue in the 2008 and 2012 presidential elections and red in 2016, leading many to think of it as a bellwether state. But in each of those years, the Democratic presidential candidate did worse in Florida than they did in the national popular vote, so the state was actually a bit red relative to the country as a whole. The results in 2018 were consistent with that.

It’s not that I don’t agree that Florida is a Republican-leaning state — I do think it is light red. But I fear that people are overcompensating for (wrongly) considering it perfectly purple before 2018 by now considering it stubbornly Republican. And while Texas appears to be drifting toward the middle, for now at least, both polling and election results suggest that it is still redder than Florida. 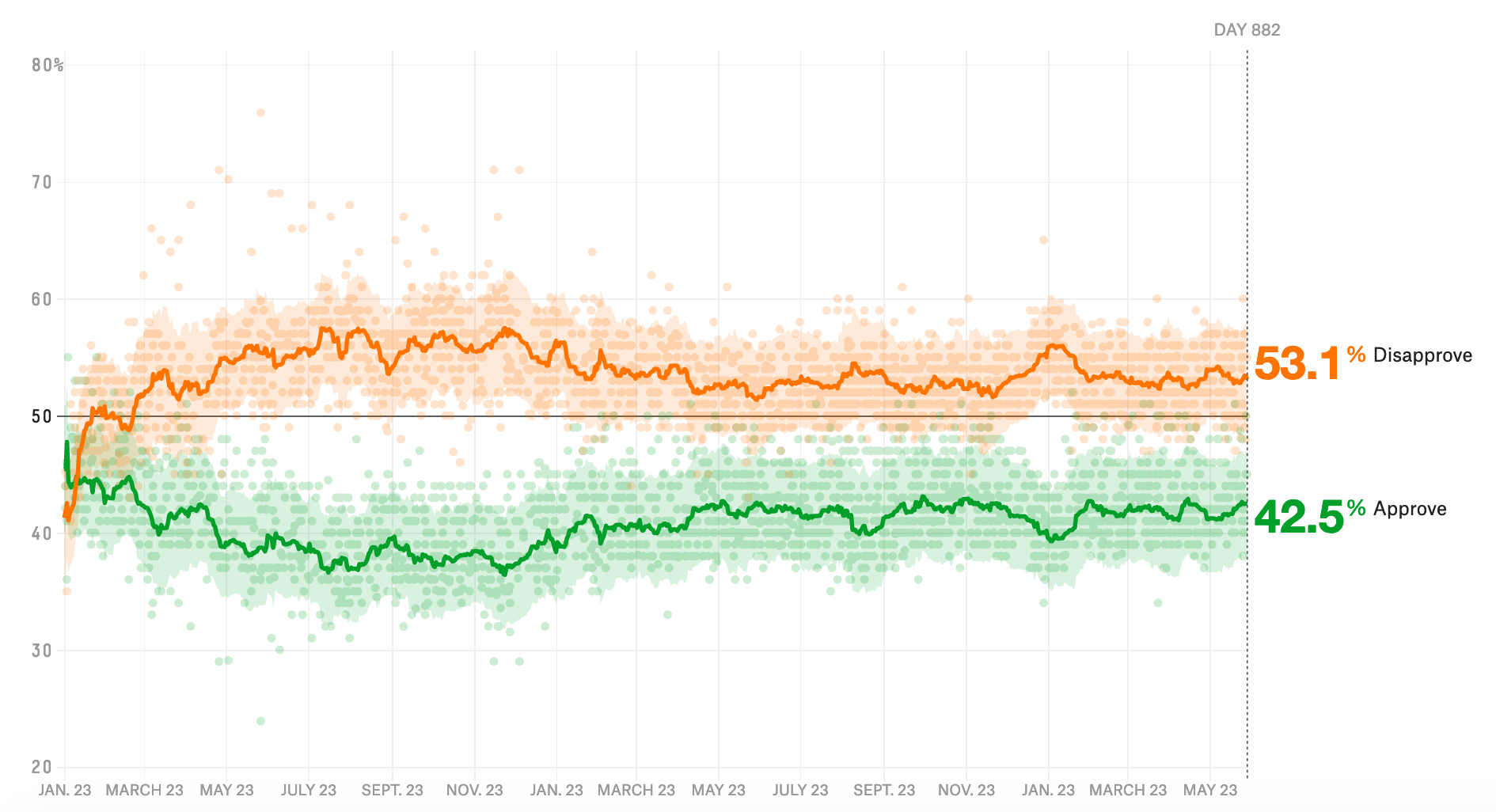