With just about five weeks remaining in the 2014-15 regular season, we present another edition of FiveThirtyEight’s NBA Power Ratings. How do these numbers work? In a nutshell, each team is ranked according to a projection of its strength over the upcoming week — and the upcoming week only — using Real Plus-Minus (RPM) player ratings provided by Jeremias Engelmann and Steve Ilardi. For more details on the methodology, see our introductory rankings post. 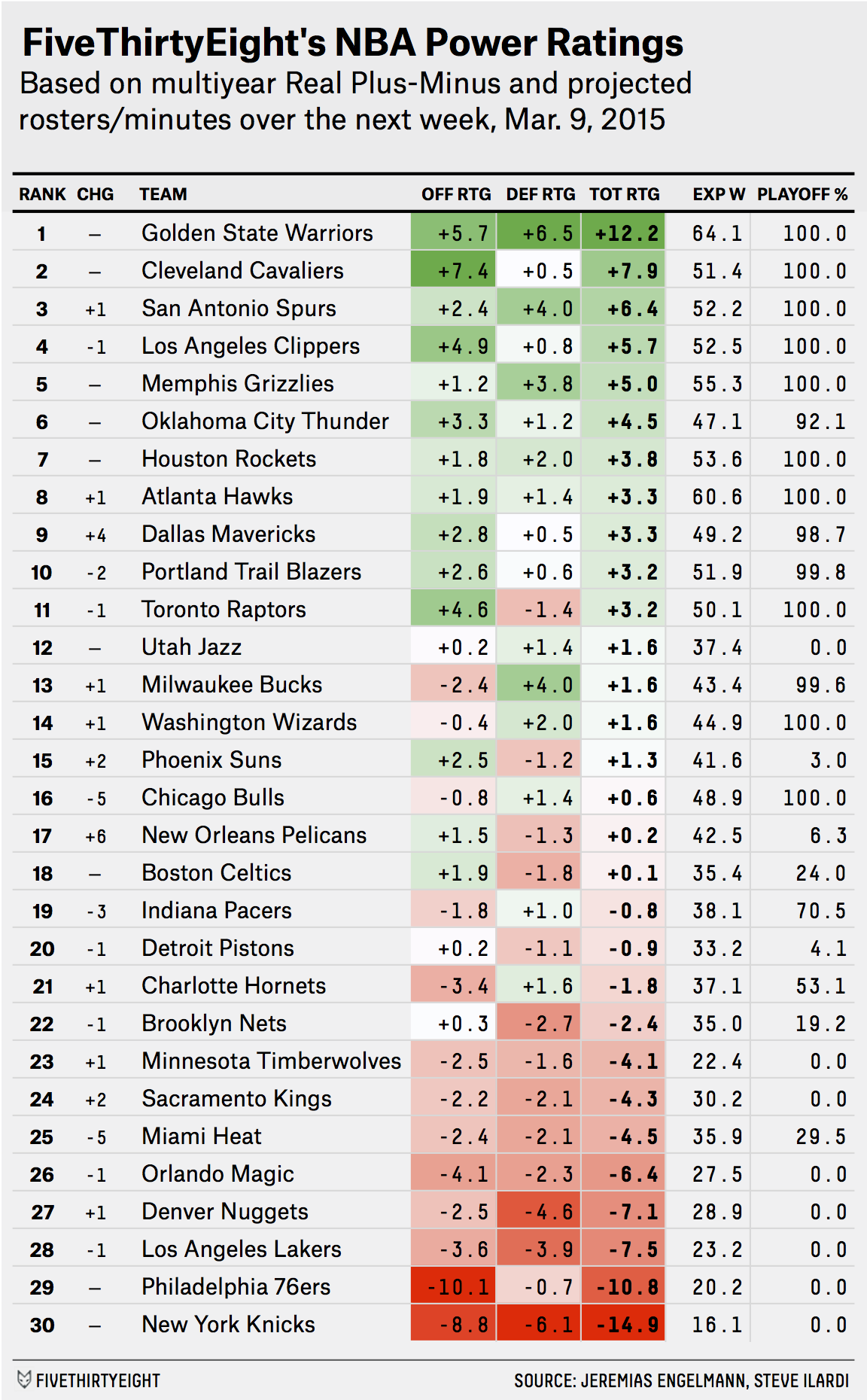 A few observations on this week’s ratings: