The image of Caitlyn Jenner, formerly Bruce, on the cover of Vanity Fair was quickly circulated Monday and praised by LGBT activists for “accelerating acceptance” of transgender people. Jenner told Diane Sawyer in an earlier interview that she hopes sharing her experience will increase awareness of transgender issues and bring more visibility to a community that many people are unfamiliar with. Polling shows that nearly a quarter of Americans don’t know what the term “transgender” means and that only about 1 in 10 say they are close with someone who is transgender.

We don’t know the size of the transgender population, but there’s reason to think PRRI’s polling may underestimate how common it is to know someone who is transgender.

Jenner has chosen to publicly share her gender identity, but many transgender Americans do not. In a 2011 survey of 6,456 transgender or gender non-conforming adults in the U.S., 12 percent said they had never told anyone about their gender identity. 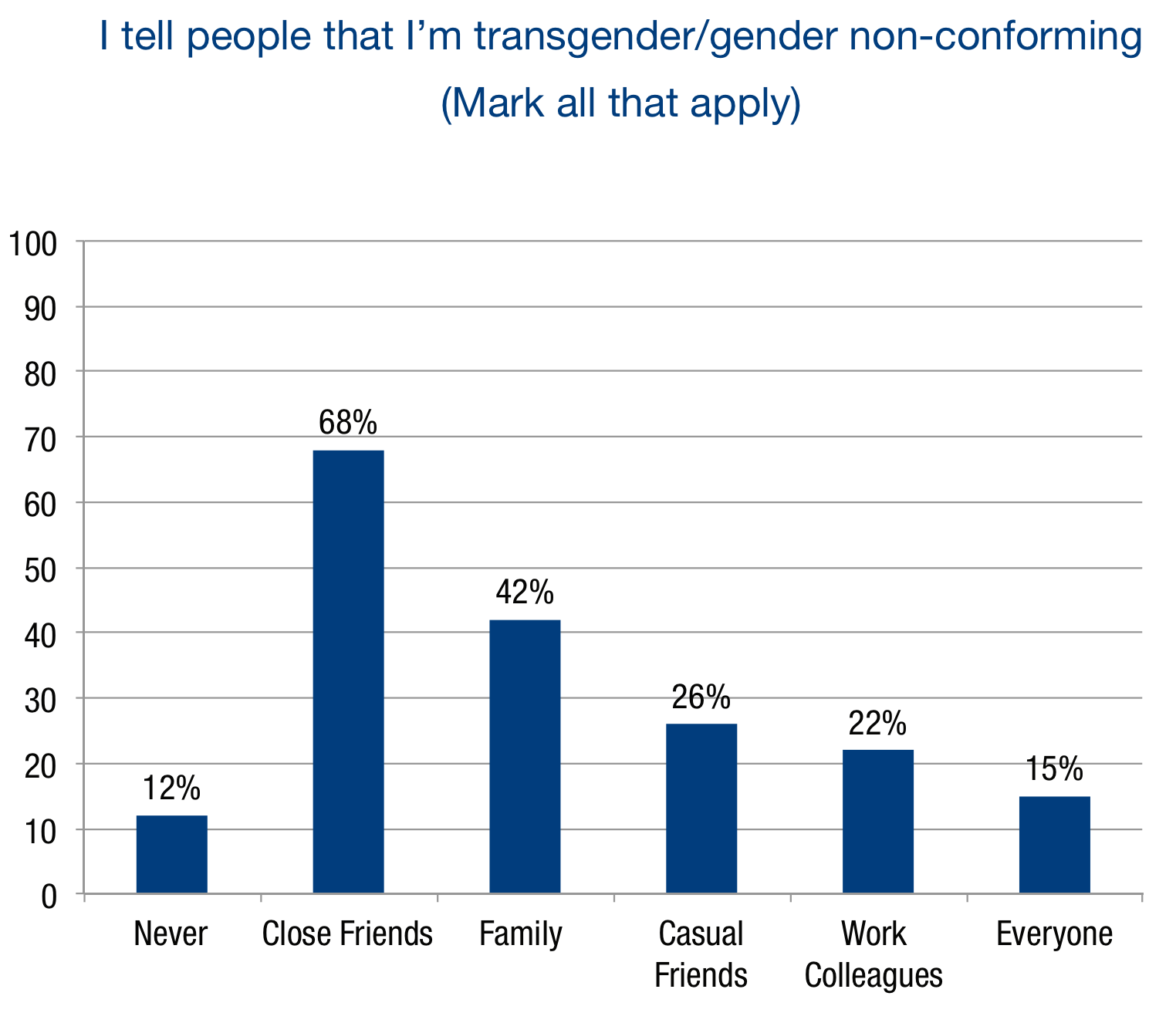 Overall, 41 percent of the respondents said they were “generally not out.” The survey, the largest of its kind in the U.S., was published by the National Center for Transgender Equality and the National Gay and Lesbian Task Force and looked at “outness” as one of several risk factors for discrimination.