In a two-hour interview that aired Friday night, Bruce Jenner told Diane Sawyer that he identifies as a woman. Jenner spoke about his life-long struggle with his gender identity, and touched on many of the difficulties facing transgender and gender non-conforming people.

One of the notable moments in the interview was when Sawyer said this was the last interview that Jenner would do as “Bruce,” but that for now, he prefers male pronouns. (FiveThirtyEight will continue to use male pronouns to refer to Jenner until he indicates he prefers otherwise.) As public conversation around the acceptance of transgender and gender non-conforming people has grown, the use of preferred pronouns has been an important issue. The survey didn’t ask respondents whether pronoun preference was important to them or what pronouns they prefer. But the report did find that 45 percent of respondents had been referred to by the wrong pronouns “repeatedly and on purpose” at work — and that respondents with lower incomes were more likely to have experienced this. The following charts are from the NCTE and NGLT report: 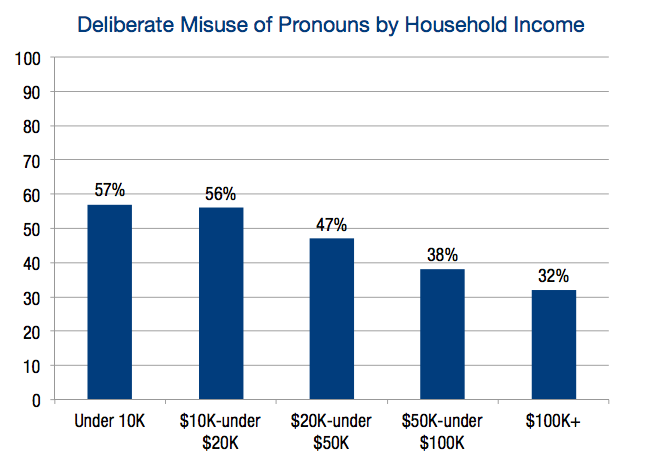 This finding raises a difference between Jenner and the transgender and gender non-conforming population covered in the survey: his wealth and status as a former Olympic athlete and more recently as a star on E!’s “Keeping Up with the Kardashians.” Unemployment among survey respondents was twice as high as the national average, and survey respondents were much more likely to be living in poverty and much less likely to have a household income of more than $100,000 per year than the average American. 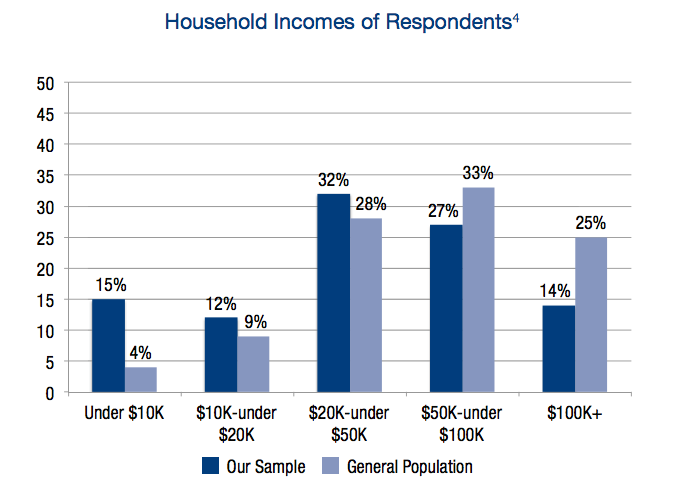 Jenner also discussed the difficulty of sharing his gender identity with his family, many of whom appeared in the interview to express their support. That support is important for people who come out as transgender. According to the report, 57 percent of those surveyed experienced family rejection, which was highly correlated with other negative outcomes. Those who experienced family rejection were almost twice as likely to have attempted suicide and three times as likely to experience homelessness.

The report found that the older the survey respondent was at the time of transition, the less likely they were to have experienced homelessness. “A possible explanation is that prior to a late-life transition process, these respondents may have hidden their transgender identity or gender non-conformity and thus been better able to preserve jobs and secure housing over time,” the report said. Most of those surveyed had transitioned between the ages of 18 and 44. Jenner’s first experience with transitioning, when he was in his 40s, fell into that range. But after five years, he lost his “nerve” and stopped the process, he told Sawyer. Now, at 65 years old, Jenner is well above that group in age. 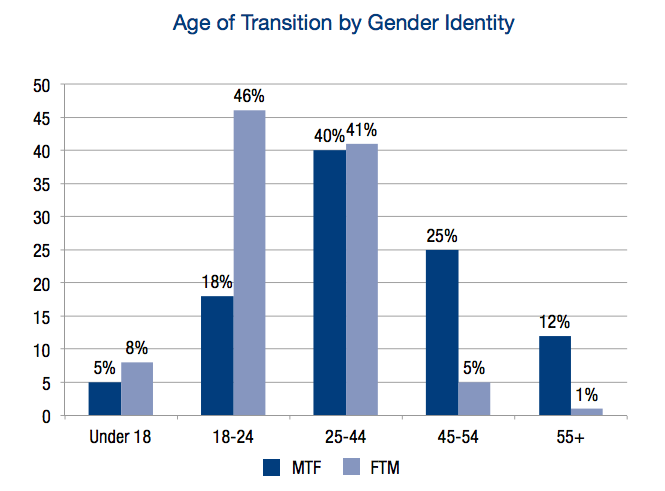 Obviously, it’s wonderful for Jenner that members of his family have been so supportive and that he now feels comfortable speaking publicly about his identity. The more that people of Jenner’s status and fame speak out about their experiences identifying as transgender or gender non-conforming, the more accepted those experiences will become. “What I’m doing is going to do the world some good,” Jenner said. “I would like to think we could save some lives here. Maybe this is my cause in life, this is why God put me on this earth — to deal with this issue.”