Running, jogging and triathlons are in. Football, paintball and horseback riding are out. So are sports that can be enjoyed with a beer — or three.

That’s the quick take on the latest survey from the Sport & Fitness Industry Association, released Monday. The group — a partnership of six industry associations — fielded nearly 20,000 surveys in January and February, asking Americans (both individuals and households) about their physical activity last year. Overall activity was flat, a turnaround from declines in recent years.

Individual sports and activities, though, showed bigger changes, some of them dramatic. The number of people who participated at least once in adventure racing or a traditional triathlon increased by more than 25 percent last year compared with the year before. Meanwhile, nonmotorized scooter-riding and non-inline roller skating experienced big declines. 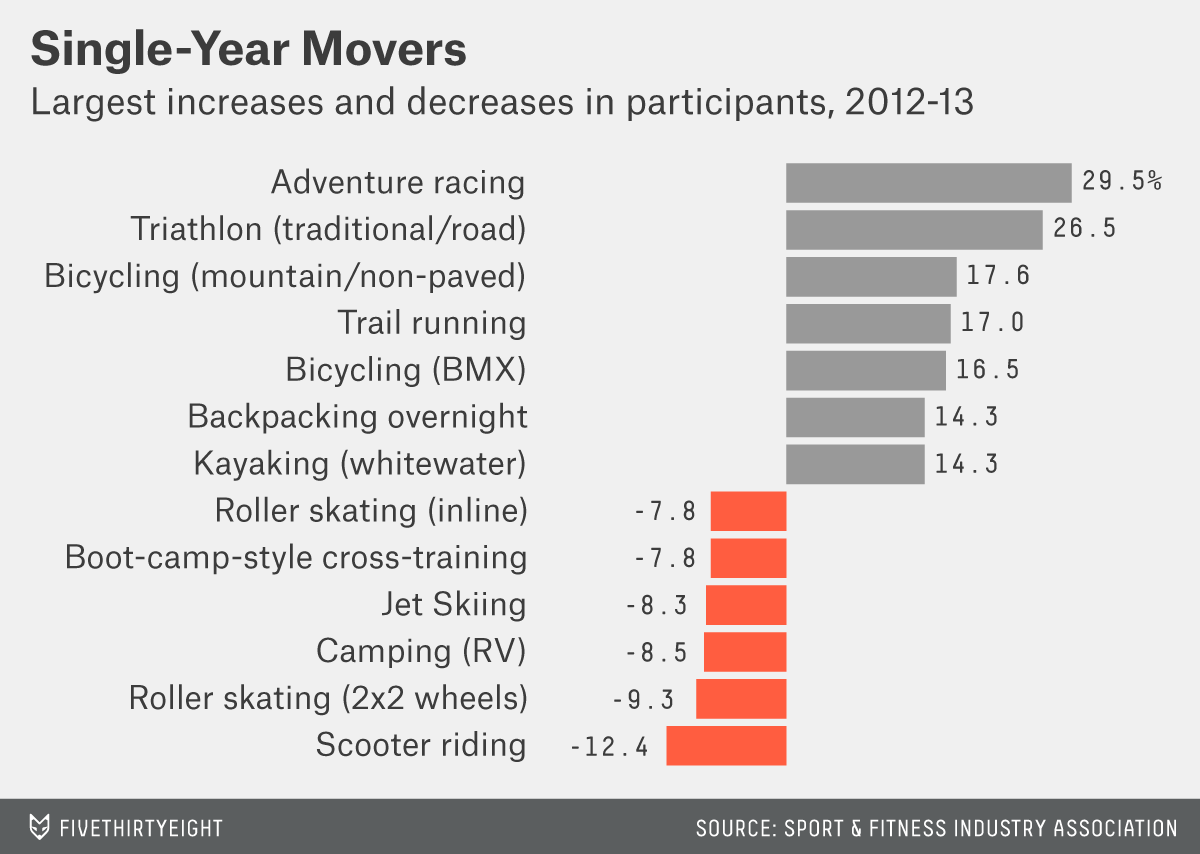 Even with such a big sample, year-by-year changes in individual sports may not mean much. I limited the analysis to activities with an estimate of at least 2 million participants last year, but that still means a change of 10 percent could be a difference of just a dozen or so respondents. And that’s when looking at total participants. The group also reports more regular participants, but that means an even smaller sample size. (Also, as I noted when writing about this survey in a recent piece, the survey is fielded only in English, which could skew results for activities that are unusually popular or unpopular among U.S. residents who are less comfortable speaking to strangers in English.)

We get a more reliable picture when looking at five-year trends. 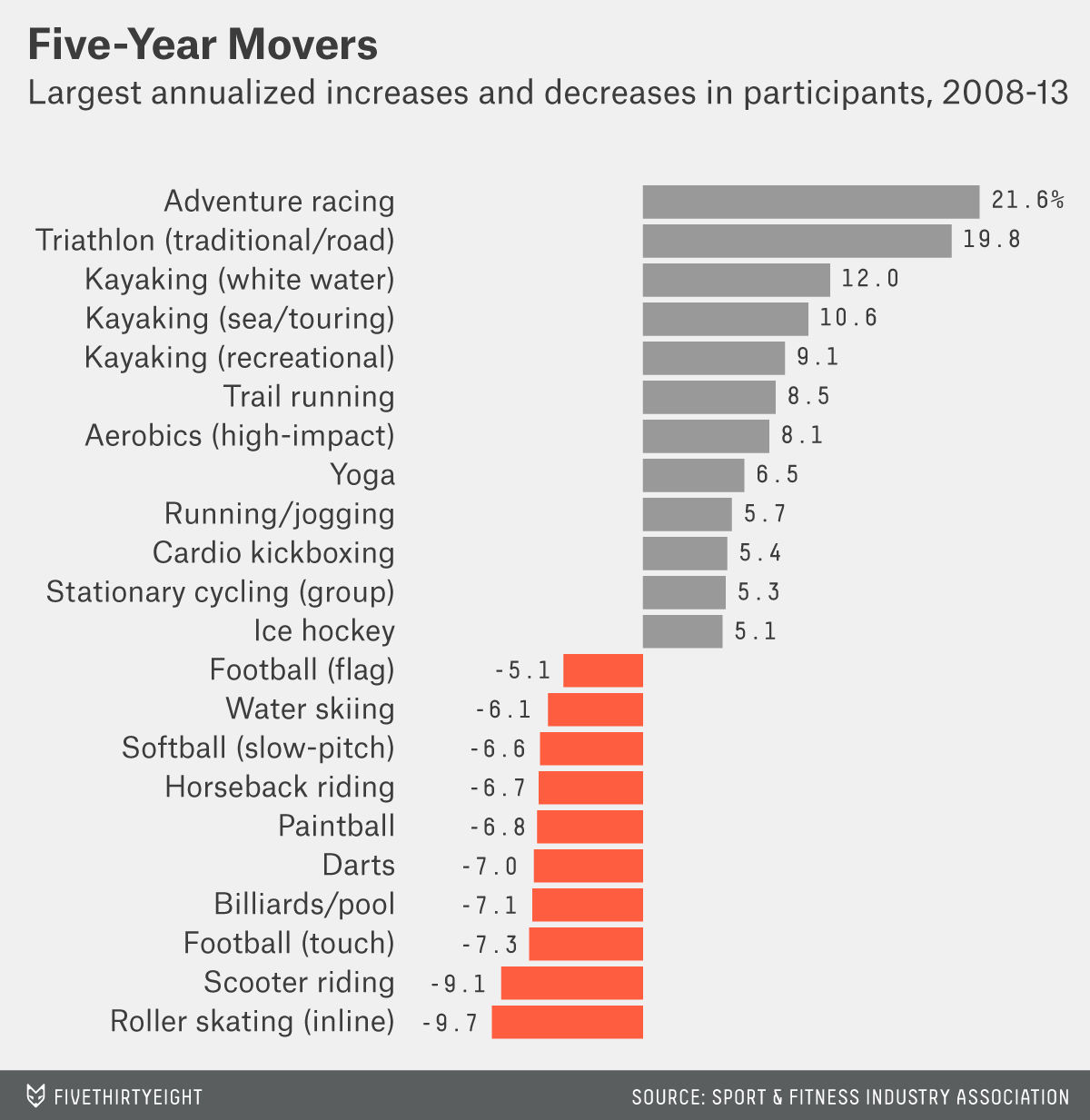 Triathlon and adventure racing still top the gainers list. Kayaking, trail running and yoga are other solitary or noncompetitive endeavors increasing in popularity. Meanwhile, activities popular in bars or in other venues where beer often is sold — including pool, darts and bowling — are losing ground. So are all varieties of football — though touch football sustained the biggest percentage decline, suggesting concussion fears aren’t solely to blame.

To sum up: We’re bowling alone — or together — less often, but running, paddling or posing more.