In an article published Wednesday — “Was Lionel Messi Tired?” — we proposed that Messi’s sometimes-criticized “work rate” — the fact that he appears to cover less distance on the field per minute than just about any non-goalkeeper — might actually be an important part of what makes him as good as he is.

It’s a counterintuitive possibility and would fly in the face of conventional wisdom, as well as decades of soccer coaching. But at the very least, it deserves to be considered.

And this wouldn’t be the first time the conventional wisdom seemed lacking with regard to Messi.

For example, Messi hardly ever uses “crossing passes” to set up other players. Such passes have traditionally been considered a cornerstone of soccer offense, and empirically they’re still the dominant method of delivering the ball into the penalty area. In the Opta play-by-play data set, about 42 percent of such deliveries are crosses, yet Messi has eschewed them as far back as our data goes (his comparable rate is less than 10 percent).

But even if we assume the balance between crosses and not crosses was optimal, there would seem to be an even better reason why Messi doesn’t use them: comparative advantage. Although he’s good and productive when he uses crosses, he’s even better when he doesn’t. The following chart compares regular open-play (non-set-piece) passes into the penalty area by Messi and by everyone, from crosses and not-crosses: 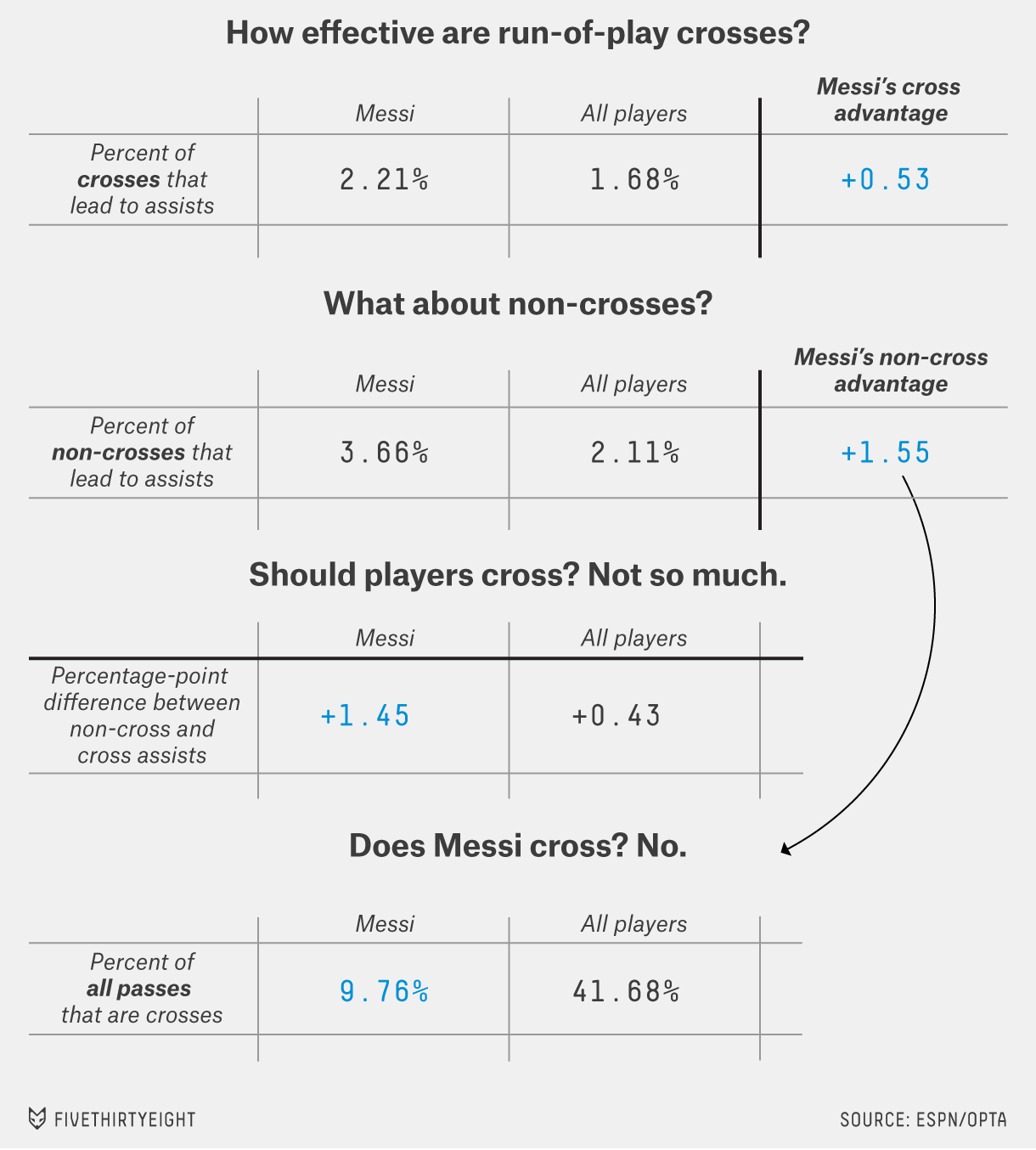 There’s this thing that everyone does that’s supposedly super-important. Except that it’s not as good as people think it is. And though Messi’s good at it, he’s better at something else. So he does that instead.

Just how rare is it to cross so little?

This sort of thing is style-dependent. Barcelona runs a more possession-based offense (crosses are the favored technique of the up-down, attacking-style soccer traditionally favored by England), yet Barca players other than Messi use crosses to deliver to the penalty area about 30 percent of the time — much, much closer to the 42 percent average of teams in the big five soccer leagues than to Messi’s rate.

Messi also plays in the center above the box, which means he’s in position to cross less often. But this is true of many players, and Messi makes more non-cross passes and fewer cross passes (relatively) than anyone (including even midfielders): 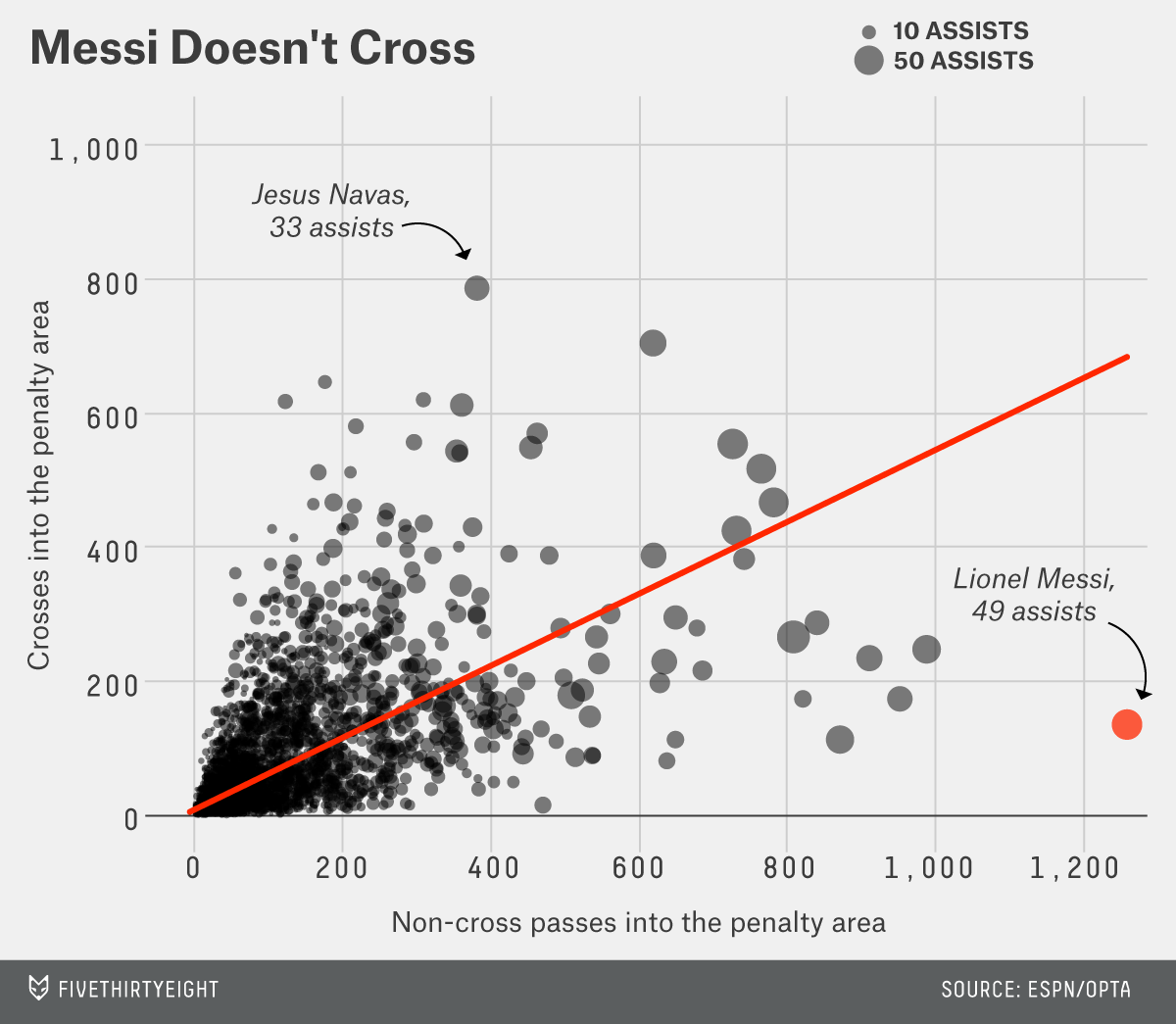