The cutoff of federal unemployment benefits doesn’t seem to be helping the long-term unemployed get back to work.

More than a million Americans saw their unemployment benefits expire at the start of the year, after Congress failed to renew the Emergency Unemployment Compensation program. The program, which Congress created in 2008, had provided federally funded payments to unemployed workers when their state-funded benefits ran out, usually after 26 weeks.

The Senate recently voted to restore the benefits, but the House shows little sign of following suit.

Some economists had argued that the program was doing more harm than good by discouraging recipients from looking for work or taking jobs. They said that because the job market was improving, the time had come to cut off benefits. That would prod the unemployed to get back to work, perhaps leading them to accept offers that seem less than ideal.

So far, however, the evidence doesn’t seem to support that theory. Rather than finding jobs, the long-term unemployed continue to be out of luck. 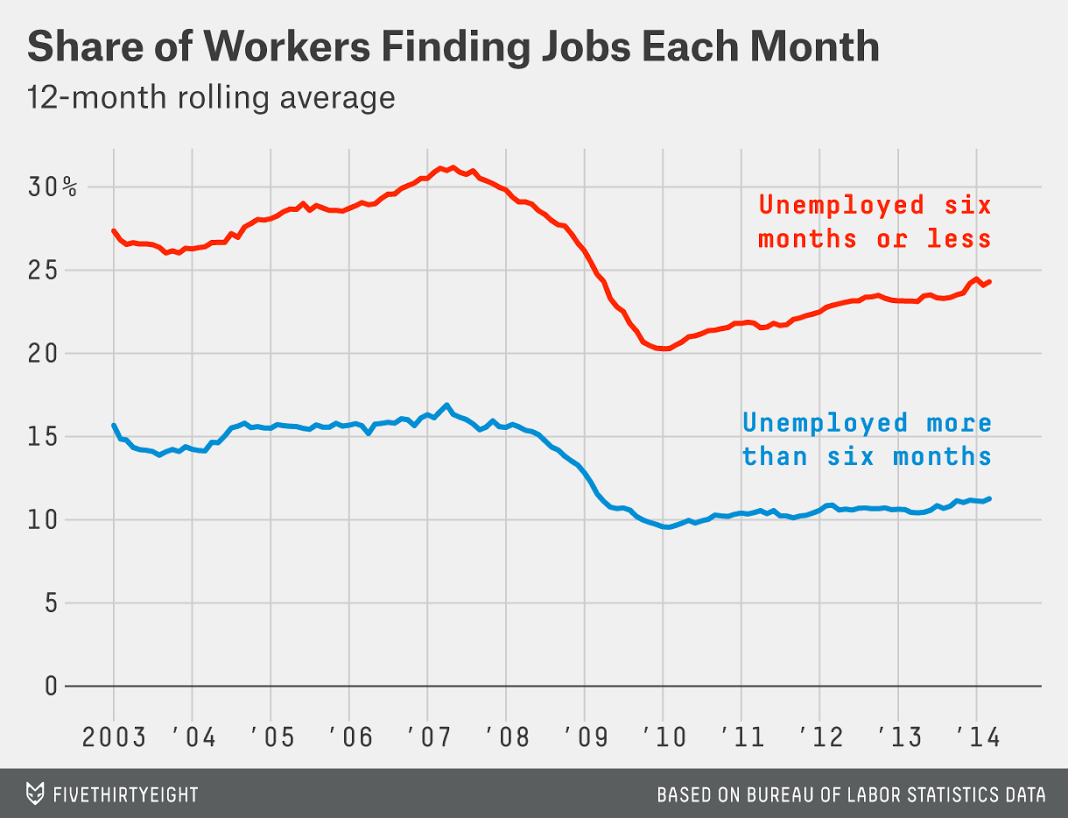 Three months is too small a sample to draw firm conclusions. These calculations are based on the Current Population Survey, which only includes about 1,400 long-term unemployed workers in its sample each month and which doesn’t distinguish between those receiving benefits and those who, for whatever reason, don’t qualify.

Still, the early evidence is consistent with other research. Jesse Rothstein, an economist at the University of California, Berkeley, has found that extended unemployment benefits provide an incentive for people to keep looking for work (or at least claim that they’re looking so they qualify for benefits) but don’t do much to discourage them from taking jobs. And Rothstein and Robert Valletta, a San Francisco Fed economist, recently found that when unemployment benefits run out, former recipients’ income falls sharply.

UPDATE (April 15, 3:35 p.m.): Several readers noted that it’s hard to detect the presence (or absence) of a three-month change on a chart showing a decade’s worth of data. Fair point. Here’s the same data over the past year, without any smoothing: 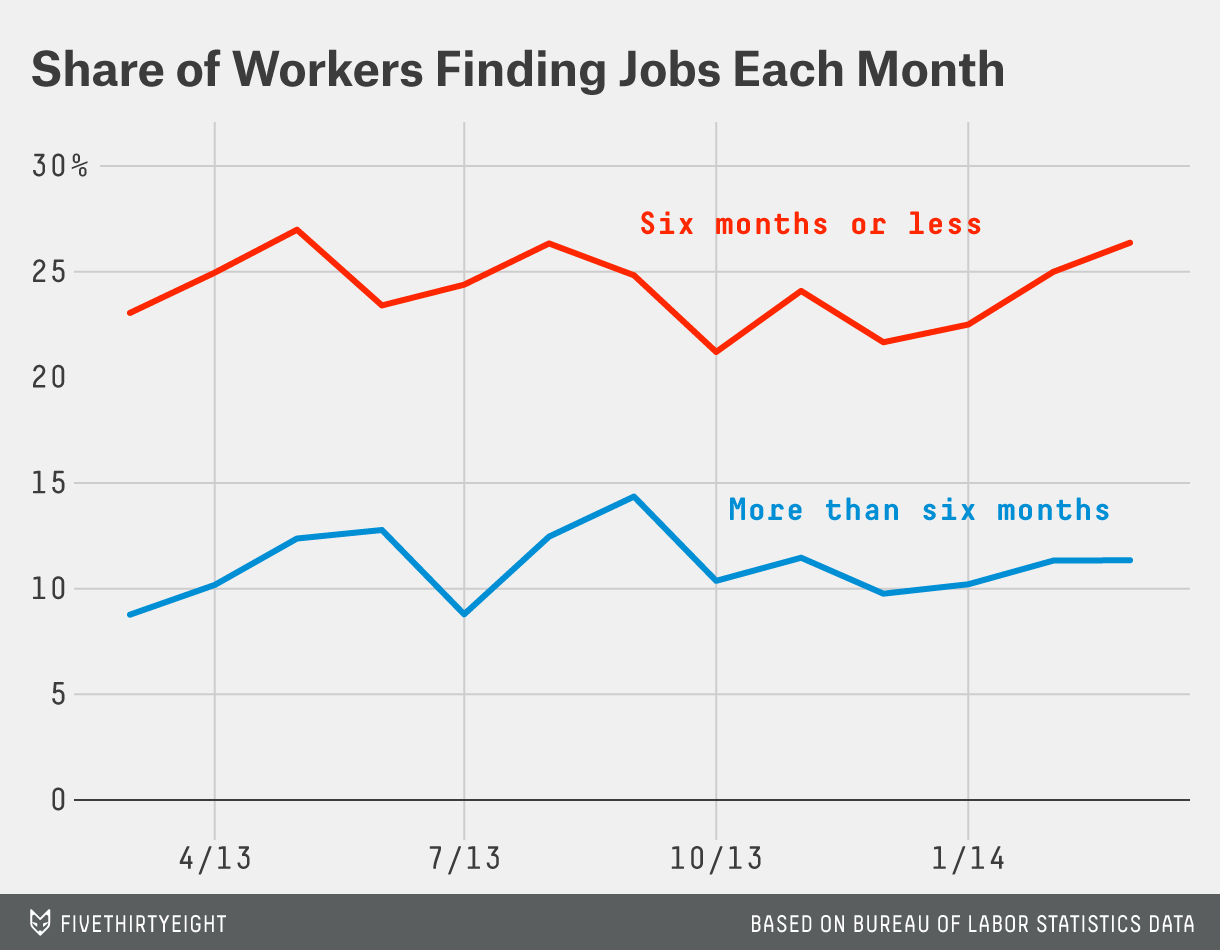