On Wednesday night, former Virginia Sen. Jim Webb announced he was forming a 2016 presidential exploratory committee. In his announcement video, Webb stressed his moderate credentials, apparently aiming at the center of the electorate. That may seem like a mistake in a Democratic primary, but it’s probably the best tactic for the 2016 field.

If he runs, Webb would likely face former Secretary of State Hillary Clinton. Clinton will be very difficult to beat, and a challenge is unlikely to knock her off whether it comes from the left, right or center. But, as I’ve written before, the center is where her support is weakest.

Over the course of the past year, seven national polls included a breakdown by political ideology. In those seven polls, Clinton tended to do better with Democrats who consider themselves liberal. 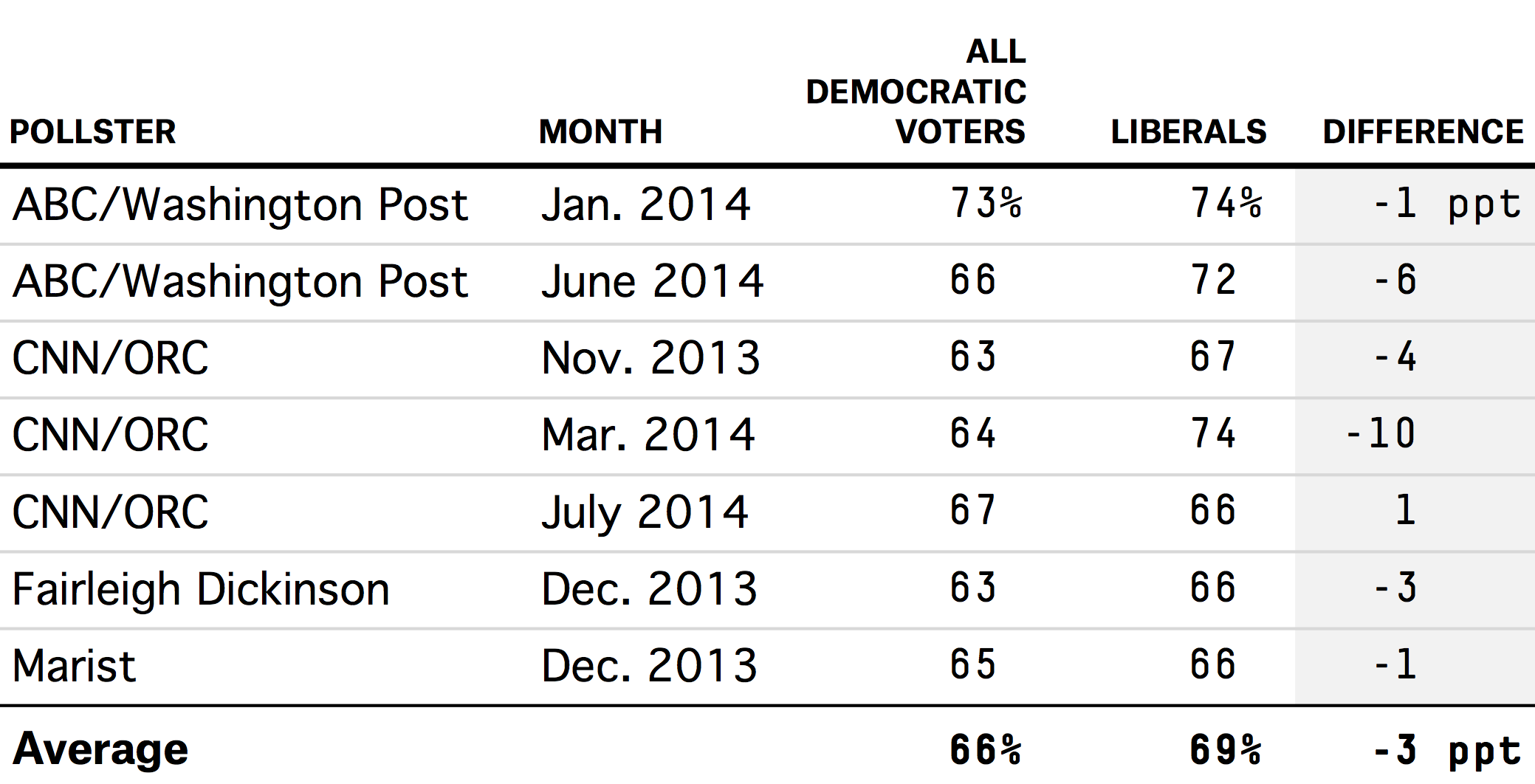 The difference isn’t huge, but it’s clear Clinton has less support among moderate and conservative Democrats than she does among liberal Democrats.

The same holds true for independents who lean Democratic. Of the seven national polls of Democratic primary voters with a breakdown for party identification taken over the past year, Clinton performed best with self-identified Democrats. 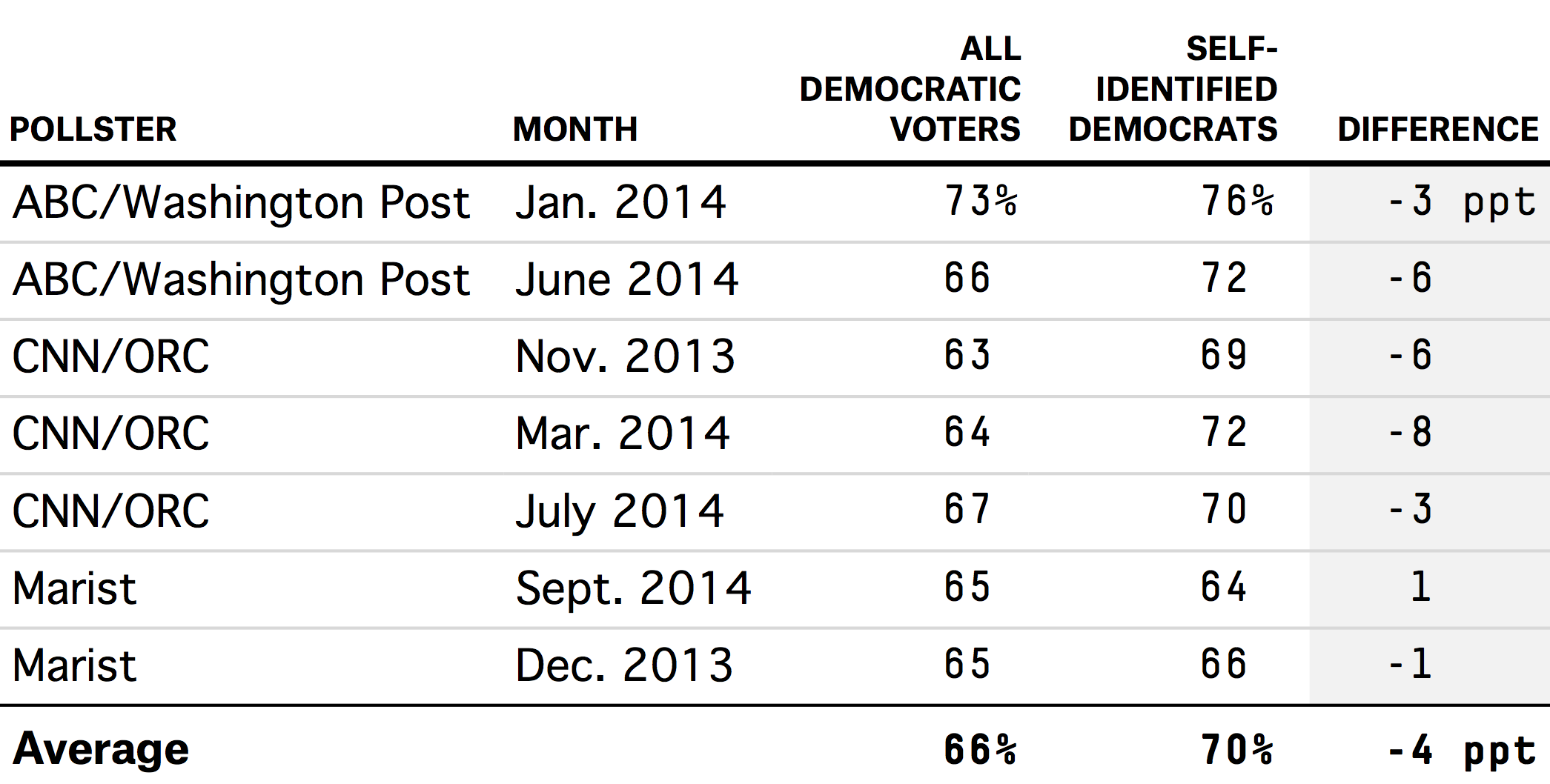 That, of course, means she did worse with self-identified independents who tend to vote in Democratic primaries. Again, Clinton does well with all groups, but there’s more room on her right than her left.

Moreover, Democratic partisans who self-identify as independents may be more willing buck the party line and look for alternatives to the establishment candidate. These independents might be drawn to a candidate like Webb, who would likely run a campaign with little support from other well-known politicians.

And although it will mostly be unspoken, Webb has one other thing going for him: His gender. Clinton, as she did in 2008, is doing better among women than she is among men. In 10 of the 11 national surveys conducted over the last year, Clinton underperformed among men compared to her standing with Democratic primary voters overall. 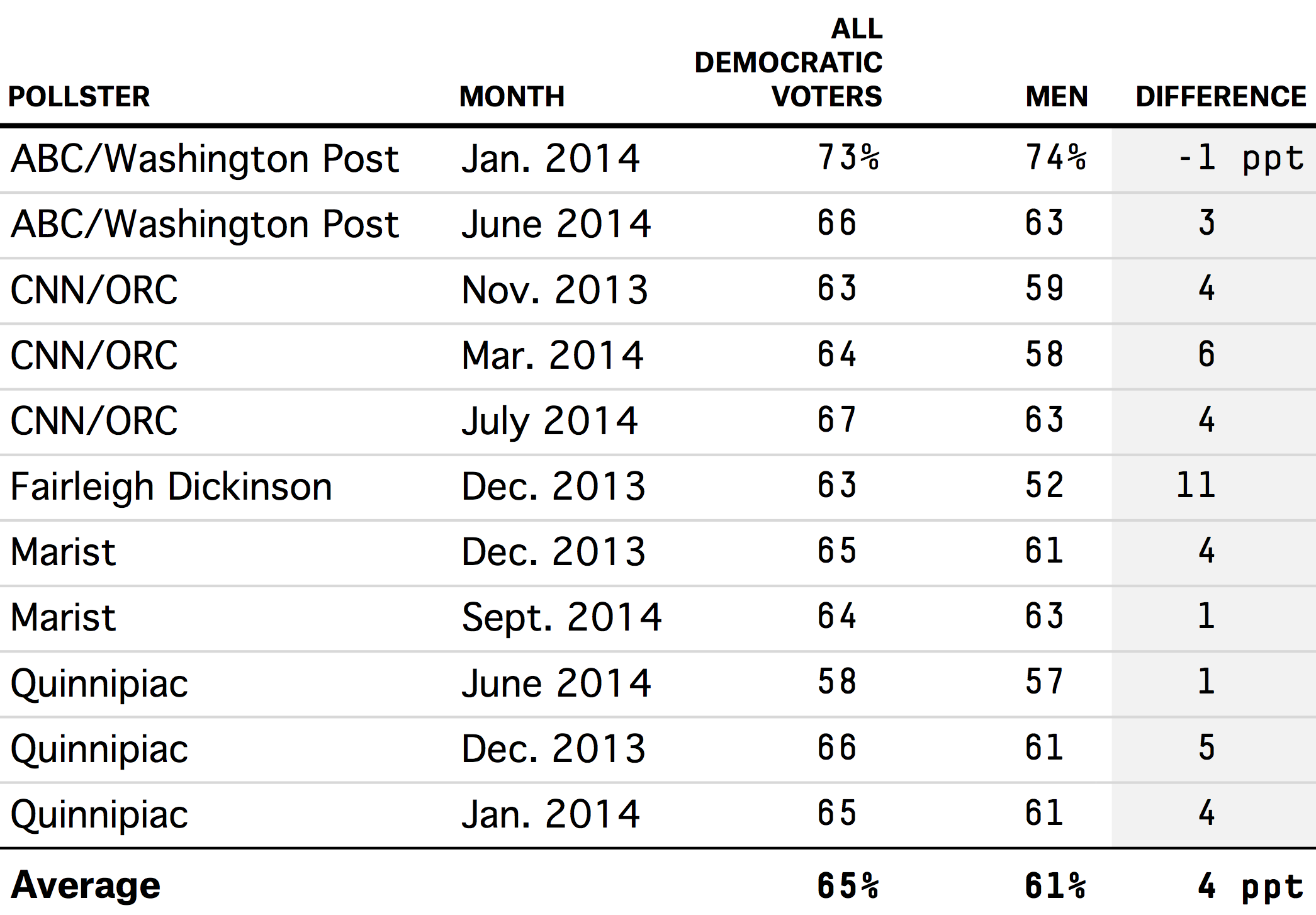 At the risk of flogging a dead horse: Clinton, if she runs, will be a historically heavy favorite in the Democratic primary. She has support from voters across the political spectrum — nationally, and in both Iowa and New Hampshire. And as my colleague Nate Silver noted, she is winning endorsements from all different types of elected officials, a key advantage during the invisible primary (the period before actual voting when candidates raise money and build a campaign infrastructure). Her polling numbers are far higher right now than they were in 2008. Few people (including myself) believe that Webb has much of a chance of beating Clinton.

But if you were casting the ideal Clinton challenger, Webb would definitely get a callback.