Politico reported on Monday that Democrats are in danger in November’s midterm elections — because of Ebola. According to a Politico poll, Republican-leaning voters have less confidence than Democratic-leaning voters in the government’s response to the Ebola crisis.

I have little doubt about the poll’s finding, but Politico’s interpretation is backwards. Some Americans might vote differently because of the Ebola outbreak and the government’s response to it, but the fact that Republican voters distrust the federal government isn’t evidence of that. Ebola isn’t making people more likely to vote Republican. Rather, Republicans are more likely to have less confidence in the government while a Democrat occupies the White House.

You can see that in this chart from Gallup about trust on domestic issues. 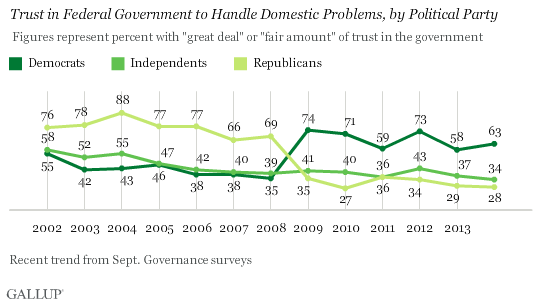 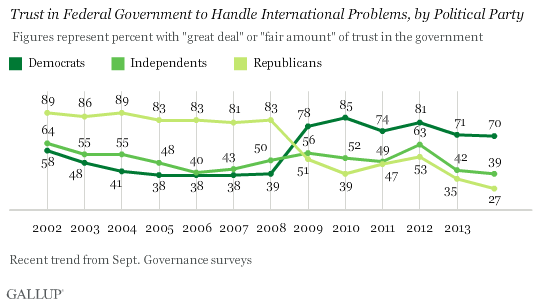 We haven’t seen any evidence yet that Ebola has had a substantial effect on the midterm elections. Republican chances of taking the Senate have crept up over the past few days, to 65 percent in FiveThirtyEight’s latest Senate forecast. But the forecast is still within the range it has been all year.