The U.S. immigration picture is changing fast: Migration from Latin America, and especially Mexico, is falling and has been overtaken by immigration from Asia. In an article Wednesday, I focused on what those trends mean for the debate over immigration policy. But they are also driving a major shift in the broader U.S. Latino population.

The Latino population is growing quickly. More than 54 million U.S. residents identified as Hispanic in 2013, up 15 percent from five years earlier. Hispanics now make up 17 percent of the population, up from 15 percent in 2008.

As a result, the share of U.S. Latinos who were born outside the country is shrinking. In 2007, about 40 percent of U.S. Hispanics — and 56 percent of the Hispanic workforce — were foreign-born, according to American Community Survey and Current Population Survey data. In 2012, immigrants accounted for less than 36 percent of the Latino population. And 2013, according to Pew, was the first year since the mid-1990s that a majority of the Latino labor force was native-born. (It’s worth noting that the U.S. Hispanic population has never been majority foreign-born, at least as far back as I could find records. In the 1850 census, conducted five years after Texas joined the union, only about a fifth of Hispanics were born outside the U.S.) 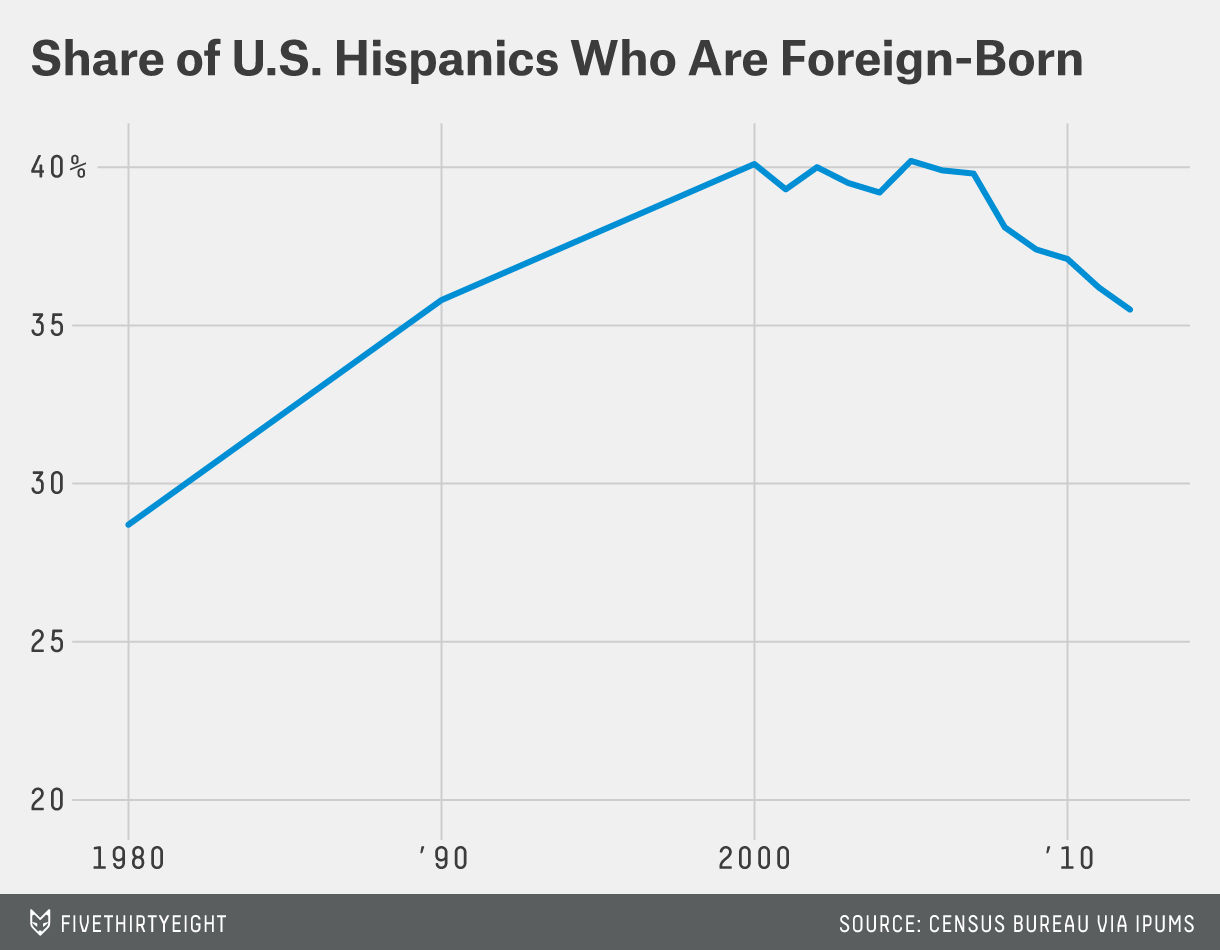 Political commentary often treats the issues of immigration and Hispanic ethnicity as two sides of the same coin. But U.S. Latinos are looking more and more like other Americans. Nearly 68 percent of U.S. Hispanics speak English fluently, up from 59 percent in 2000; more than a quarter report speaking only English at home. Latino high school graduates are now more likely than whites to enroll in college, although they are still less likely to graduate. Latinos are becoming less likely to be Catholic and choosing to have smaller families, and they more closely resemble the population at large on social issues such as abortion and gay rights. Nearly half of all Hispanics and about two-thirds of native-born Hispanics consider themselves to be “a typical American.”