Asian American voters are hardly a monolith. The different groups that comprise Asian American voters are divided over how much — and whether — they will back Biden for president.1 For instance, Filipino Americans are more evenly divided among supporting Biden and Trump than Japanese Americans. And Indian Americans, who have been reliably Democratic for years, now show some signs of slowly shifting to the right. Finally, Vietnamese Americans lean pretty consistently Republican. 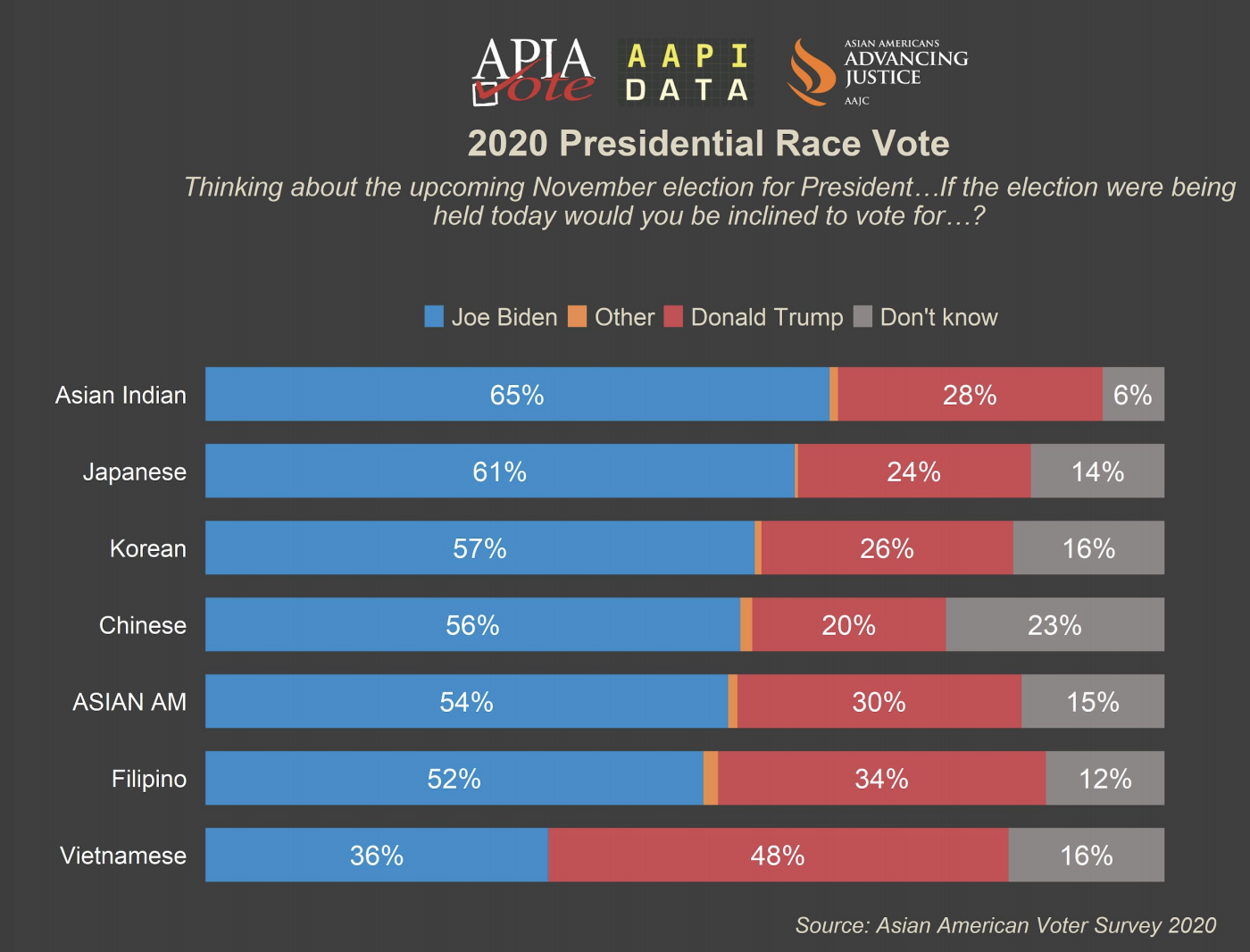 That said, it’s important that we don’t read too much into one survey. Only about 250 respondents were in each subgroup, putting the margin of error at +/- 6 percentage points for each group. But by looking at how Asian Americans have politically identified since 2012, we can more clearly see some of the trends in this most recent survey. What immediately jumps out is that while Asian Americans are very Democratic-leaning overall, Republicans have been making some headway — particularly among certain groups of national origin — over the last few elections. 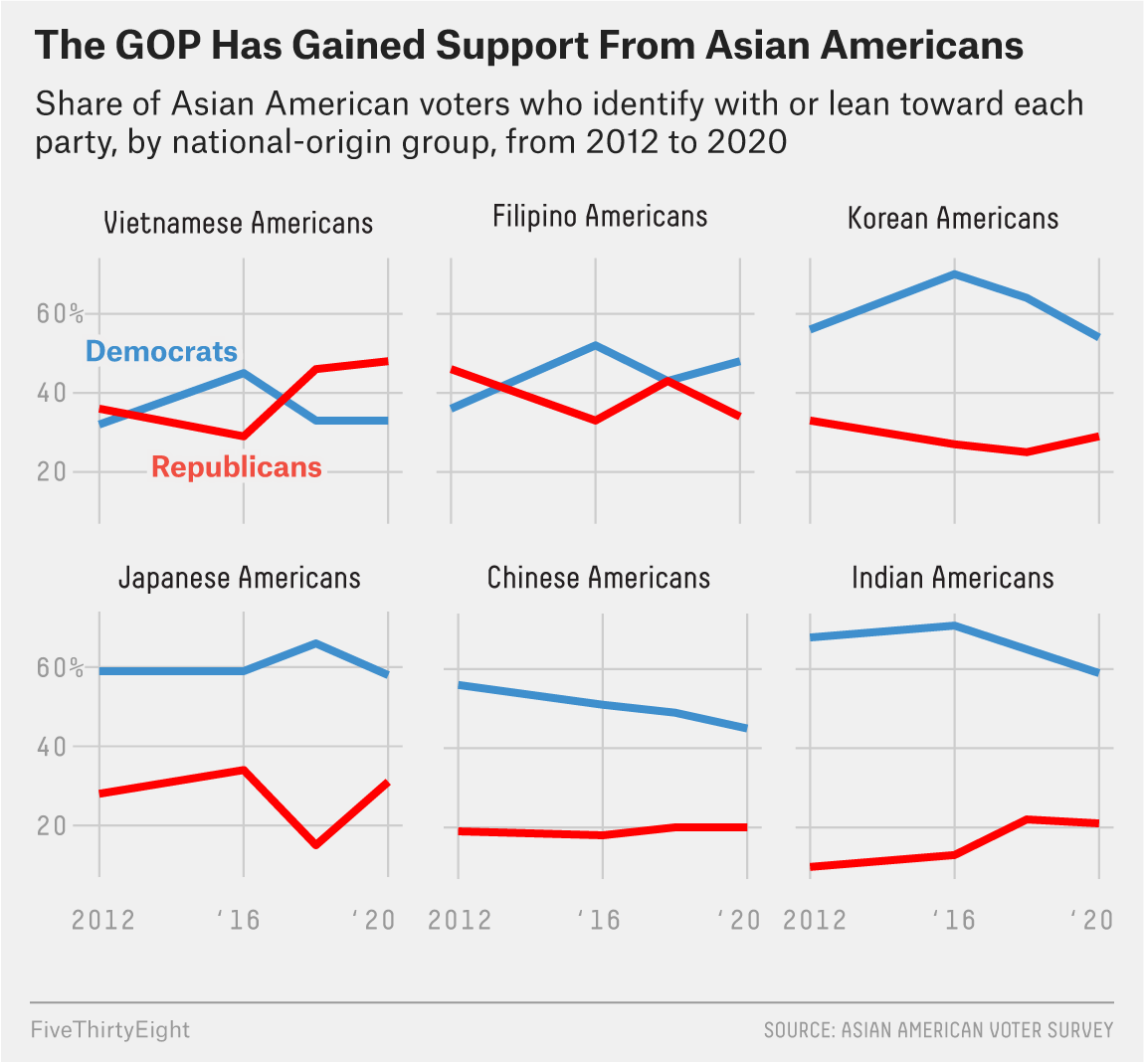 But it’s unclear how strong some of these trends are, according to Linda Vo, a professor in the Department of Asian American Studies at the University of California, Irvine. For instance, even though many Vietnamese Americans identify as Republicans, there is some evidence that they might be moving away from the party. And much of this comes down to age, which was a possible cleavage among Asian American voters in the Democratic primary. Both Anabelle Vo and Ngo have noticed a distinct generational divide in their own personal experiences, with younger Vietnamese Americans much more likely to identify with the Democratic Party than would their parents or grandparents. This is something that Linda Vo has also noticed in her research. “[T]here is a definite generational divide,” Vo said. “That younger generation tends to be for the Democratic Party and tends to have more progressive politics.” She did say the politics of Vietnamese Americans were changing, but slowly.

On the other hand, Republicans have seen modest gains among Indian Americans, who are the most Democratic-leaning group of Asian Americans. Some of this may have to do with increased mobilization efforts by activist groups like the Republican Hindu Coalition, who capitalized on ideological overlaps between Trump and India’s popular nationalist Prime Minister Narendra Modi in 2016, leading some Indian Americans to vote Republican. Only 21 percent of Indian Americans identify with, or lean towards, the Republican Party, but that’s still roughly double what it was in 2012.

“When you break it down to certain issues like health care and things like that, that’s how it gets easier for me to discuss things with older folks,” Anabelle Vo said. Vo describes herself as more progressive than the typical Democratic voter and has attended demonstrations and marches for like-minded causes. And interestingly, there weren’t significant divides on these issues between more conservative Asian American groups, like Vietnamese Americans, and more liberal Asian American groups, like Indian Americans. For instance, Vietnamese Americans were more likely to favor stricter gun control legislation, policies to curb climate change and affirmative action, than Asian Americans as a whole.

If Republicans are looking to persuade Asian Americans, however, there is one potential issue where they may have the upperhand. Ninety percent of Asian Americans said that jobs and the economy are either “extremely” or “very” important. And on that issue, 35 percent said that Republicans are doing a better job, while only 31 percent said Democrats are. The rest said there was no difference, or that they don’t know.

It is hard to imagine that Asian American voters will greatly shift in their support before the election, so the real question is whether they’ll come out to the polls (or mail in their ballot). The survey did find high levels of enthusiasm for voting (82 percent said they were at least as enthusiastic about voting this year as they were in previous elections, with more than half saying they were more enthusiastic), but outreach from political parties has been very low. Only 30 percent of Asian American voters said they have been contacted by the Democratic Party in the past year, and only 24 percent said they have been contacted by the Republican Party.

And if the race ends up being anything like 2016, where Trump won key states like Michigan with razor-thin margins, turnout among this relatively small — but growing — subset of the electorate could matter. 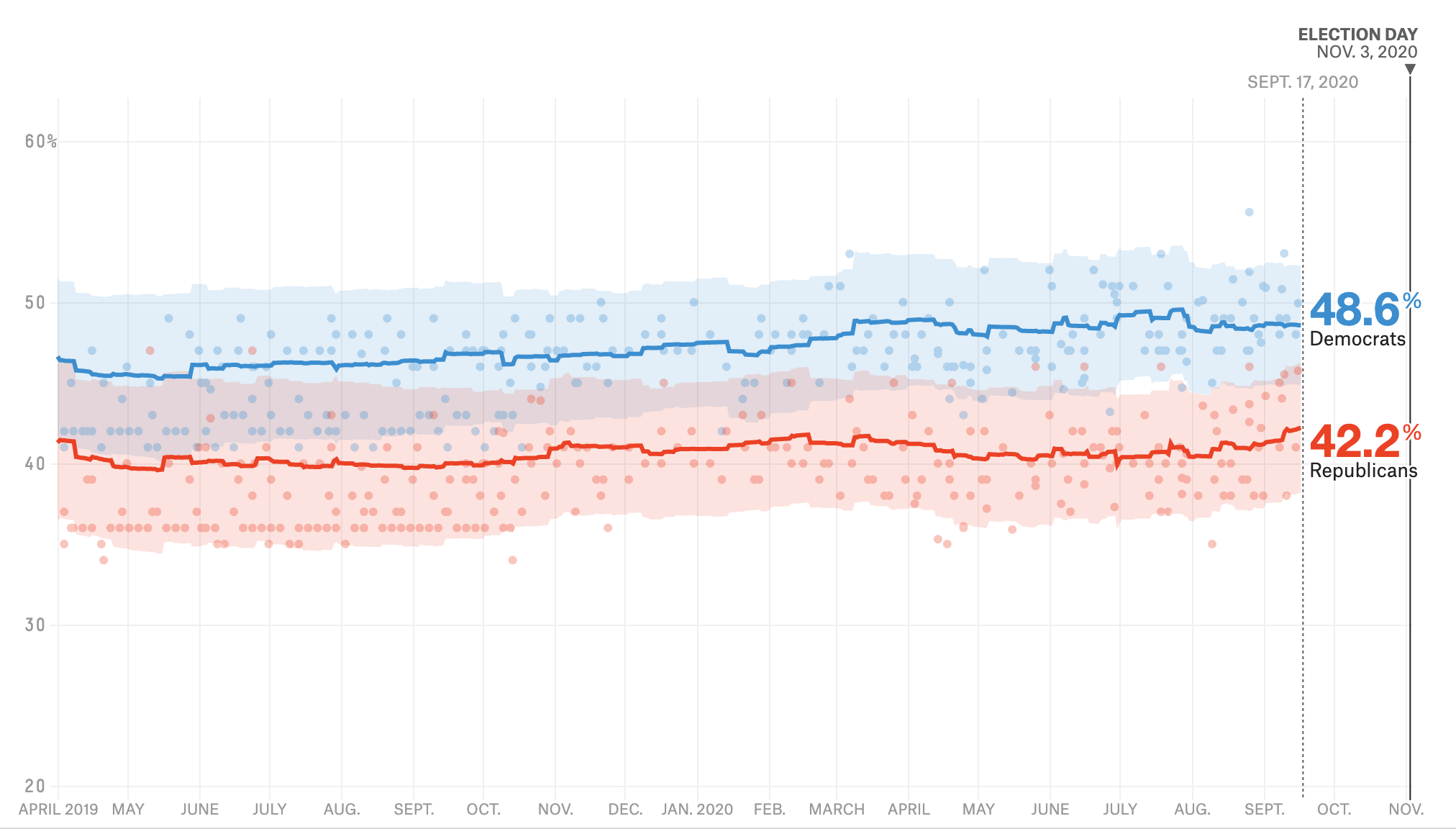