The income of the typical American household has been stagnant for two-and-a-half decades. But as I wrote Monday morning, that “typical” household also looks very different today than it did in the late 1980s. As a nation, we’re older, more diverse and less likely to be married than we used to be — all changes that have implications for income trends.

I tried to break down the impact of those changes. But there’s another way to look at the issue: Imagine the “typical” American household in 1988, and then imagine an identical household 25 years later. How would their earnings compare?

According to the Current Population Survey, the typical household in 1988 was headed by a white, married couple in their 40s. They earned about $89,000 in today’s dollars. A decade later, a household with the same profile was doing better, earning about $93,000; by 2001, their income hit six figures. 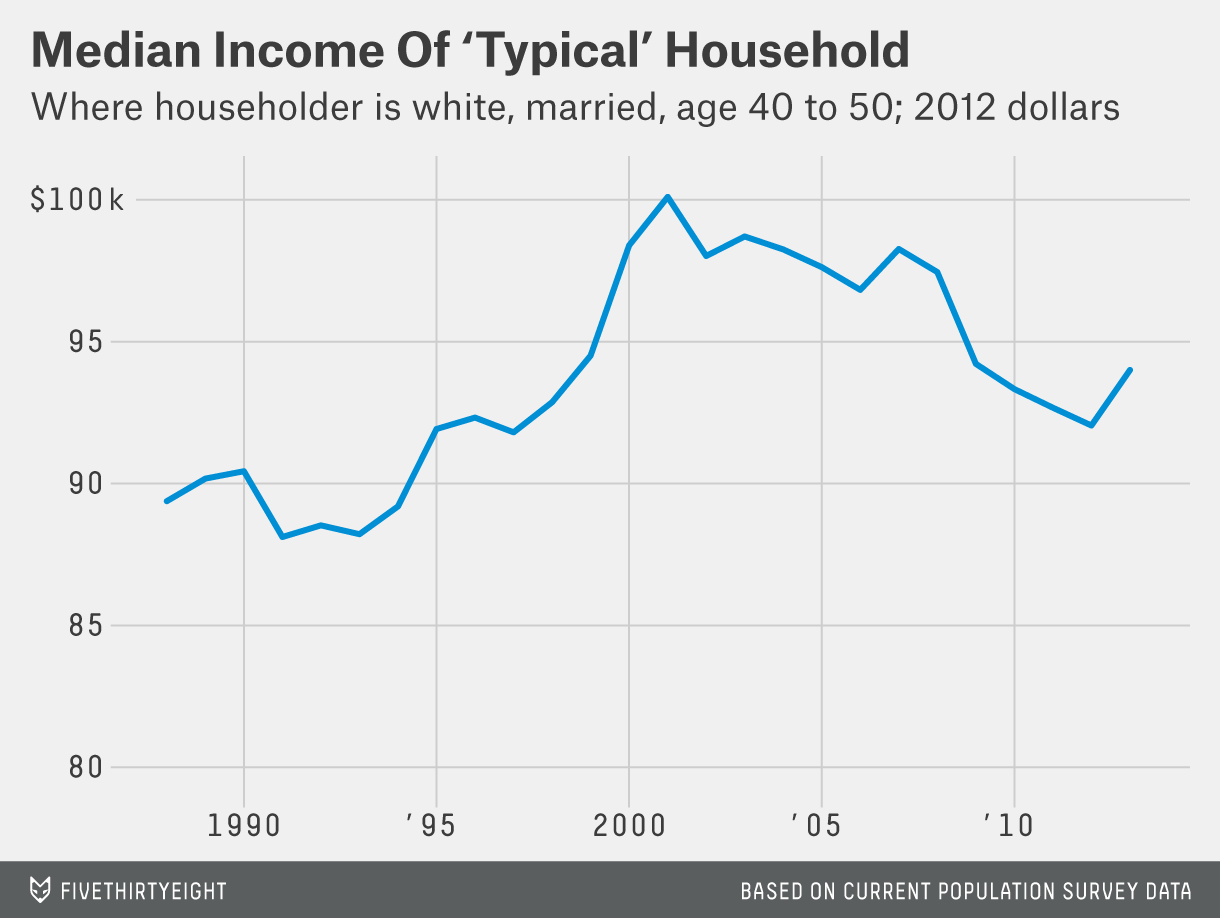 (A quick technical note on this calculation: This shows the median earnings of households where the “householder” is white, married and between the ages of 40 and 50 (five years on either side of the median age of 45). Adjusting for changes in household size affects the income level but not the trend.)

But there’s a key characteristic that isn’t included in this definition of “typical”: education. In 1989, the head of the typical household had finished high school but not attended college; today, most household heads have at least some college, and a third have a bachelor’s degree or more. Focusing just on high school graduates would make the trend look even worse: Their median income is down 14 percent since 1991 (the earliest year for which published data is available).

Of course, white, married 40-somethings account for less than 10 percent of U.S. householders. Even in the 1980s, they were only about 12 percent. Any effort to understand the state of U.S. households needs to look at more than just one small slice of the population. But it seems significant that even this one, relatively well-off group has seen little if any improvement in income over the past 15 years.