You’re the general manager of an NBA team, and come 2016, one of your star players wants to try out for Team USA. The squad just dominated the FIBA World Cup, he says, and he wants in on the next gold medal.

What do you decide?

One school of thought says that playing for Team USA will help a player’s NBA performance. Grantland’s Bill Simmons has cited Kevin Durant’s 2010 FIBA experience as a turning point in Durant’s career. Players have said they were “getting better while facing the best players in the world.” And others have described a confidence boost simply in being selected.

On the other hand, some analysts, owners and players have expressed concern about giving up scarce summer rest to put on additional basketball miles, particularly for veterans coming off grueling June playoff runs. And what about injuries?

The NBA first sent its players to compete in international play with the 1992 Olympic Dream Team. NBA players have since competed in 10 biennial international tournaments (the NBA did not send pros to the 1998 FIBA World Championships due to a lockout). Let’s look at how those players performed in win shares (WS), win shares per 48 minutes (WS/48) and player efficiency rating (PER) in the NBA season following their overseas experience (relative to their age-adjusted Simple Projection System estimates). 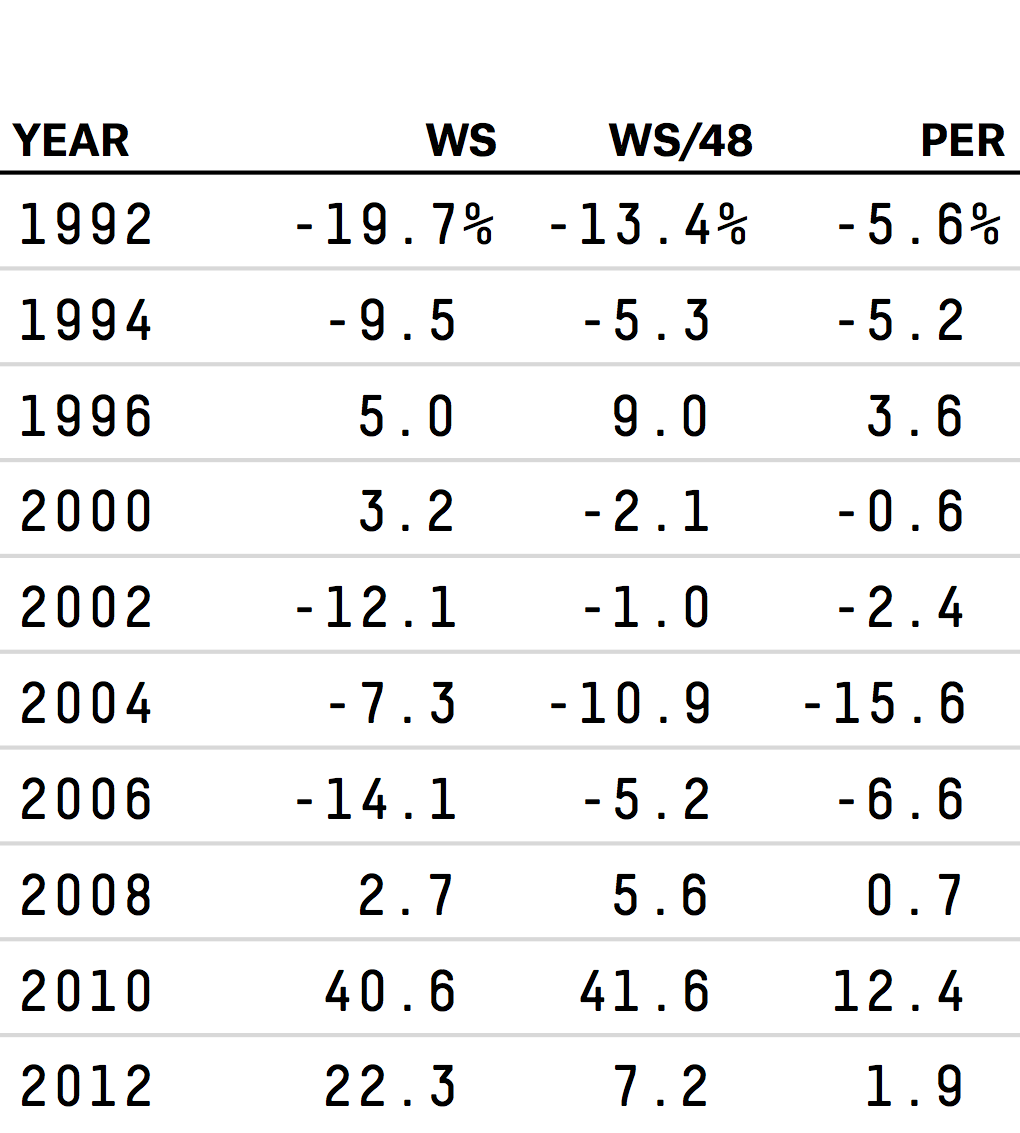 The average change among all players was +1.6 percent in WS, +3.0 percent in WS/48 and -1.6 percent in PER. The results don’t seem to confirm nor deny the arguments for or against international participation.

Breaking the results down by year, however, shows that some tournaments may have provided a larger performance boost than others. 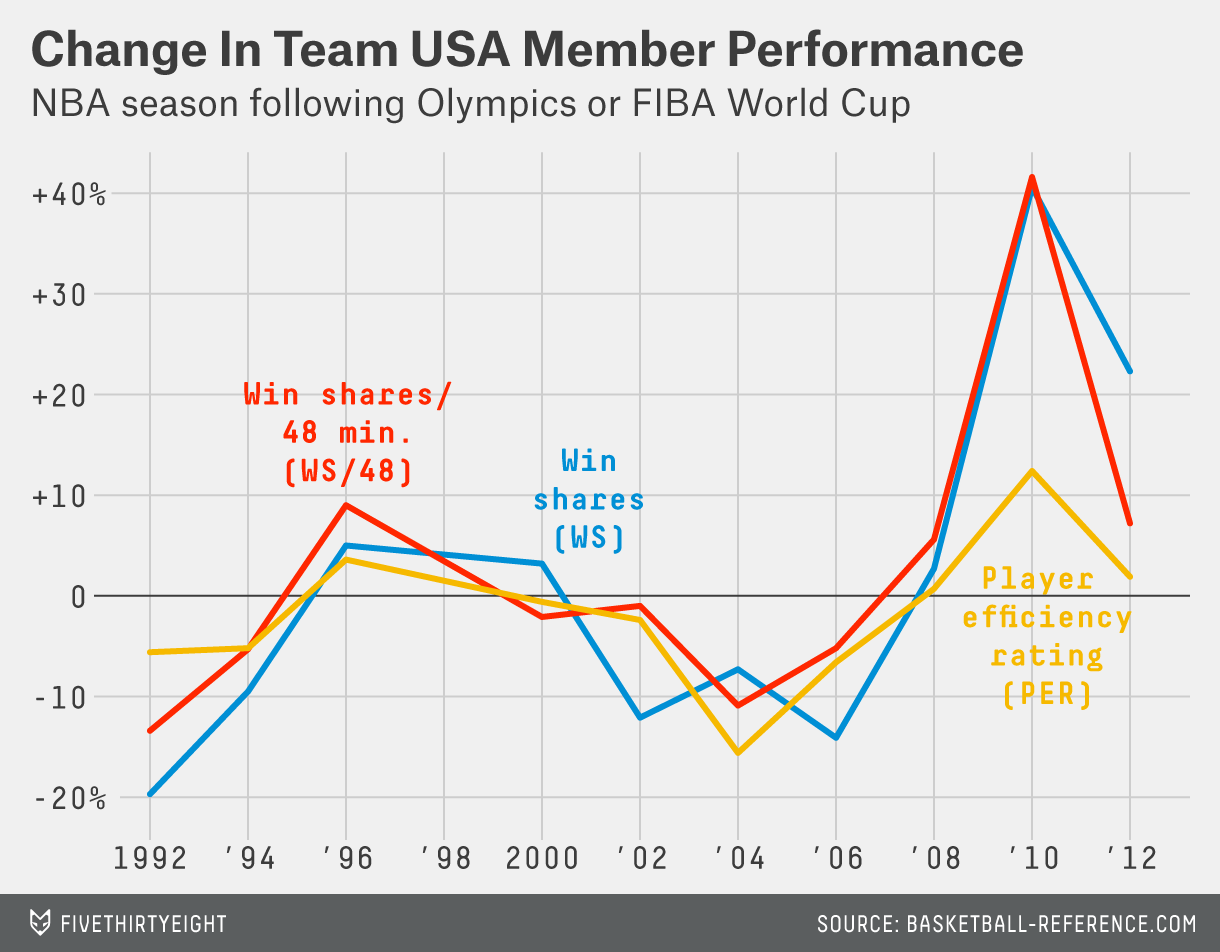 So, what happened to the gold-winning 2010 squad that competed in Turkey? Tyson Chandler had a monster 2010-11 year for a championship-winning team after coming off an injury-plagued previous two seasons. Stephen Curry, Eric Gordon, Kevin Love and Lamar Odom also made huge strides. Meanwhile, Russell Westbrook emerged as an All-Star, and Derrick Rose broke out to win the league MVP. (Durant was one of only two players from the 2010 squad to have a lesser-than-expected 2010-11 season.)

What has caused the recent post-Team USA boost? Well, it could just be noise. But it’s worth noting that Mike Krzyzewski took over as coach in 2006, and his training may have helped spur the rate of improvement. Interestingly, the only years Team USA failed to take gold (2002, 2004 and 2006) are the years players performed worse in the following NBA season (excluding the original 1992 squad). This may be due to Team USA management selecting more of an “All-Star team” during those years, with many perennial All-Stars already at their peaks.

When Jerry Colangelo took over as director of USA Basketball in 2005, he demanded more long-term commitments from players (but this requirement didn’t make the team younger; although older players largely made up the 1990s Dream Teams, the average age of Team USA declined in the early 2000s and has remained fairly constant between 24 and 26 since then).

Assuming the average boost continues after the 2014 FIBA World Cup, here’s how Team USA players are expected to perform in the next NBA season. 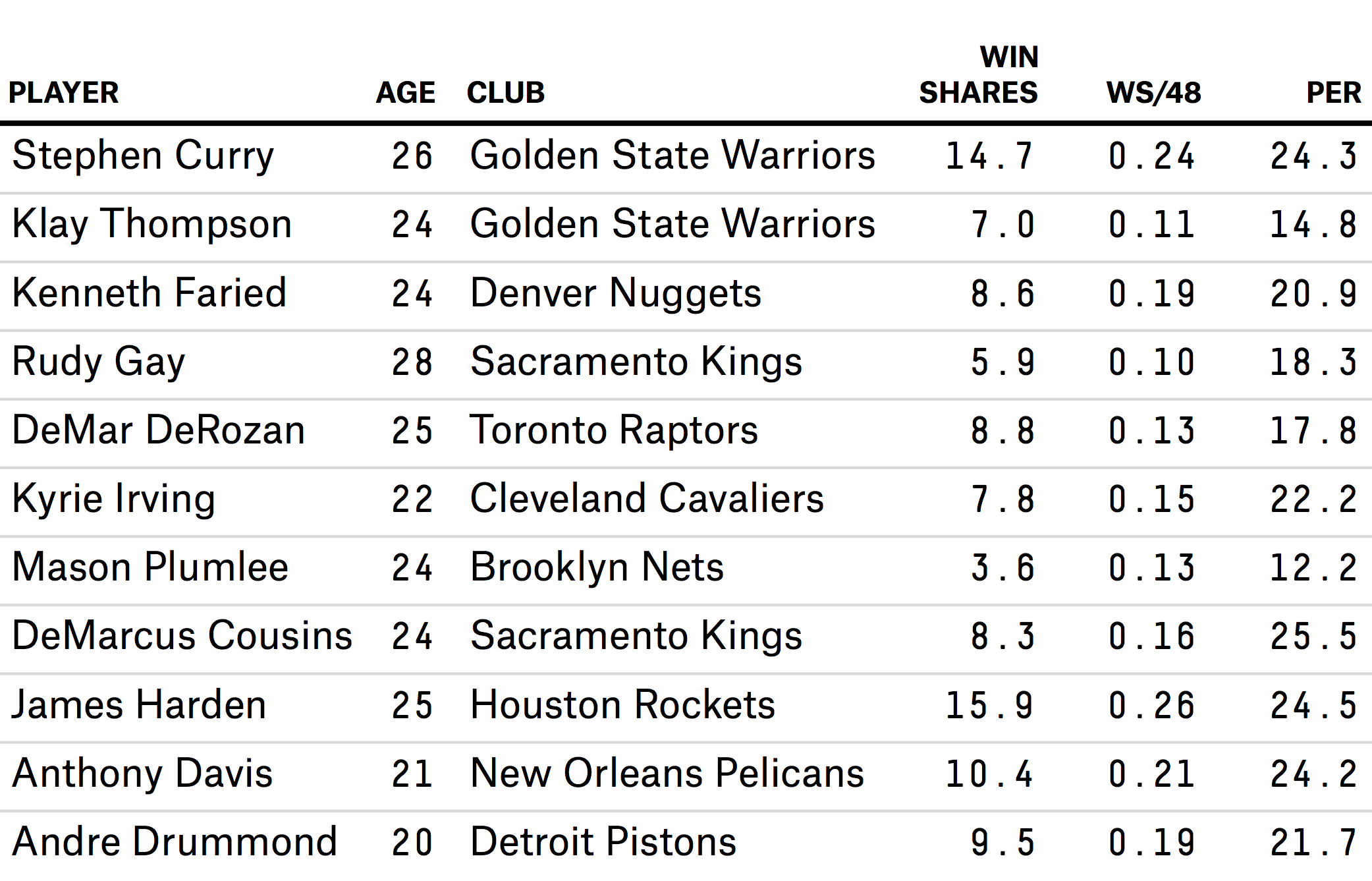 Of course, there are a few limitations to this analysis. First, Team USA members aren’t randomly selected, and it may be that the coaching staff now picks players they deem to be on the rise. It’s also worth noting that the Simple Projection System is a metric designed for use on the average NBA player, so it may need tweaking when applied to the stars of Team USA. Also, the system is probably too conservative about adjusting for a player’s age.

Still, it appears instruction from Coach K and training and playing with peers atop the basketball universe may have positive, long-lasting effects. That may be reason for NBA teams to think twice before holding players out from international competitions.

Jim Pagels is an economic researcher in Washington, D.C., and regular contributor to Forbes. @jimpagels