The Supreme Court today delivered a blow to the Environmental Protection Agency and environmentalists across the country. The court struck down the agency’s regulations of certain power plant emissions, most notably mercury. The EPA enacted the regulations to curtail health risks created by the plants but didn’t consider the regulations’ costs to the industry along with the benefits to the public. In doing so, the court ruled, the EPA’s interpretation of the Clean Air Act was unreasonable.

This is a somewhat rare loss for the EPA at the Supreme Court. Using the Supreme Court Database, I found that 70 percent of cases in which the EPA was a party ended in an EPA victory — 21 out of 30, including the case decided today.

All of those cases are in the table below. 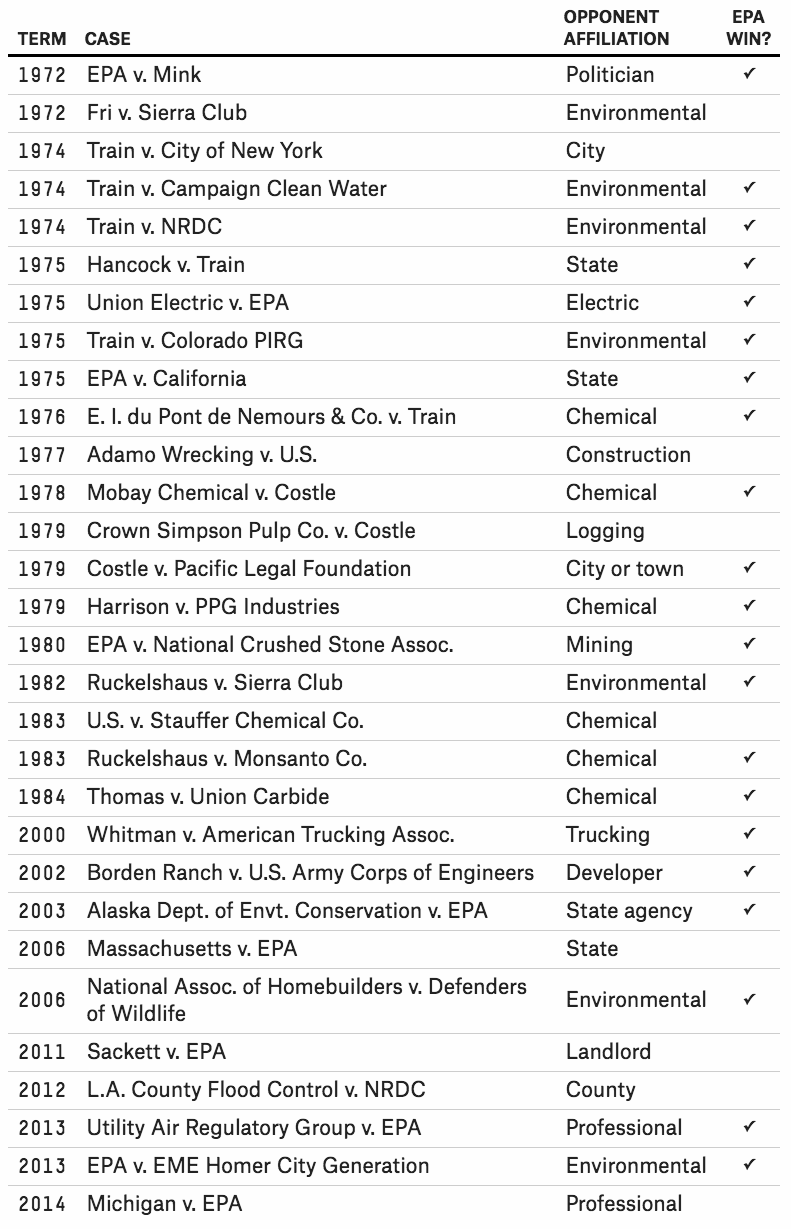 Some of these have had sweeping environmental implications. For example, Whitman v. American Trucking Associations, decided in 2001, held that the EPA’s “broad standard-setting authority did not amount to an unconstitutional delegation by Congress of legislative power to an executive branch agency.” The full implications of today’s decision are not yet known.

The loss fits a pattern. As I wrote Friday, despite a few recent marquee victories, President Obama’s federal agencies have struggled to win at the court. In fact, Obama has the lowest “win percentage” of any president since at least Harry S. Truman. This is at least partially the result of Obama’s agencies — like the EPA — aggressively interpreting laws in an attempt to make up for an uncooperative Congress. This time, at least according to five justices, they went too far. 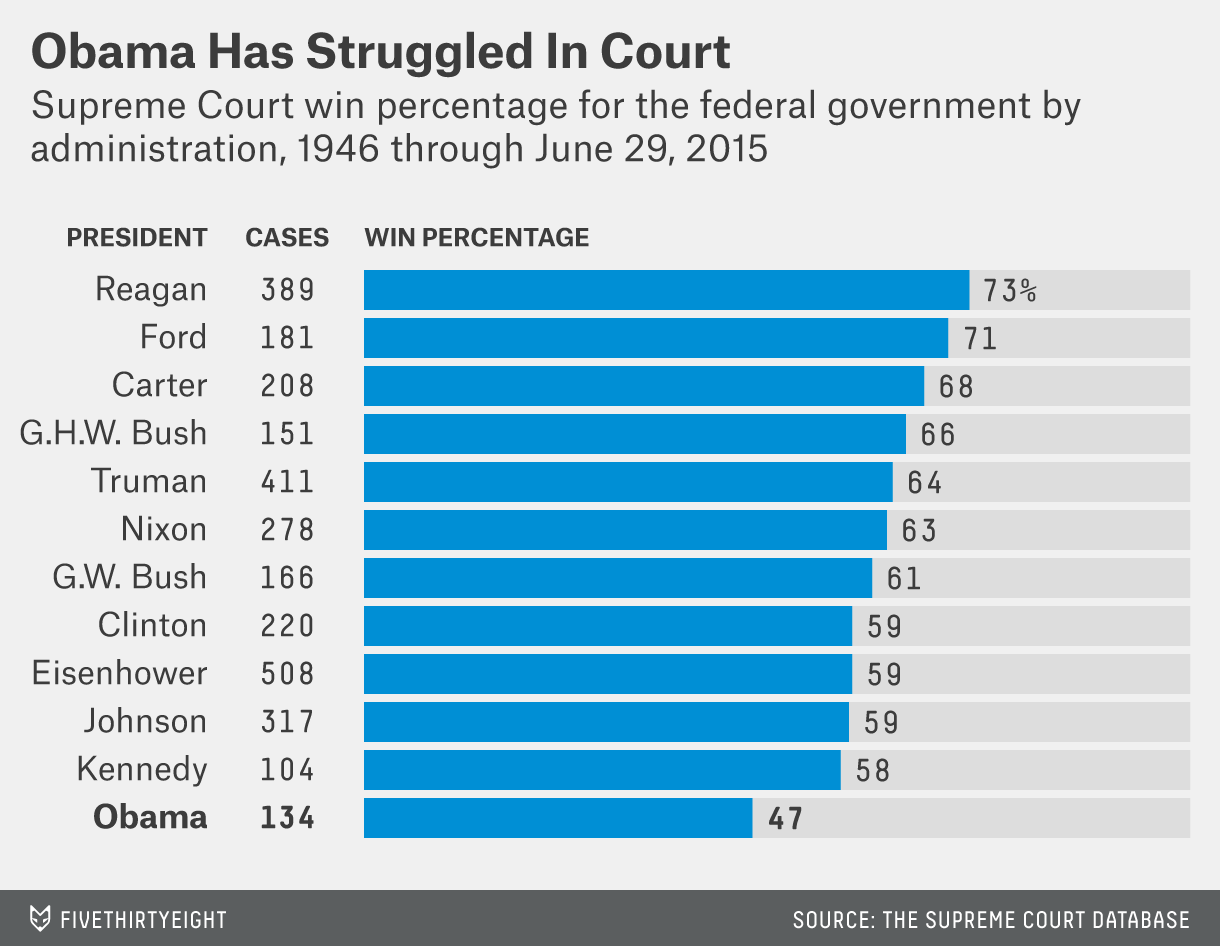