Data on prostitution: Or, as the Economist crassly titled this article, “More bang for your buck.” The magazine analyzed 190,000 profiles of sex workers on an international review site and came away with fascinating data, including average hourly rates and how they vary depending on sex workers’ physical attributes. Unfortunately, the article lacks analysis about the women themselves (the site only features female sex workers) or the scale of risk they face.

Um, what was that other article I wanted to mention?: Mark Liberman, a linguist at the University of Pennsylvania, has parsed 26 million words from 14,000 transcribed phone conversations to study speech patterns and how they differ among groups. In 2005, he found that the use of the verbal pause “uh” increased with age. His latest findings, reported by Olga Khazan at the Atlantic, reveal that “women say ‘um’ 22 percent more than men do, but men say ‘uh’ more than twice as often as women do.” But, when they’re engaged in conversation with the opposite sex, men use fewer “ums” and women use more “uhs.” The theories as to why are absolutely fascinating. 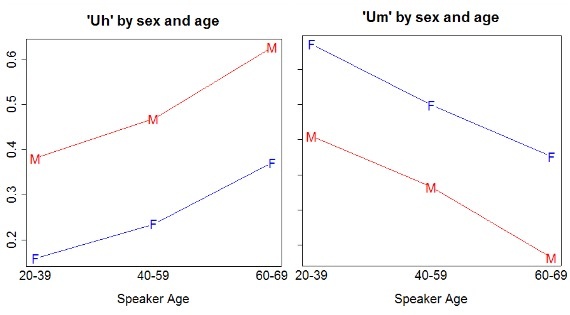 Africa Counts: This week in Washington, the U.S.-Africa Leaders Summit brought together almost 50 African heads of state and government to “strengthen ties” between the U.S. and the region. Ahead of the three-day conference, The Washington Post produced an interactive map of which leaders were invited, which were attending, and how democratic the regimes they lead are. Reporters Ted Mellnik and Darla Cameron took the analysis further with maps on gay rights, Internet access, maternal mortality and various other measures across the continent to give readers additional context about where those leaders were coming from. 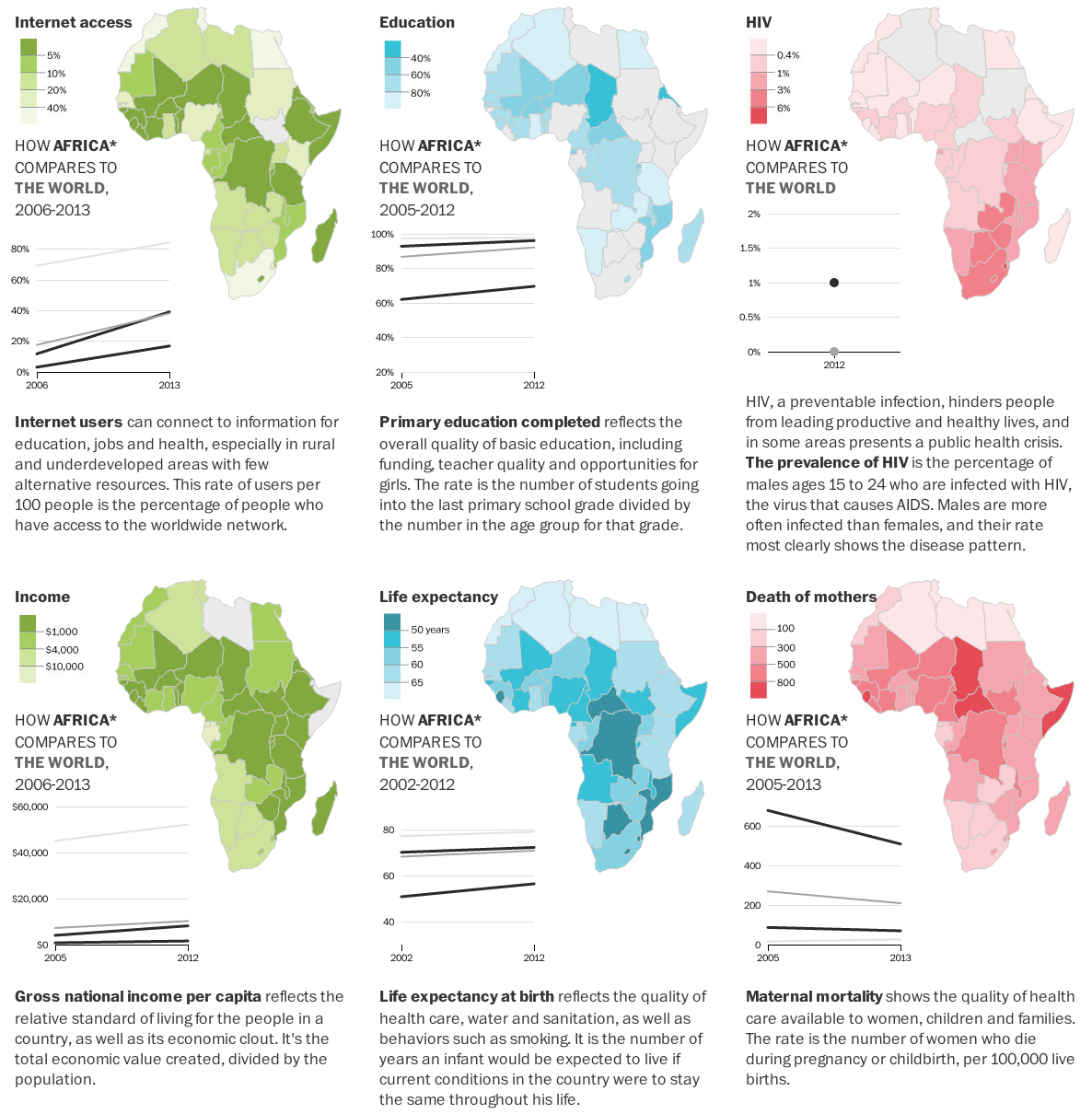 “Boots on the ground”: On Tuesday, FiveThirtyEight published an article by Hayley Munguia that used transcripts of political speeches to see how rhetoric about terrorism has changed since 2001. On Friday, John Templon at Buzzfeed did a similar text analysis, this time of White House press briefings since 1993, to look at the frequency of references to Iraq over time. The charts, such as the one below, may suggest a change in tactics — or perhaps a change in rhetoric because of shifting public attitudes toward the conflict. Either way, they’re an interesting reflection of the language of war. 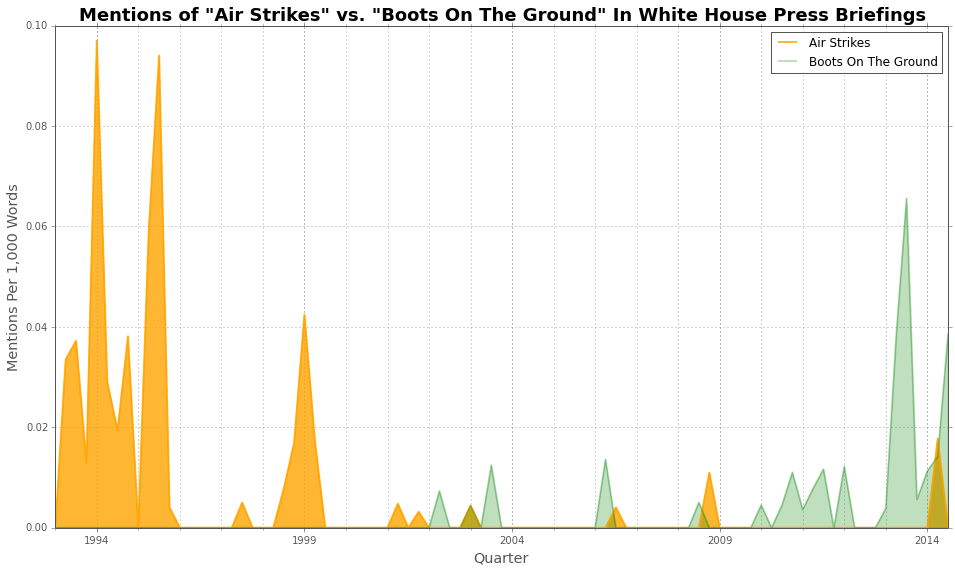 Past Ebola epidemics: The words “worst outbreak in history” have appeared in so much of the recent reporting on the spread of Ebola in West Africa that it’s difficult to understand whether or not panic is warranted. Though we still don’t know how deadly this outbreak will be, Michael Keller, Alex Newman and Lam Thuy Vo at Al Jazeera have visualized previous Ebola outbreaks going back to 1976. Their charts show the rapid acceleration of the current outbreak since March, as well as the number of cases and deaths recorded in previous outbreaks.