On Tuesday, I put together a probabilistic breakdown of each MLB team’s prospects for the 2014 season according to the voting results of ESPN’s MLB Forecast panel. The panel, a group of over 140 baseball experts, was polled on how those experts thought each team would perform.

With the voting data, we can also examine which teams caused the panel to agree (and disagree) most.

Here are all of the teams, ordered from most divisive to least divisive:

Looking at the list, a clear pattern emerges: Voters agreed the least about bottom-feeding teams and the most about good ones. The standard deviation of predicted wins was quite a bit larger for below-.500 teams from 2013 than above-.500 teams. But why?

In terms of predicted change from last season, the panel was pretty even about how much improvement or decline it parceled out to teams: 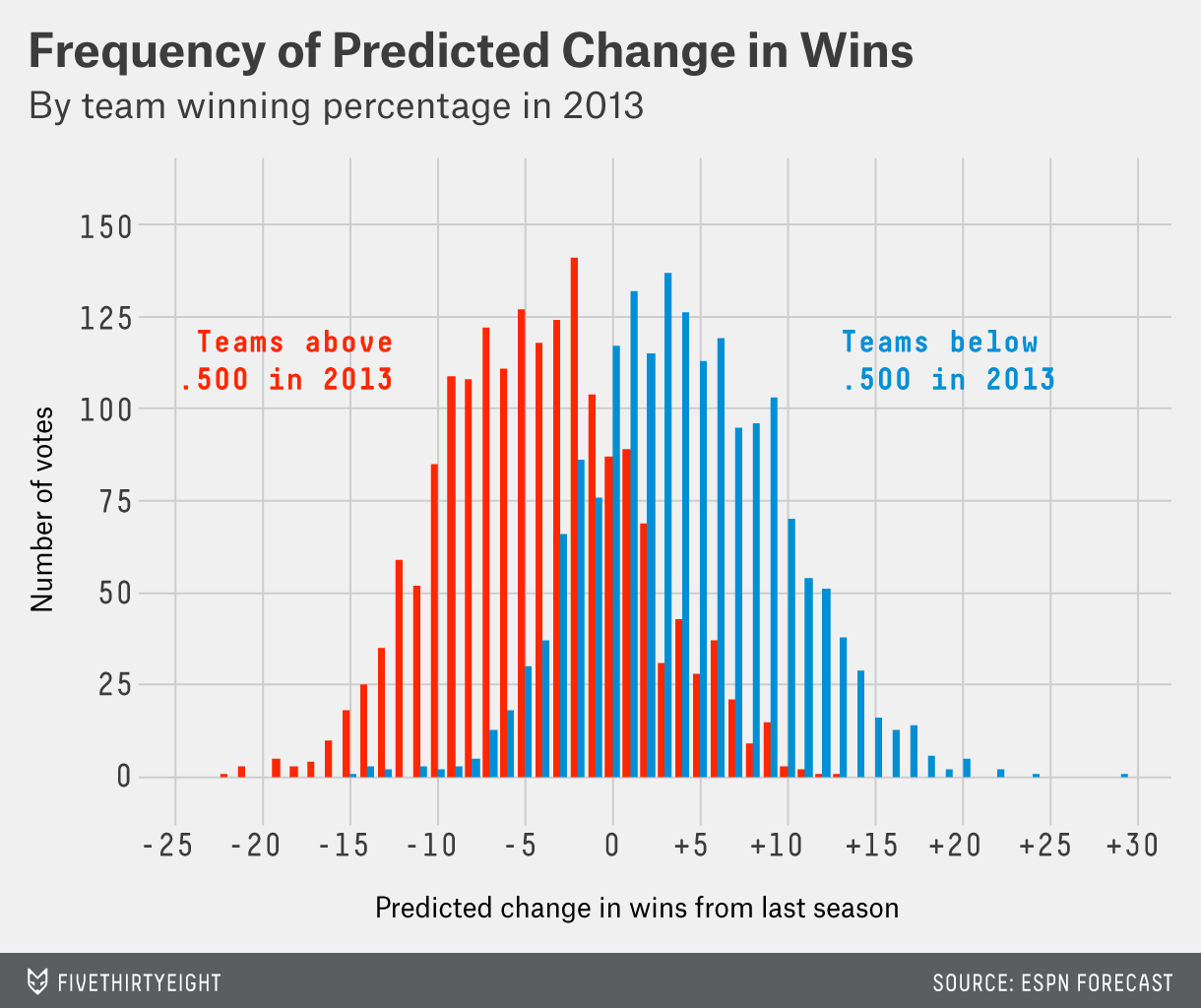 The standard deviation of predicted change from last season was practically identical between the above-.500 teams and below-.500 teams. This suggests that the culprit for the wide range of predictions for bad clubs could lie in last year’s records, which were unusual.

Fifteen teams finished above .500 in 2013, bunched between 85 and 97 wins. Meanwhile, the spread of wins for the other 15 teams ranged from 51 (the Houston Astros) to 81 (the Arizona Diamondbacks).

Perhaps voters had more trouble agreeing on predicted wins for the bottom half of the league because that half in 2013 had a strange distribution of wins.