The ESPN Forecast panel released its first-ever set of Major League Baseball predictions last week, and the editors were kind enough to provide us with the raw voting data. FiveThirtyEight had just published an article about preseason predictions, so we were eager to dig into the panel’s results.

With the raw votes from the panel’s more than 140 members, we can calculate each team’s odds of winning its division and each team’s chances of making the playoffs. We can also forecast a range for the number of wins each team is likely to end the season with. We can do all this based on the assumption that the ESPN Forecast is roughly as accurate as Las Vegas’ over/unders (meaning the root-mean-square error on these predictions will be about plus or minus nine wins).

How can we make that assumption for a brand-new forecast? It would seem more than a bit hubristic. But the ESPN Forecast has a strong track record in basketball, for which it actually beat Vegas over a five-year span. In the absence of any additional information about the MLB forecast, a RMSE of 9 is not a bad prior, especially given that Sports Illustrated’s similar wisdom-of-a-crowd-of-experts method fared just as well as Vegas and computer models at picking teams’ divisional placements. 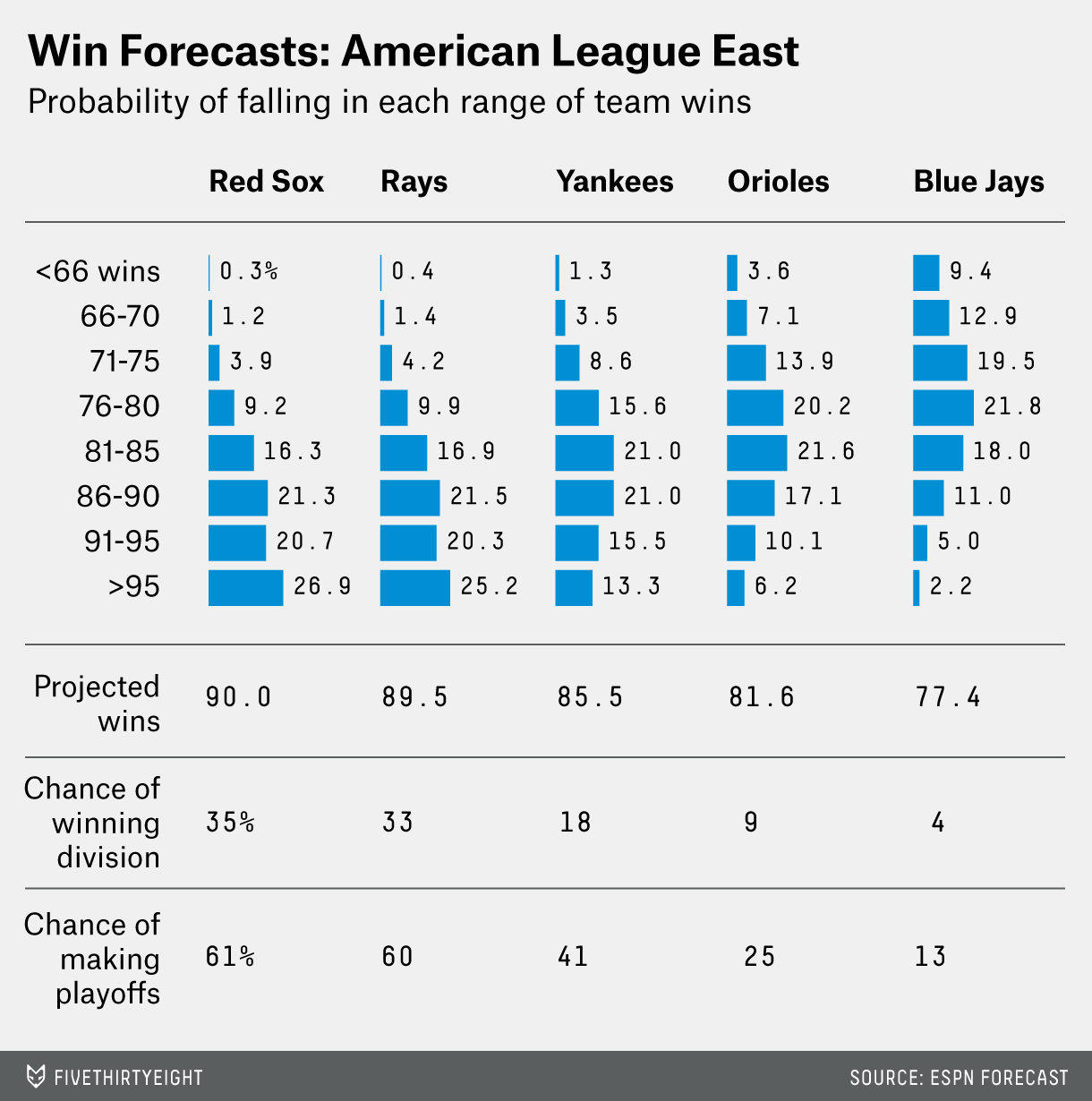 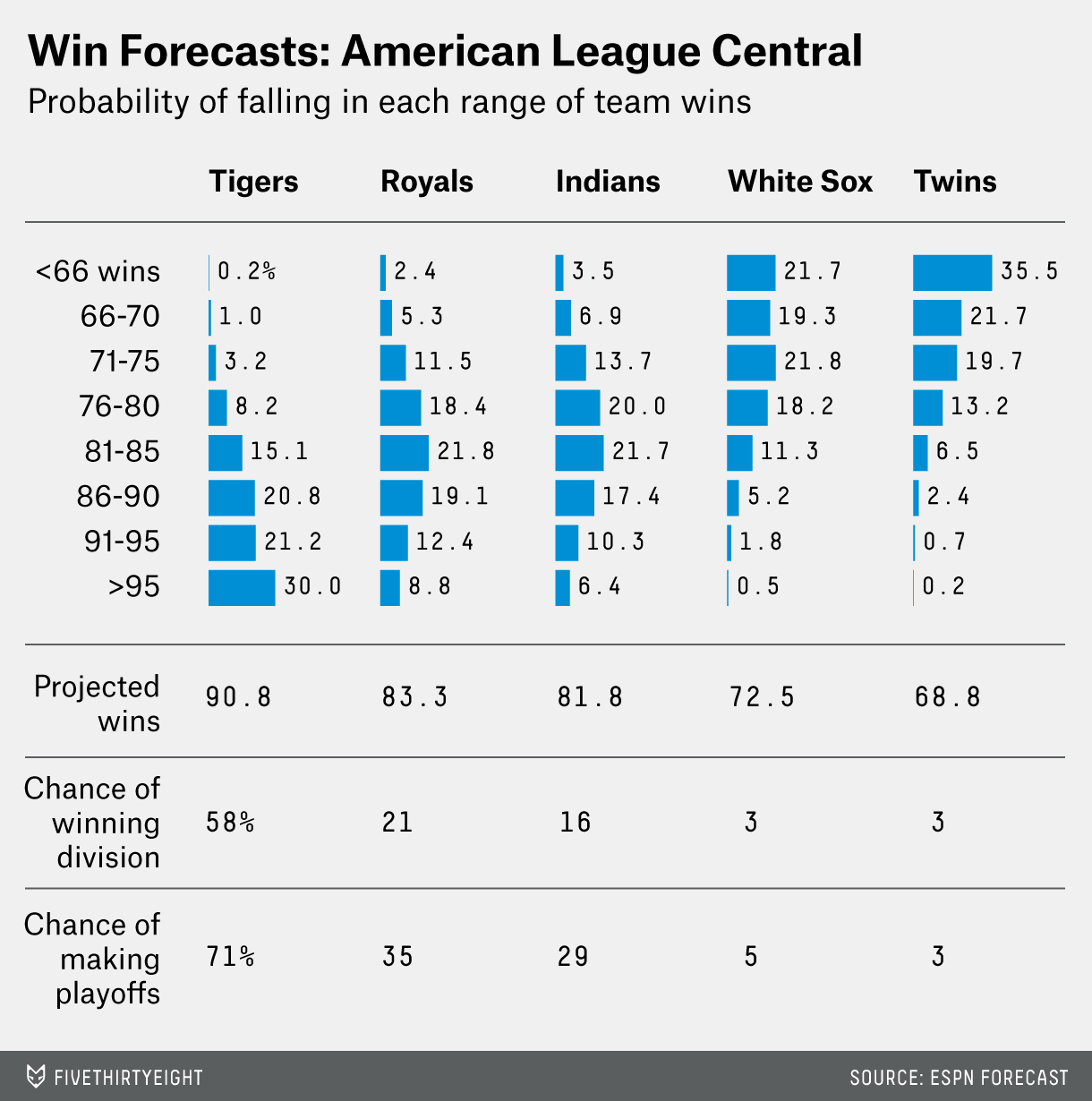 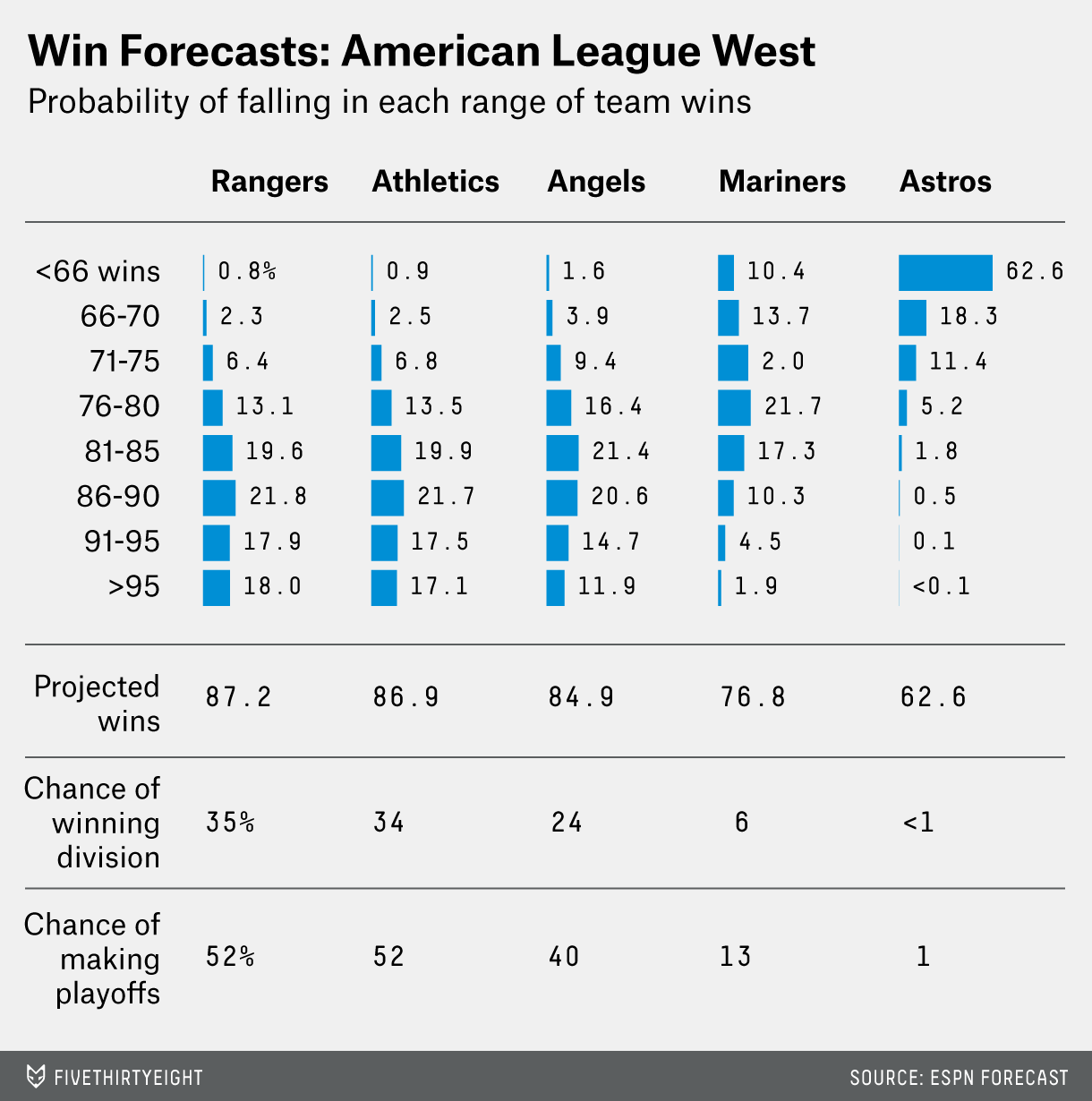 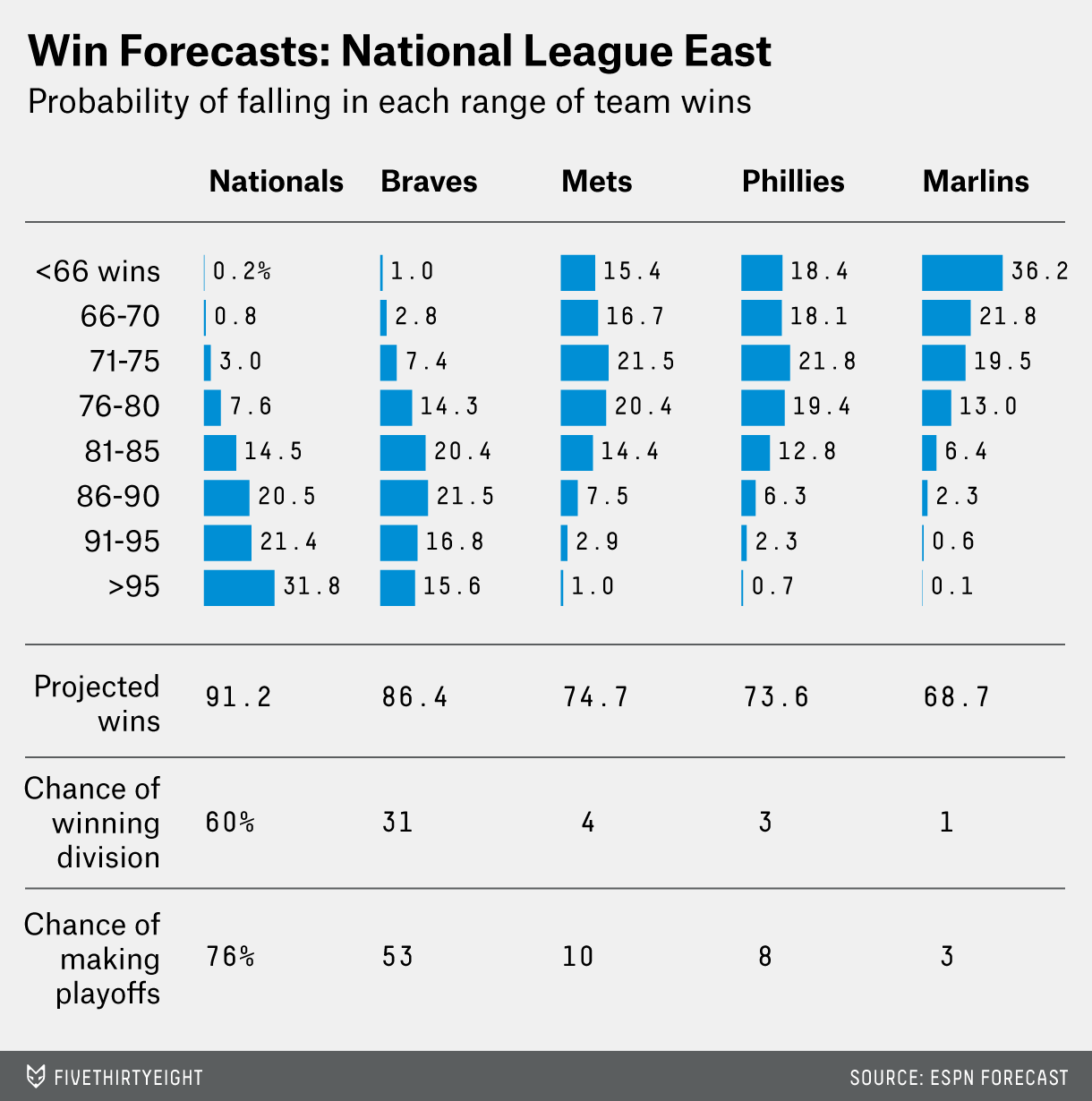 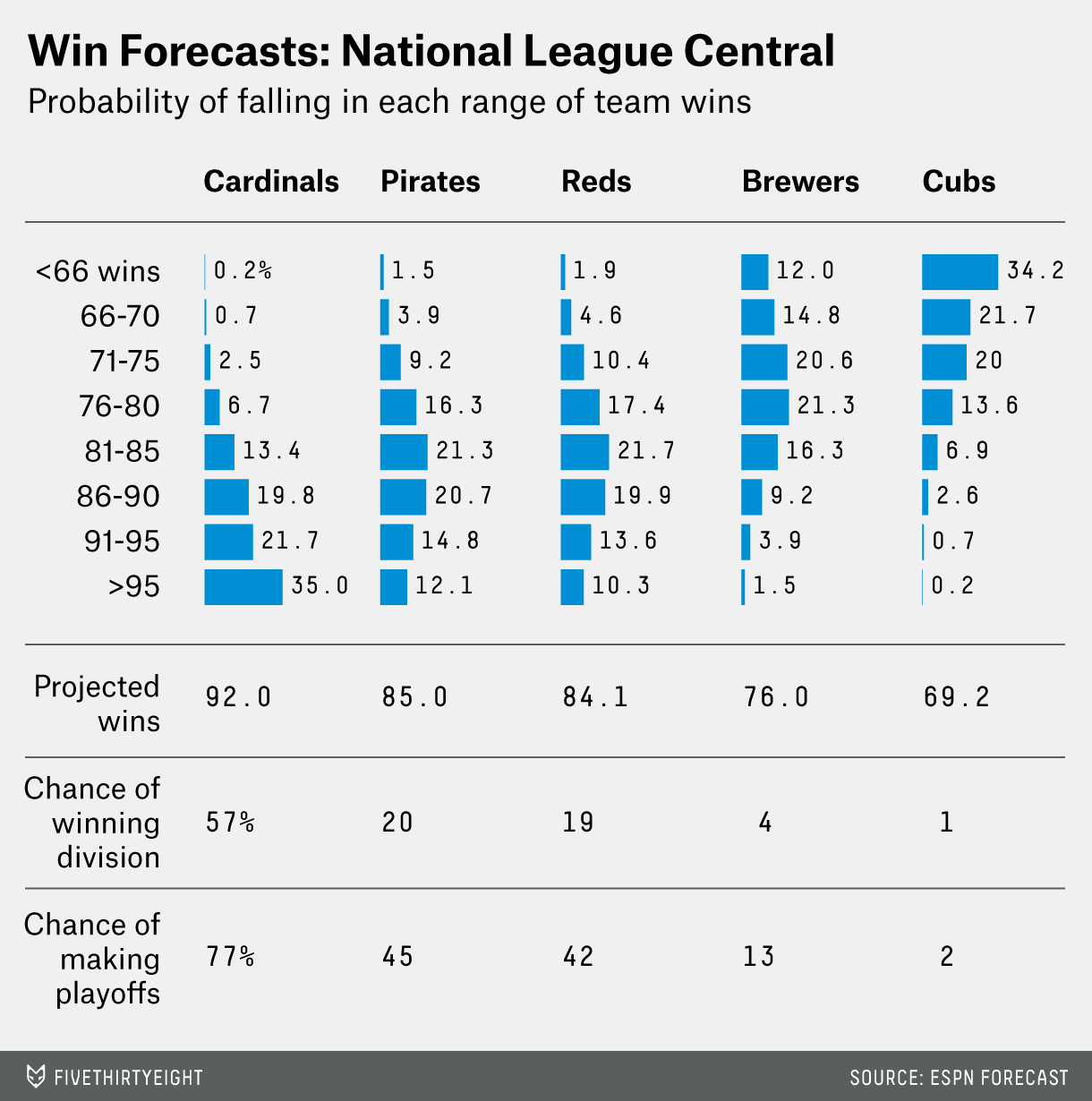 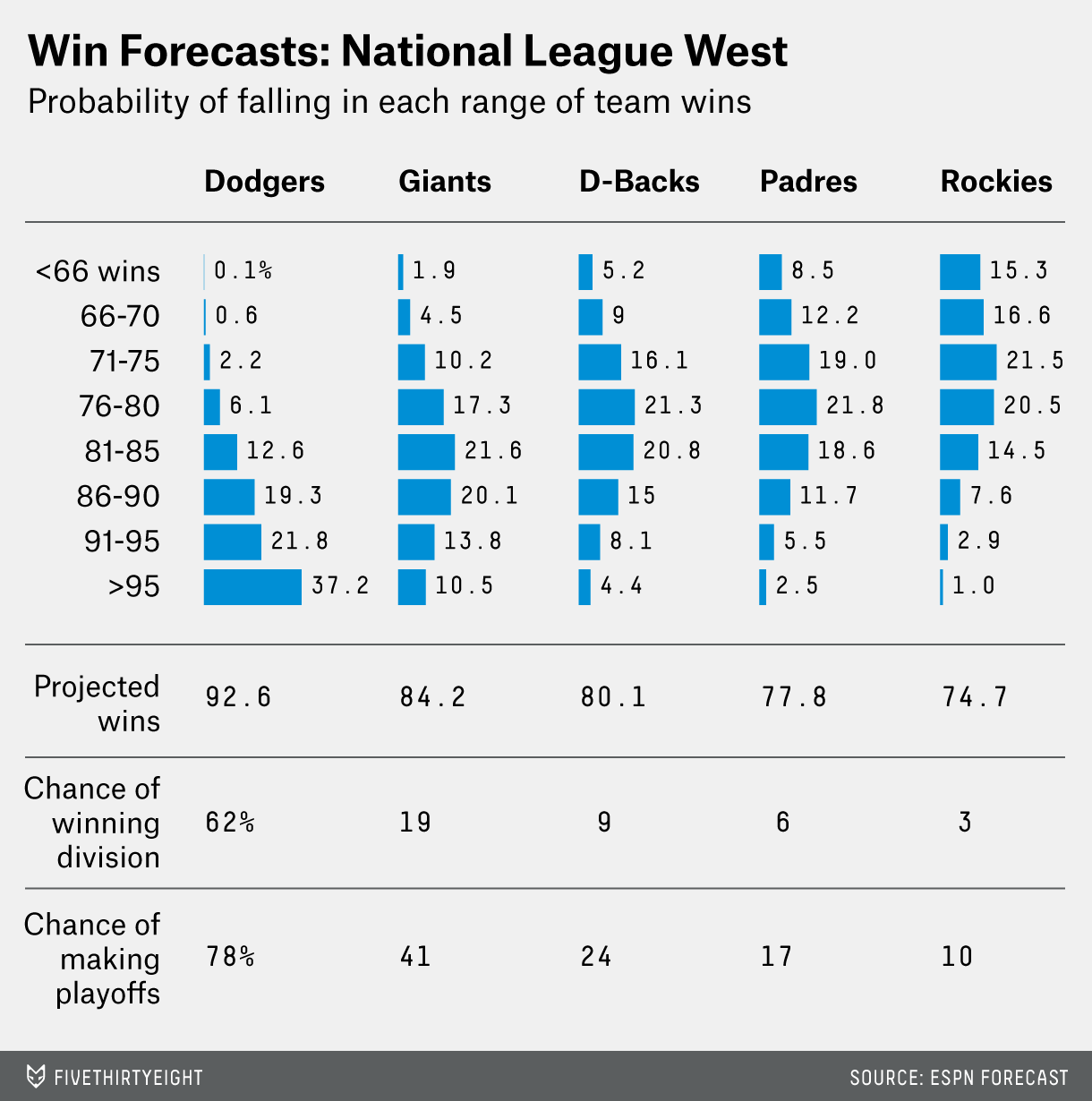