After American Pharoah (sic) won this year’s Preakness Stakes, I warned you all to be skeptical of him in the Belmont Stakes.

In my defense, I was technically being skeptical of any Triple Crown hopeful, not this horse in particular — and I (mostly) stick by that. But American Pharoah appears to be a legitimate superhorse.

But as great a run as American Pharoah had, it still didn’t really approach Secretariat’s. Picture how far ahead of the field American Pharoah was at the end of the Belmont. Now double it (multiply by 2.4 to be exact). That’s about how far American Pharoah would have been lagging behind Secretariat (13 ¼ lengths). In a Belmont field featuring the 11 Triple Crown winners running their Belmont-winning times, Secretariat would have led the other horses by the following distances:1 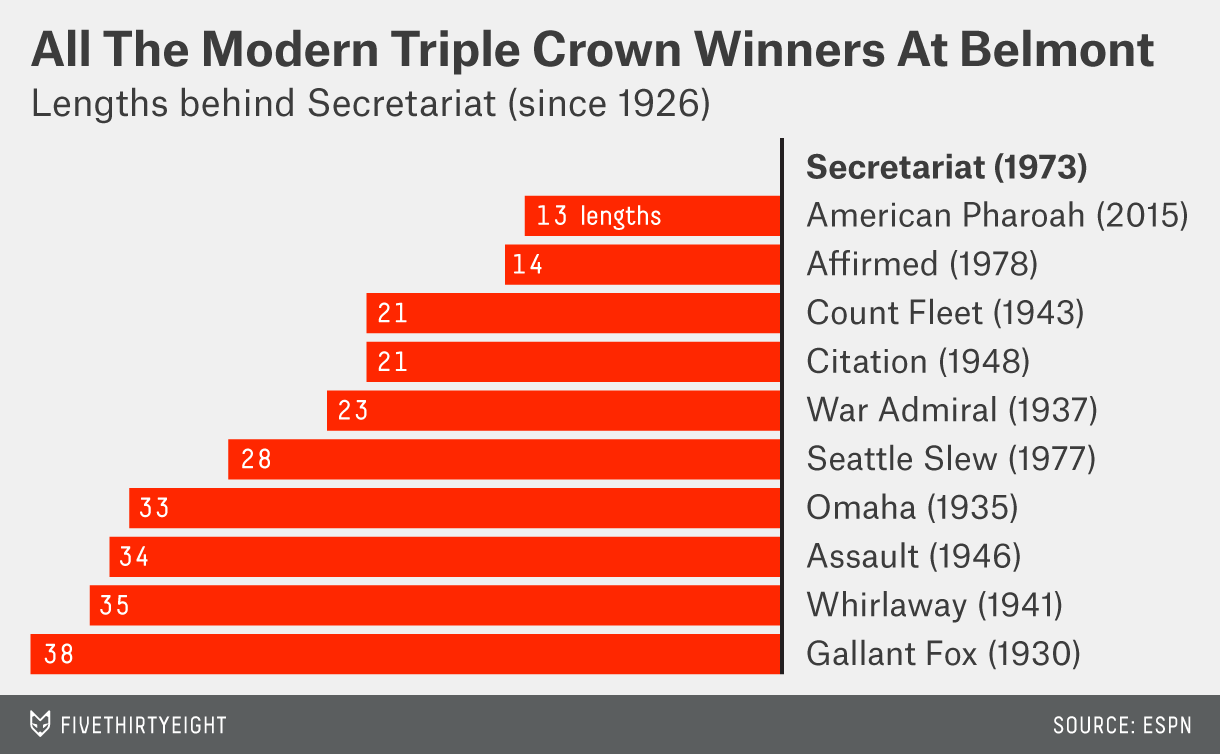 Still, this is amazing company, and American Pharoah’s triumph is only the fourth Triple Crown since 1948.

All that said, American Pharoah’s win didn’t clear up whether a horse that wins at 9.5 and 10 furlongs (the distances of the Preakness Stakes and Kentucky Derby, respectively) is likely to be able to win at 12 furlongs. The types of horses that win the Belmont may be more naturally calibrated to the longer distance.

There’s some evidence of specialization in the race’s winning times. Since the Belmont Stakes moved to 12 furlongs for good in 1926, American Pharoah’s time is only seventh-best, with four of the six better times coming during the most recent drought: 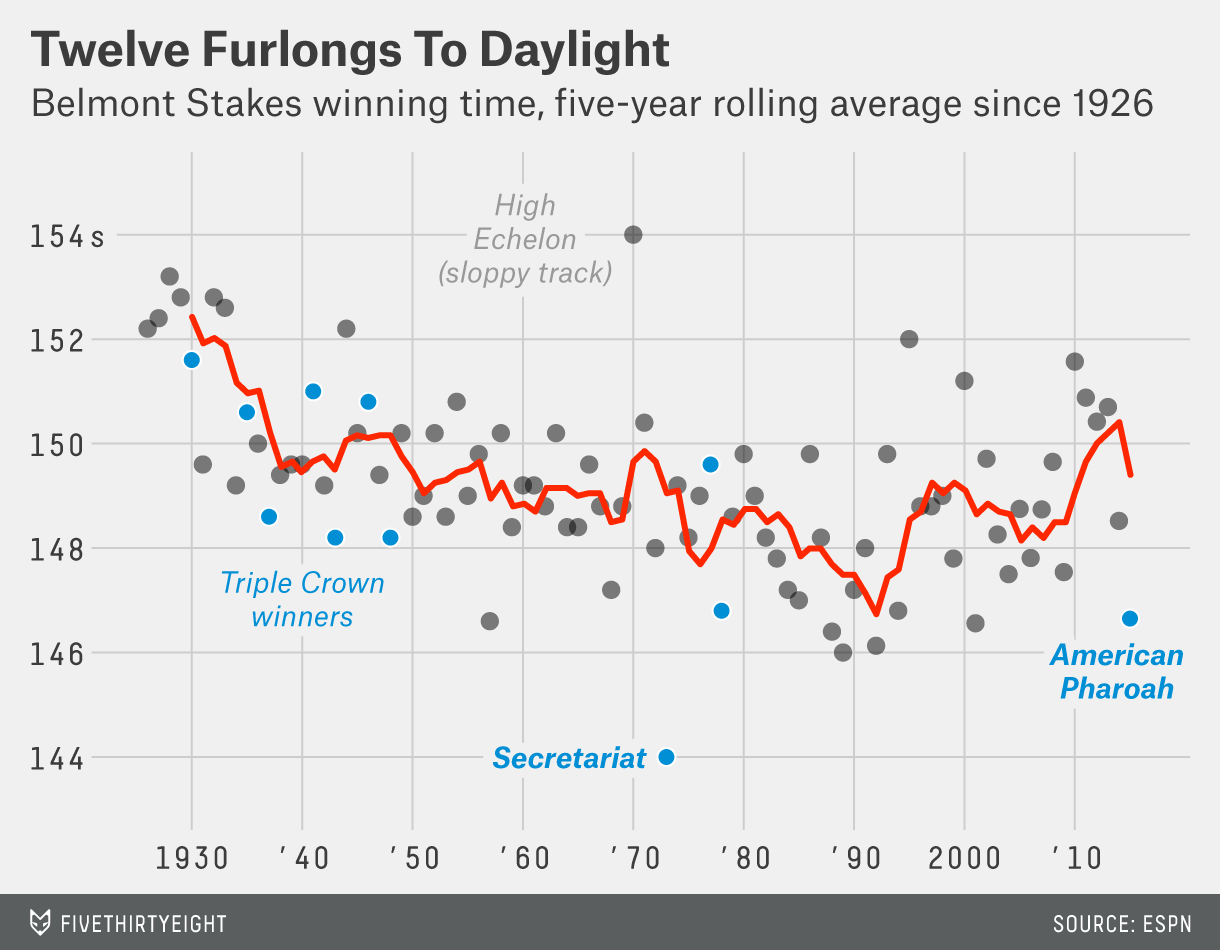 The most interesting thing about this chart is what we do not see: There hasn’t been a recent bunch of Belmont superhorses. In fact, Belmont times have been on the rise for the past 20-plus years, and their five-year average in 2014 (pre-American Pharoah) was the highest it has been since the 1930s.

While this makes a win by American Pharoah a little less spectacular than if he had to fend off a troupe of ever-improving distance-running specialists, it makes his time – the best by any horse in over a decade (since Point Given in 2001) – even more impressive, relative to the recent trend.