A few weeks ago, I wrote that Alabama might be on track to become the greatest college football team of the AP poll era,1 at least according to the Elo rating system we like to use here at FiveThirtyEight. At the time, the Crimson Tide had two regular-season games remaining: Home games against Chattanooga (an FCS team they had essentially no chance of losing to), and Auburn (in the Iron Bowl). By my reckoning, there was no way Alabama could pass the 1995 Nebraska Cornhuskers for No. 1 all-time in Elo versus Chattanooga, and they’d have to win by at least 32 against Auburn to pull off the feat. Instead, they beat the Tigers by 18, so here’s where the Tide stand going into next Saturday’s SEC championship game against Florida: 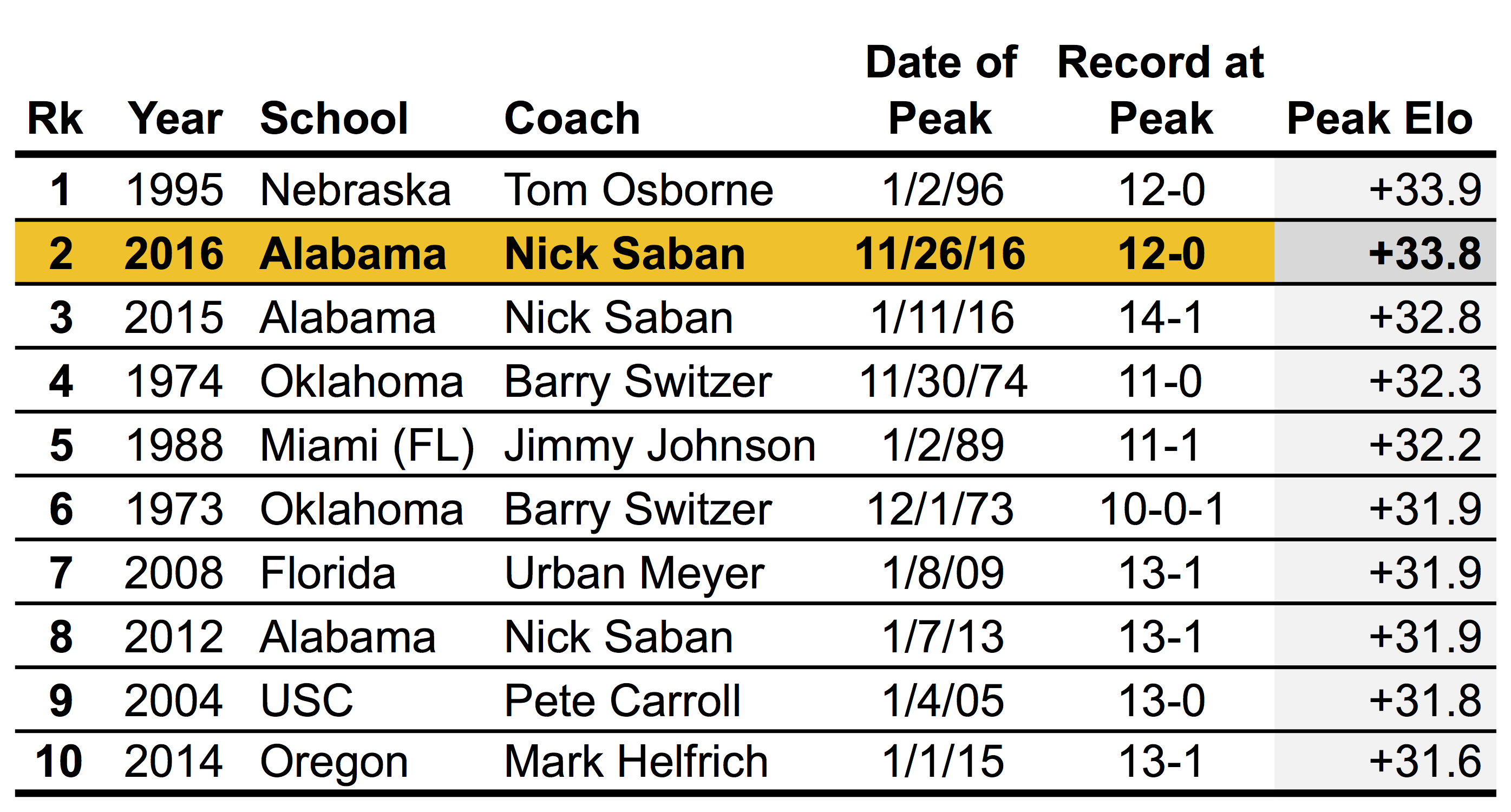 By the slimmest of margins, Alabama is still No. 2 all-time behind Nebraska. But if the Crimson Tide wins the SEC championship by at least 11 points, it would also break the record for the highest peak Elo rating of any team since 1936. Elo says ‘Bama should be favored by 23 points at the Georgia Dome’s neutral field, and the consensus of the betting lines favors the Tide by 24.5, so it’s probably more likely to happen than not.2 But if not — say, Alabama only beats Florida by a touchdown instead — the Tide would need to win their first game of the College Football Playoff (most likely against Washington, if our CFP model holds up) by any margin in order to break the record. After that, there’s just the little matter of finishing out the season with another win to keep pace with Osborne’s Cornhuskers, who peaked at the end of the season with a national title.

CORRECTION (Nov. 28, 5:26 p.m.): A previous version of this article misstated Nebraska’s 1995 football ranking. They were the sole champions, ranking No. 1 according to both the AP and Coaches’ polls; they did not share in the national title.

FiveThirtyEight: Is Alabama a lock?