In Arkansas, for example, Republican Tom Cotton won a hard-fought victory over incumbent Democratic Sen. Mark Pryor. Yet a ballot initiative to raise the state’s minimum wage to $7.50 won the support of nearly two-thirds of voters. Similarly, voters in Nebraska and South Dakota approved minimum wage hikes even as they elected or re-elected Republicans in Senate and gubernatorial races. 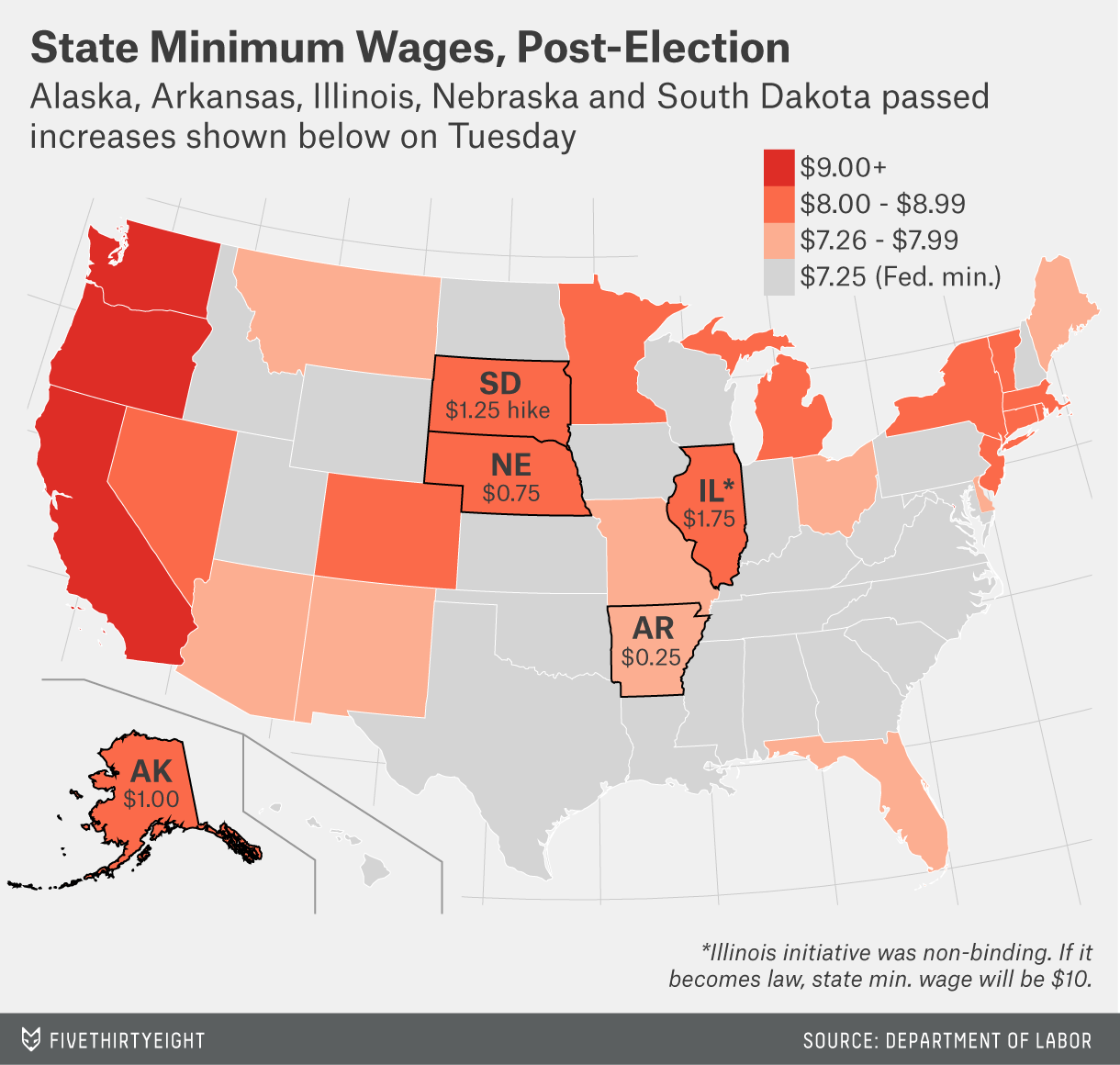 In Wisconsin, which didn’t have a statewide initiative, voters backed city- and county-level minimum wage proposals even as they re-elected Republican Gov. Scott Walker, who once told the Milwaukee Journal-Sentinel that he didn’t think the minimum wage “serves a purpose.” (Illinois also approved a non-binding referendum on the issue. That’s less surprising; it’s a reliably blue state that re-elected Democrat Dick Durbin to the Senate, although incumbent Democratic Gov. Pat Quinn was ousted by Republican Bruce Rauner.)

In Alaska — where Republican Dan Sullivan is leading the Democratic incumbent, Sen. Mark Begich — the minimum wage increase hasn’t been formally called yet, but it looks like it will almost certainly pass by a wide margin.

On the one hand, none of the votes were particularly surprising. Republicans were expected to win in those states, and the ballot initiatives, based on what little polling there had been, were expected to pass. But it’s still striking to see voters in state after state support raising the minimum wage even as they elect Republicans who, for the most part, oppose such policies.

Looked at another way, though, the votes make more sense. In exit polls, voters across the country reported being dissatisfied with the state of the economy. Seven out of 10 voters said the economy is in bad shape, and only 28 percent said their own financial situation had improved over the past four years. Those responses are pretty consistent with the hard data: Wages have been stagnant in the recovery, and median household income is still 8 percent lower than when the recession began seven years ago.

In other words, voters are pessimistic about the economy and want new leadership, hence their support for Republicans. But they’re also worried about their low pay and want to see a higher minimum wage. From a policy perspective, those two votes seem at odds with one another. But they both reflect the same economic frustration.