We’ve been exploring data from The Echo Nest and Song Meanings about boy bands from the 1990s. Check out our explainer of how the data set works here. Last week, we looked at boy bands’ composition and lifespan, the relatively old ages of their members and what makes them banal. This installment analyzes their lyrics. I pulled the lyrics of every song by 31 of the 35 1990s boy bands in our set (the bands whose lyrics were available via Song Meanings). This came to 1,290 songs that comprise more than 220,000 words.

It was the 1990s — TLC was admonishing scrubs, and Will Smith was getting jiggy with it, but what were boy bands talking about? Boy band lyrics didn’t get much attention — the words were overshadowed by members’ perfect hair and perfectly synchronized dance moves. No longer!

Those lyrics were talking about you. 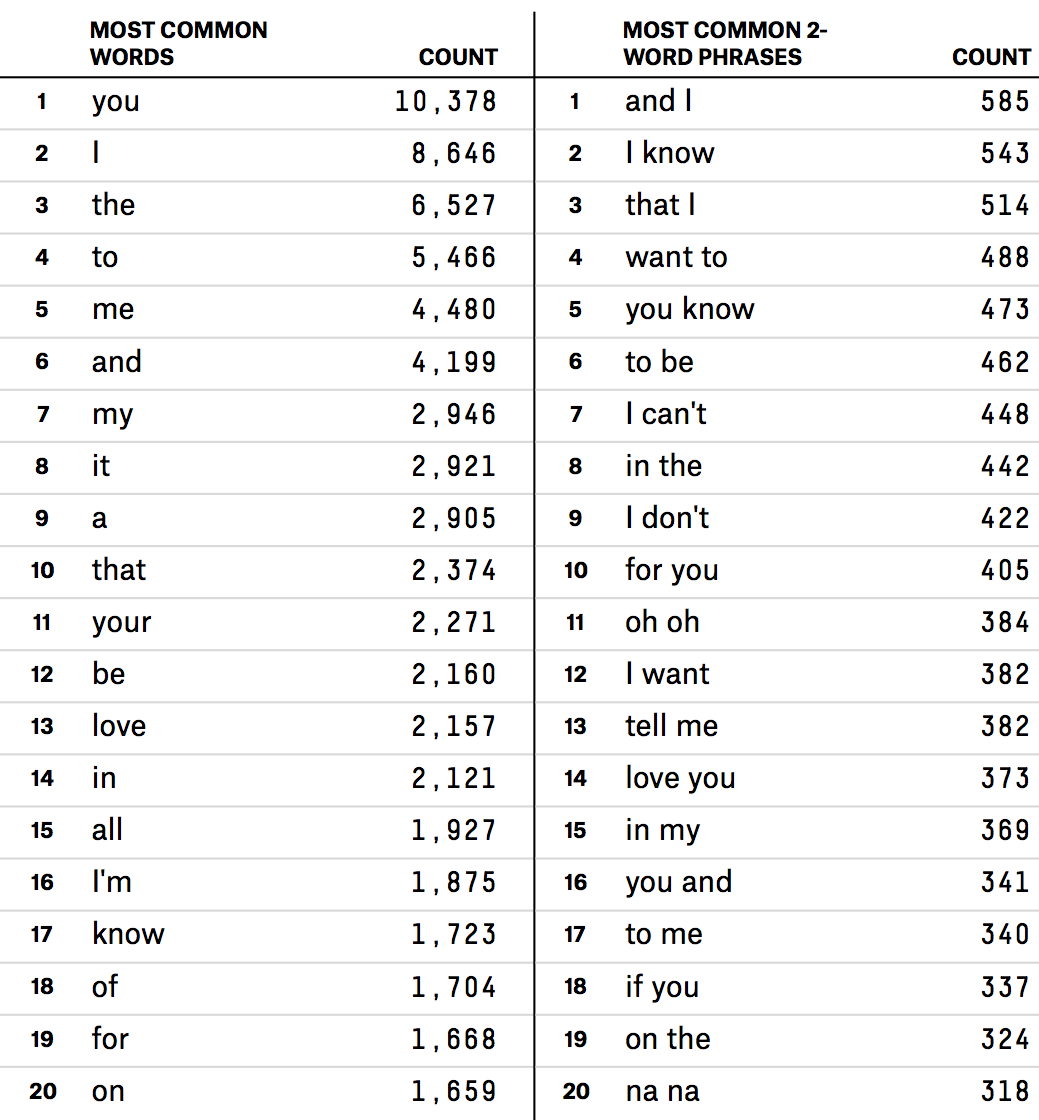 We can get a clearer picture by looking at the most common three- and four-word phrases. Boy bands are needy; excluding groupings of vocables such as “na na na,” “oh oh oh” and “la la la,” the most-used three-word strings were about desire for you, including “I love you,” “I need you” and “I want you.” 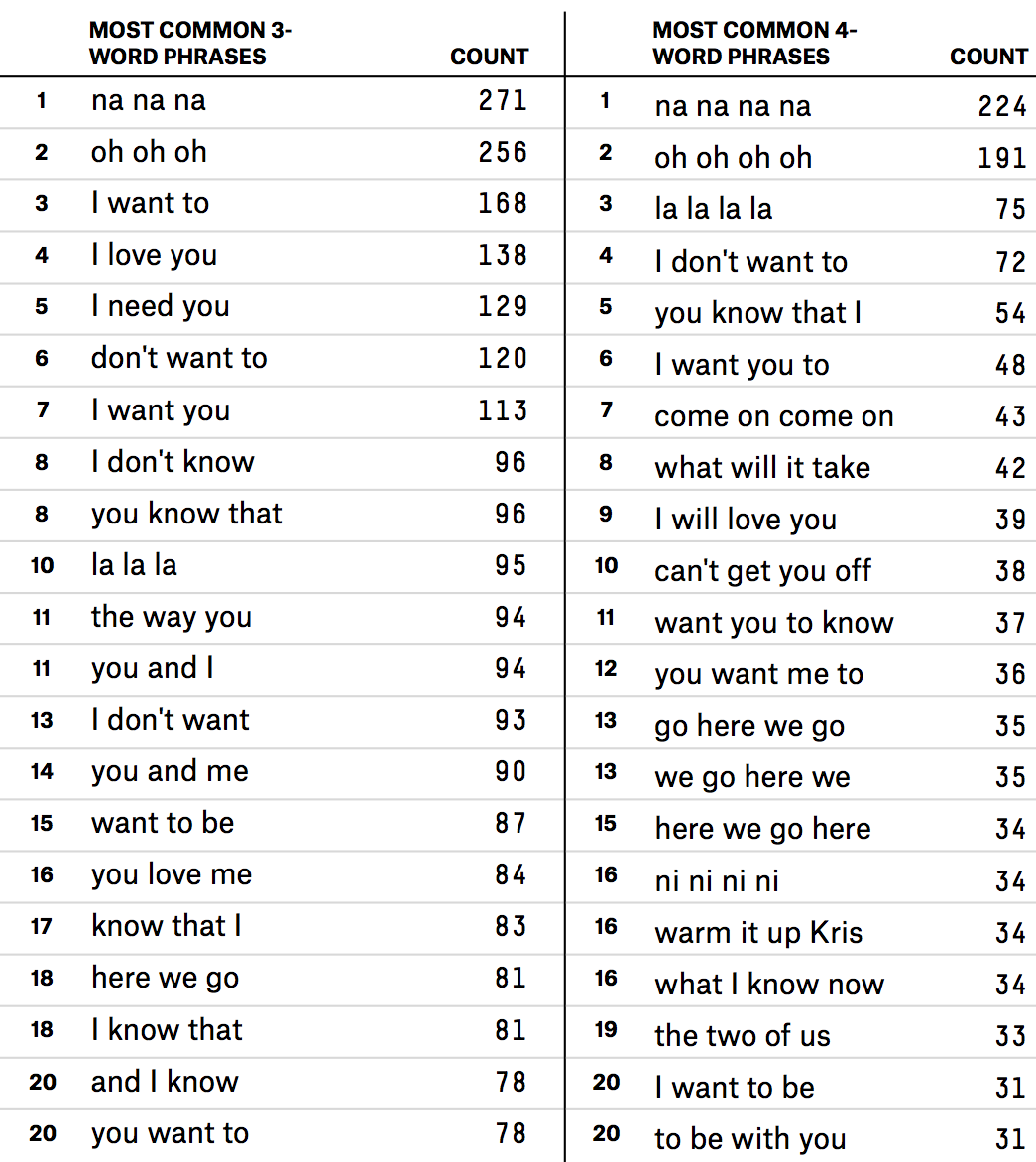 “You” outpaces “the,” the most commonly used in the English language. All those “yous” could be the reason that “she,” the 30th most commonly used word in the English language, falls to 82nd in boy band vernacular, down with “cause” and “gonna.” (Fun fact: “Cause” appears more than five times as often as “because” in our set.) In other words, boy bands prefer to sing to their listeners, instead of about others.

P.S. The first reader to send in the list of four-word-phrases set to an energetic beat gets a platinum record.