Skip to main content
Political Scientists Say The Ukraine Scandal Could Be One Of The Most Abnormal Events Of Trump’s Presidency Nov. 13 By Perry Bacon Jr.

A group of political scientists are running an initiative called the Bright Line Watch in which they regularly interview hundreds of political scientists in the U.S. to ask about the state of America’s democratic institutions and values in the Trump era. The survey asks scholars things like whether they believe “all adult citizens have equal opportunity to vote” and has them rate their reply on a scale ranging from “the U.S. does not meet this standard” to “the U.S. fully meets this standard.”

Bright Line Watch has also asked scholars to rank various controversies during the Trump presidency by how normal/abnormal they are and how unimportant/important they are. And in the group’s October survey, its ninth since Trump was elected, scholars said they were increasingly worried that the United States is not abiding by the notion that “Government agencies are not used to monitor, attack, or punish political opponents.”

Considering the survey was conducted from Oct. 8-25, amid controversy over whether Trump, with the aid of some State Department officials, was trying to coerce Ukraine’s government to investigate the Bidens, this is not that surprising. But Trump’s alleged actions in the Ukraine scandal were rated as both one of the most abnormal and important events of his tenure, according to the scholars interviewed.

The only other event that struck the scholars similarly abnormal and important was Trump’s remarks in a joint press conference last year with Vladimir Putin where he questioned the conclusion of the U.S. government that Russia interfered in the 2016 presidential election. By contrast, scholars in the survey said that Trump’s push to add a citizenship question to the census was important but not that abnormal. 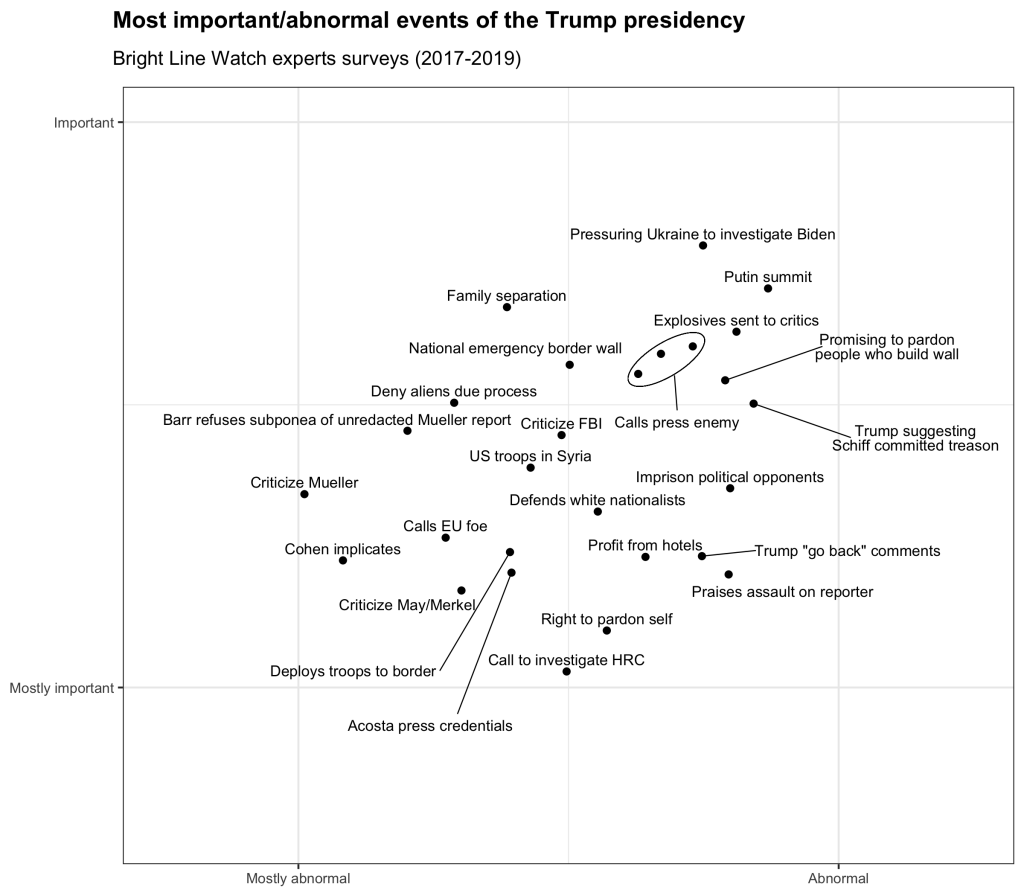 Since The Capitol Attack, Trump’s Approval Rating Has Plummeted At A Record Rate

How Has The Radical Right Evolved Under Trump?

Storming The U.S. Capitol Was About Maintaining White Power In America