Biden was down in Wisconsin before the Milwaukee absentee results came in early this morning. The boost pushed him up past Trump, but the race in this state is still very, very tight. Biden and Trump are both at 49 percent, with only about 20,000 votes separating them, and 97 percent of the votes have now been counted, according to ABC News.

It’s all coming down to Green Bay and Kenosha, two cities that lean Democratic but are situated in counties that do not. It's an interesting situation that led to Biden's lead widening, even as Trump won both those counties. In Green Bay, for example, Biden leads 25,036 to 21,123. But Brown County is going to Trump with 52.7 percent of the vote -- 75,865 to 65,509. 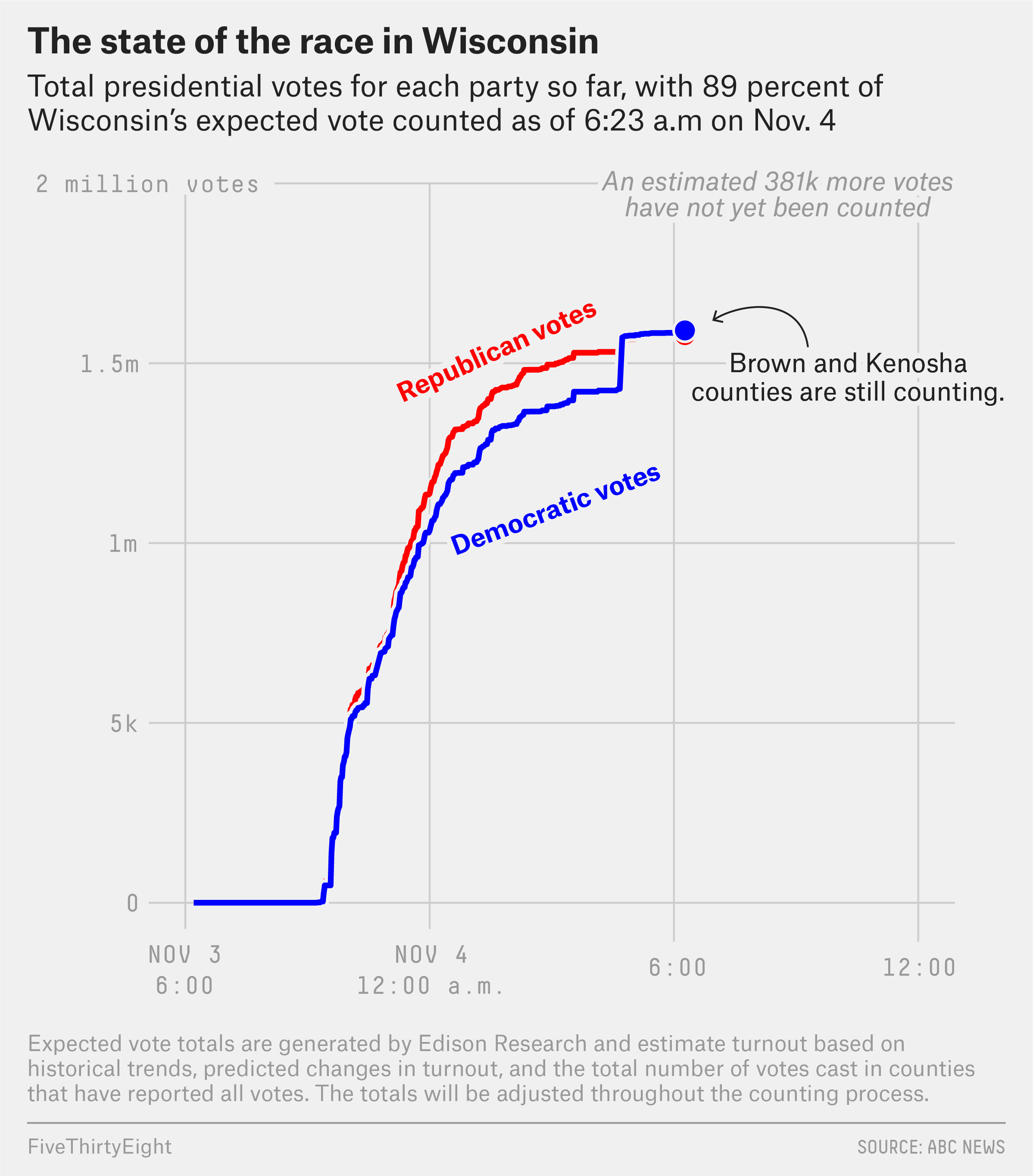 The outstanding votes are coming in right now. As I've written this, we've gone from 90 percent reporting to 97 percent of the state reporting. But that doesn’t mean we’ll have a final count anytime soon -- the margin between the two candidates is so slim, there's likely to be a recount, which the loser can request if the vote difference is within 1 percentage point.

Even Though Biden Won, Republicans Enjoyed The Largest Electoral College Edge In 70 Years. Will That Last?