The economic distress of the Great Recession led to a dip in childbearing among American women, leading to reports of a “baby bust.” But that trend may be ending, at least when it comes to older and highly educated women. A new report found the percentage of childless women ages 40 to 44 reached its peak in 2006 at 20 percent and has declined in the years since, down to 15 percent last year.

The report, released on Thursday by the Pew Research Center, found that for every education level, the percentage of childless women ages 40 to 44 was lower last year than it was in 1994, and that the difference was the most dramatic among women with a medical degree or a doctorate. 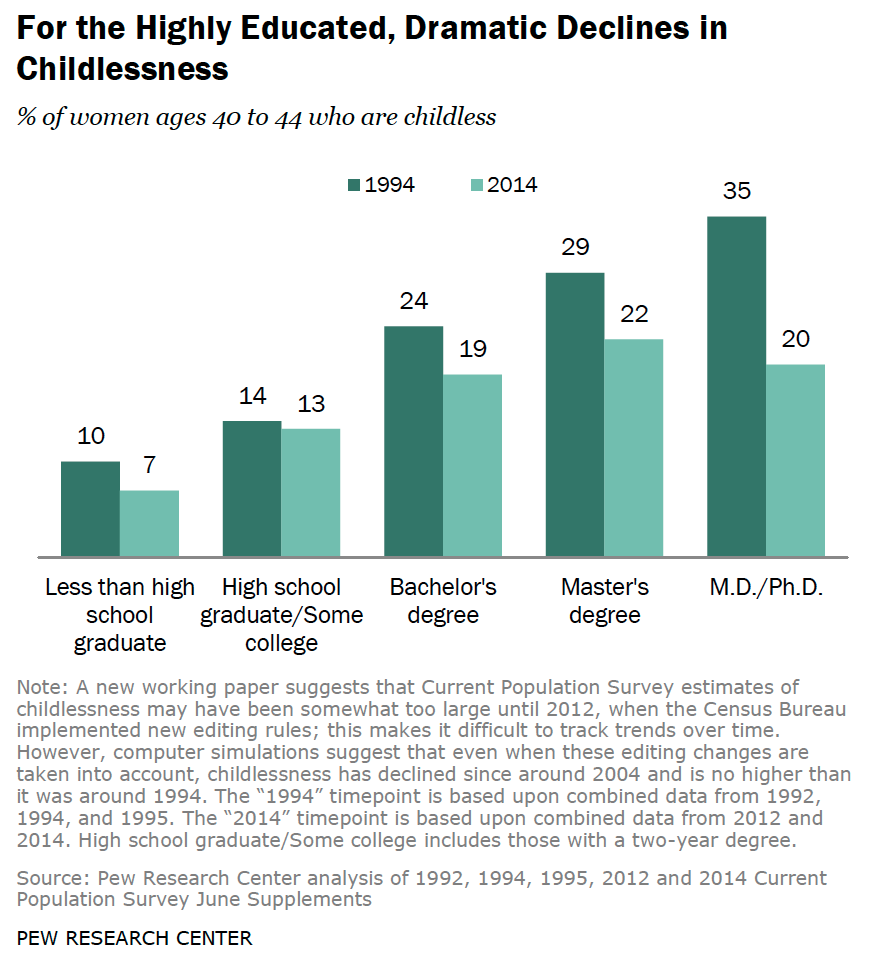 This drop in childlessness may seem to be at odds with other fertility reports noting a recent decline in births, but the Pew study said those reports examined fertility only at one point in time, not cumulatively over a woman’s lifetime, and failed to take into account a later age of childbearing.

“Part of what accounts for the low fertility indicated by annual rates is the fact that many women are putting off having children until later in life,” the report said, “both due to broad cultural changes (such as increasing education), and due to the Great Recession, which intensified delayed childbearing, particularly among younger women.”

The report said it’s not clear whether the decrease in fertility among younger women will translate to a lower lifetime fertility rate by the end of these women’s childbearing years. While there is evidence showing that declines in fertility that coincide with high unemployment do indeed decrease lifetime fertility, there’s also evidence showing that women who delay having children do “catch up” in later years. Basically, as Gretchen Livingston, one of the Pew report’s authors, has said before, “It’s complicated.”

The finding that more older women are having children isn’t the only surprise in the report. Pew also found that older and highly educated women are having more children than they used to, and they’re the only group for which that’s true. 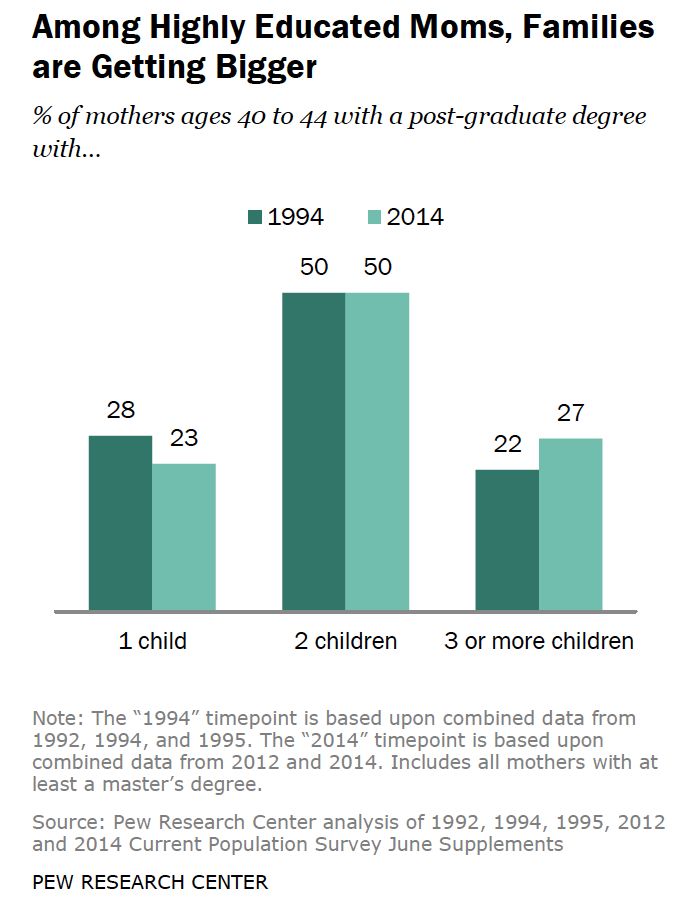 One possible reason for this change is that the population of people attaining higher degrees today is very different from what it was in 1994.

According to data from the National Center for Education Statistics, a higher percentage of every racial group in the U.S. had a graduate degree in 2013 than did in 1995. And while there was no measurable difference in the percentage of men and women earning a master’s degree or higher in 1995, women were more likely than men to have earned a higher degree in 2013, at 9 percent and 6 percent respectively. When the group of women who are obtaining higher degrees is expanding and diversifying, it makes sense that childbearing trends among that group would change as well.