Friday’s ticker-tape parade in honor of the U.S. women’s national soccer team, which won the World Cup on Sunday, is the first such parade in New York to honor exclusively women since 1960. That’s when Carol Heiss received the ticker-tape treatment in honor of her figure-skating gold medal at the 1960 Winter Games. The most recent parade in which a woman was included took place in 1998, when Chiaki Mukai was honored along with the rest of the crew of the Space Shuttle Discovery. 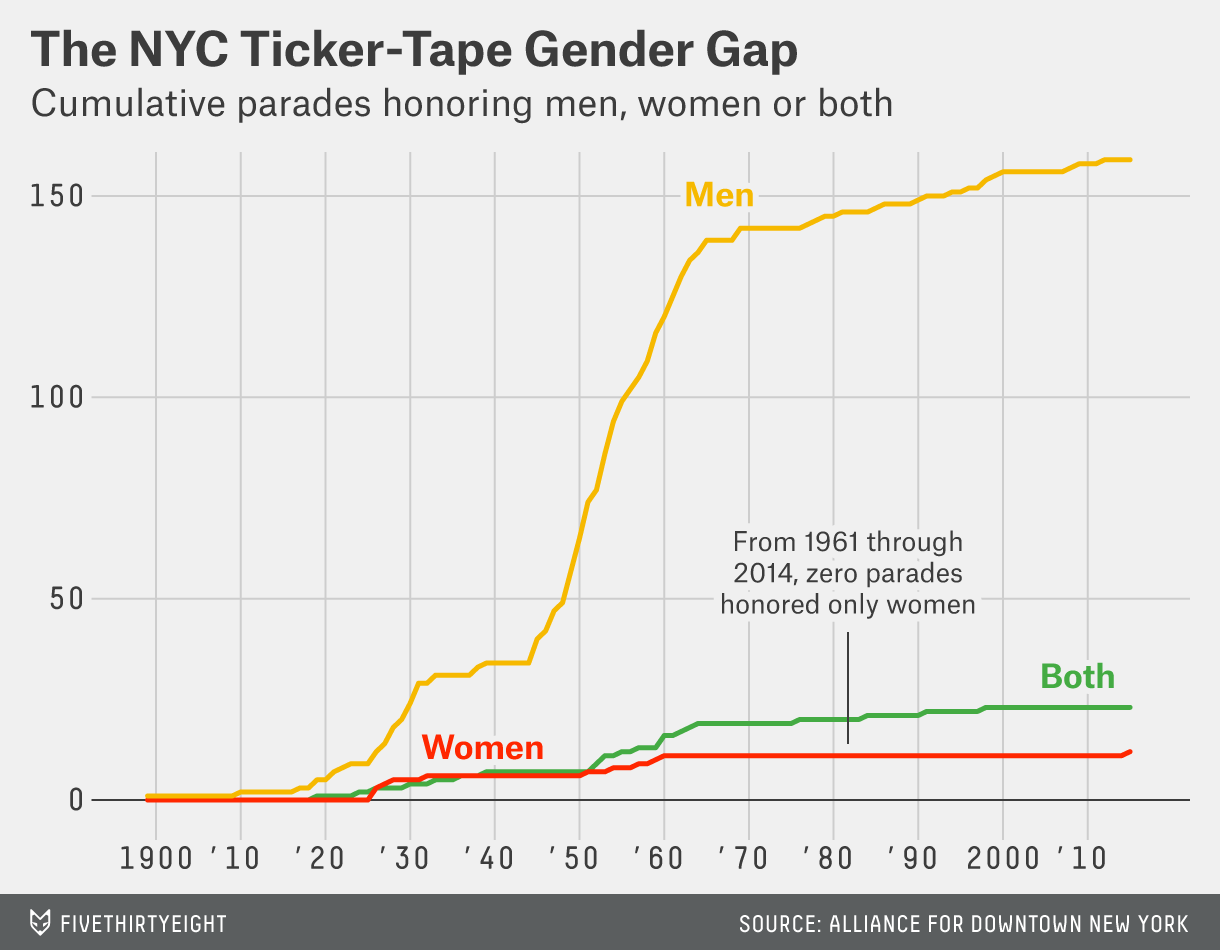 Women were most frequently given parades because they were royalty. Thirteen queens and princesses received ticker-tape parades: 11 accompanied by their spouses, two solo. The next most common kinds of female honorees were athletes and adventurers (seven parades for each category). Women have been honored as part of Olympic teams or for a particular sports victory. The adventurers crossed the Atlantic (in planes) and the English Channel (under their own power).

The gap in parades reflects the exclusion of women from many domains, not simply a sexist parade-allocation method. A large share of the historical parades were offered for generals and heads of state at a time when women were not considered for these positions. Parades have become rarer in recent years, just as more women have achieved the positions that might have earned them parades in the past.