In my article on college majors, I point out that it’s a mistake to treat STEM majors — science, technology, engineering and math — as a single category. Majoring in technology, engineering or math does generally lead to a well-paying job. But the sciences, especially life sciences, are a different story. The median salary for a recent graduate with a degree in biology, for example, is just $33,400, putting the major solidly in the bottom half of all fields. (These figures are for graduates 27 or younger with a full-time, year-round job and no graduate degree.)

There’s another difference between the “S” and “TEM” parts of STEM: gender.

Women make up almost exactly half of all recent STEM graduates. But they make up less than a quarter of all graduates in the 20 highest-paying STEM fields, and more than two-thirds of graduates in the 20 lowest-paying majors. (I’m defining STEM here as any majors categorized as engineering, computing, science, math or health. The full data is on GitHub.) 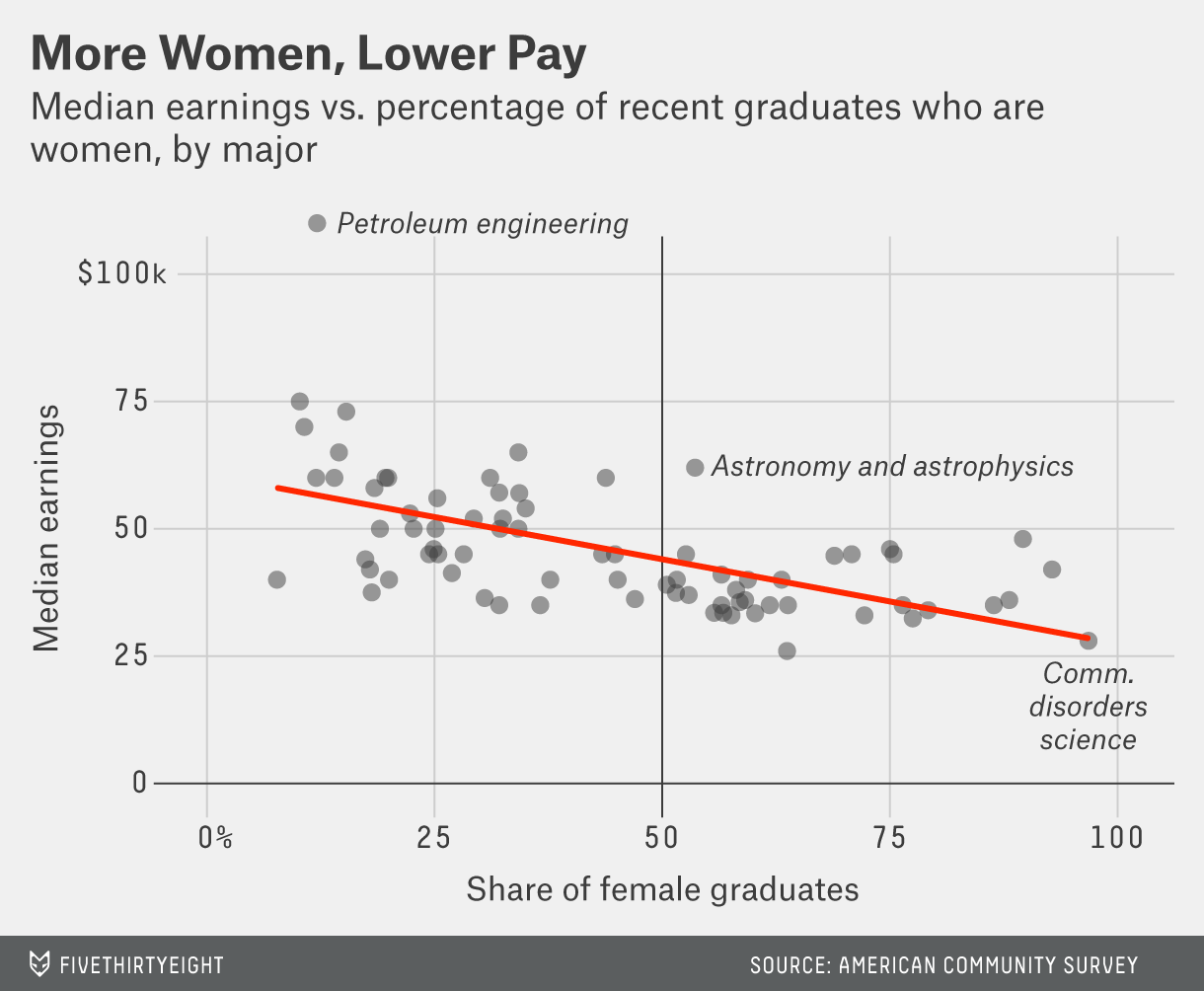 The S-vs.-TEM divide is a big part of the explanation. Engineering majors dominate the list of the highest-paid STEM fields (and of fields more broadly); nearly all of those majors are also heavily male. Lower-paying jobs, meanwhile, tend to be in the health and life sciences fields, which have a much higher proportion of female majors. (It’s worth noting that these figures include only people without graduate degrees. Women make up a growing share of doctors, who rank among the best-paid U.S. workers.)

What the data can’t answer is why women are choosing less lucrative majors. In recent years, schools such as Harvey Mudd College and Carnegie Mellon University have taken aggressive steps to increase the number of women studying computer science, which has been falling. Leaders of those schools have pointed to a range of challenges, from lack of exposure to computer science in childhood to Silicon Valley’s “brogrammer” culture. The issue extends beyond choice of major: As my now-colleague Lisa Chow reported for NPR last year, even when women do study math and engineering, they’re more likely to go into lower-paying fields within those areas. And even when women choose the same field as men, women are often paid less.