The Chinese shopping spree of American real estate is ramping up, with buyers focused on more expensive homes in dense urban areas in California, New York and Washington state, according to a survey of realtors released this week. That survey confirms the general understanding that Chinese money is flowing into the U.S., driven by a favorable exchange rate, increased access to credit and desire for secure investments.

More than any other foreign buyers of U.S. real estate, the Chinese appear to have a predilection for cities. One of those cities is New York. Jonathan Miller of Miller Samuel Inc., a real estate appraisal firm based in the city, said 20 years ago it was the Japanese snapping up properties. More recently it was Russian oligarchs or Saudis. Now it’s the Chinese.

Foreign buyers usually make up 15 percent of Manhattan’s condo and townhouse market, Miller said. Today, he puts that number closer to 30 to 40 percent. (Nationwide, foreign buyers make up about 7 percent of transactions, though that share is rising.) And while Canadians and Europeans remain prominent buyers, the Chinese share of purchases is growing rapidly.

Other foreign buyers prefer vacation homes in less urban areas. Of the five countries whose citizens are the prime buyers of U.S. real estate — Canada, Mexico, China, India and the United Kingdom — China ranked at the top in the percentage of clients who preferred “central city/urban” real estate areas to “suburban,” “small town/rural” or “resort” areas, according to the NAR survey.

Jed Kolko, the chief economist for the real estate website Trulia, noted last month that the Chinese searched for real estate in dense urban areas nearly nine times more frequently than they did for real estate in vacation areas — the highest ratio of the 10 countries Trulia tracks. And when the Chinese searched on Trulia, they focused largely on the West Coast, including Los Angeles, Orange County, Palo Alto and San Jose in California, and around the Seattle area.

They’re looking for a safe investment. When NAR surveyed more than 3,500 realtors about their international clients, it asked about the most important factor influencing purchases. Most cited were statements like “the U.S. is viewed as a good” or “profitable” investment. But the idea that U.S. real estate is a “secure investment” had risen the most — to 25 percent in 2014, up from 20 percent in 2009.

They’re richer — and they have more access to credit. The Chinese have greater means to buy, thanks in part to the country’s economic growth and, in recent years, a boom in credit.

They’re benefiting from a stronger yuan. Exchange rate movements over the last several years have made U.S. assets more appealing to Chinese buyers. As the U.S. dollar has depreciated against the yuan — giving the Chinese more buying power — China’s rise in U.S. real estate purchases has moved in lockstep. Seventy-five percent of realtors surveyed by NAR said the exchange rate was an important factor in their clients’ decision to buy. 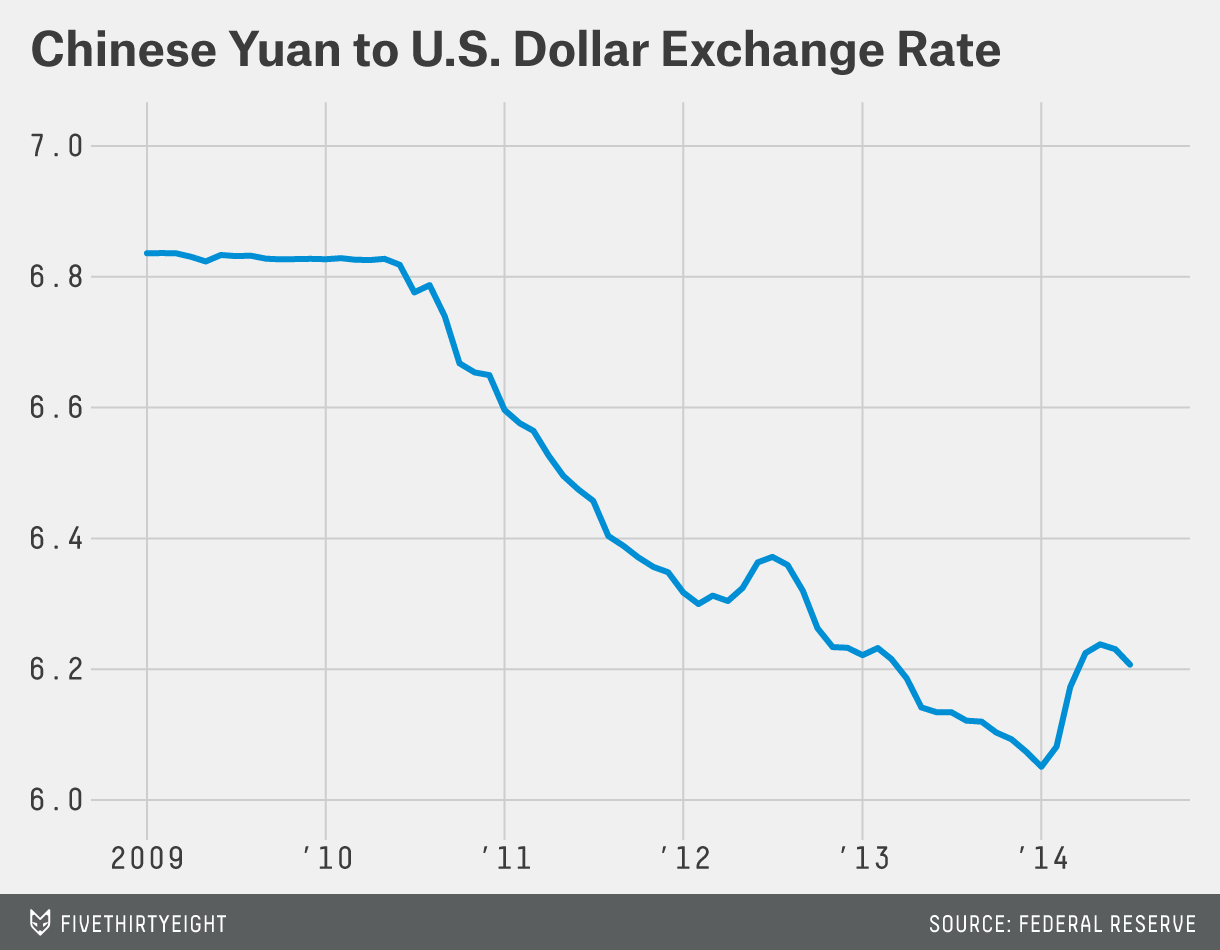 They’re dealing with a possible housing bubble at home. After years of strong gains, by several measures China’s housing market appears to be cooling. The possibly overvalued market at home — along with increasing regulatory constraints on real estate purchases — might be encouraging the Chinese to buy overseas.

If Chinese investors keep pouring billions of dollars into high-priced real estate in major American cities, it could have implications for the affordability of housing. Cities like New York and Los Angeles have always been magnets for wealthy Americans. Now they’re targets of China’s moneyed elite, too.