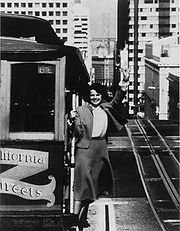 I’ve never been particularly sanguine about the prospects for EFCA’s passage. That Arlen Specter has come out against it does not surprise me, given that he seems to face a greater threat in the Republican primary than in the 2010 general election. If Blanche Lincoln or Mark Pryor of Arkansas, where Walmart is headquartered and where unionization rates are low, are waffling on the bill, that’s nothing if not predictable. And if Ben Nelson of Nebraska, who has generally been the most conservative Democrat in the Senate, opposes the measure, that would pretty much be par for the course.

But Senator Dianne Feinstein of California, who has declined to co-sponsor EFCA and may not support it at all? This is much harder to explain. Feinstein is not nearly as liberal as the lay public assumes. Nevertheless, she has an 87 percent lifetime score (.pdf) from the AFL-CIO, and hails from progressive California, which has one of the highest unionization rates in the country. This is not the profile of someone whom you’d think might vote against the bill that labor considers its most important priority in decades. So, what gives?

Here’s my theory. California is holding a gubernatorial race of 2010, in which Feinstein is a prospective candidate. In fact, according to the Field Poll (.pdf), Feinstein is probably the favorite in the Democratic primary if she chooses to enter.

But as is always the case in California, the field is going to be very crowded. Lieutenant Governor John Garamendi has already entered, and a number of higher-profile candidates may be on their way, including Los Angeles Mayor Antonio Villariagosa, San Francisco Mayer Gavin Newsom, and Attorney General (and former Governor) Jerry Brown.

Villariagoa, Newsom, and Brown are all likely to get plenty of support from unions. Feinstein, even before this vote on EFCA, probably was not going to. So there’s not that much for her to lose by pissing off labor: even if they’re angry with her, that leaves open the question of which of the several alternatives they’d urge their constituents to vote for instead. Odds are that the various unions will split their endorsements. Protest votes don’t work very well in multi-candidate races.

And what is there for Feinstein to gain by this? Well, money. Winning a race in a state as large and diverse as California is exceptionally expensive. Moreover, campaign finance laws are much laxer in California. Individuals and PACs can contribute up to $24,100 (.pdf) in California in both the primary and the general election, much higher than the $2,300 federal limit. By hedging her bets on EFCA, Feinstein stands to make herself more attractive to corporate contributors. She might also differentiate herself as the moderate candidate in a field of liberals, which is not a bad strategy since California’s primaries are open to independent and Republican voters.

So the upshot of her lukewarmness on EFCA is this, I think: Dianne Feinstein is running for governor.