As Mississippi’s special election runoff drew to a close on Tuesday, FiveThirtyEight editor-in-chief Nate Silver tweeted that “someone should primary [Cindy] Hyde-Smith, who’s up again in 2020.” Hyde-Smith won by just 8 percentage points in a state that is 15 points more Republican-leaning than the country as a whole1 — this was a pretty close margin for a Republican in a state as red as Mississippi. That makes Hyde-Smith look vulnerable, and the Mississippi GOP has a deep bench of potential office-seekers who could be gunning for her seat in 2020.

Alas, we don’t yet have any polling for Mississippi’s eventual Senate primary — or most 2020 races, for that matter. However, we do have a new poll breaking down possible matchups in the 2020 Massachusetts Democratic primary — and it is eye-opening. If incumbent Democratic Sen. Ed Markey faces a primary challenge, the University of Massachusetts Amherst found that he could be in a close race if he’s opposed by either of two notable Democratic names: Massachusetts Attorney General Maura Healey or Rep. Seth Moulton. In fact, Healey held a 1-point lead over Markey, while Markey led Rep. Seth Moulton by 4 points.

Now, we are talking about one poll of a race that is still two years away, and, unsurprisingly, it showed that many voters were undecided, so we shouldn’t read too much into this. But to find that a relatively popular incumbent senator is potentially vulnerable to a primary challenge is striking. Markey has only been in the Senate since he won a special election in 2013, but he’s been in Congress since the 1970s. Considering Democratic primary voters unseated long-time Rep. Mike Capuano in Massachusetts this cycle, the Democratic electorate’s desire for fresh faces — and Markey’s bad polling numbers, assuming they don’t improve — could encourage someone to challenge him in 2020. Whether or not that someone ends up being Healey or Moulton remains to be seen. Healey may prefer to run for governor in 2022 and Moulton could be a presidential aspirant.

But let’s say Markey does face a tough primary. It turns out he may have company. To see who might be the target of a primary challenger in 2020, I looked at current senators who are up for re-election in 2020 and who were elected incumbents in 2014, which was the last time the 2020 class of senators was up for election. There are 33 seats in that Senate class, so to narrow it down to the tightest and therefore most interesting races, I excluded people who were elected for the first time in 2014, since they were almost guaranteed to face a primary fight regardless of whether they were a good or bad candidate, and I also dropped current senators who had no primary opposition in 2014 (since they were guaranteed to win by a huge margin) and any senators who were appointed since 2014 (didn’t face a primary that year) or who have left office since then (not running again in 2020). That left nine incumbents, of whom five — all Republicans — won 60 percent or less of the vote in their primaries:

The other four incumbents up who faced primary challengers in 2014 won roughly 80 percent of the vote or more. But that 60 percent mark is notable because once you get below it, you start getting into competitive territory for a two-candidate race.

Sens. Lamar Alexander and Pat Roberts, who both won their primaries despite pulling in a hair under 50 percent of the vote in 2014, benefited from multi-candidate fields that fragmented the vote to some degree and made it harder for the opposition to consolidate behind a single candidate. And in South Carolina, where a candidate must win at least 50 percent of the vote to win a primary, Lindsey Graham only avoided a runoff by a relatively slim 6-point margin. His night-and-day shift on President Trump may reflect his eagerness to survive another GOP primary.

Sens. John Cornyn and Mitch McConnell won somewhat more comfortably, but as party leaders — Cornyn is the Republican party whip and McConnell is the party’s Senate leader — both of them (and especially McConnell) bear the brunt of the public’s dissatisfaction with Congress. To differing degrees, all five appear interested in running again, so a tough slog to win renomination could be in the cards. And who knows which other races might become competitive — after all, Markey didn’t have an opponent in his 2014 primary, but he could be vulnerable this time around. Few could have foreseen Rep.-elect Ayanna Pressley’s win against Capuano in Massachusetts or Rep.-elect Alexandria Ocasio-Cortez’s victory over Rep. Joe Crowley in New York. In theory, Markey could be the victim of one of the next cycle’s primary upsets. 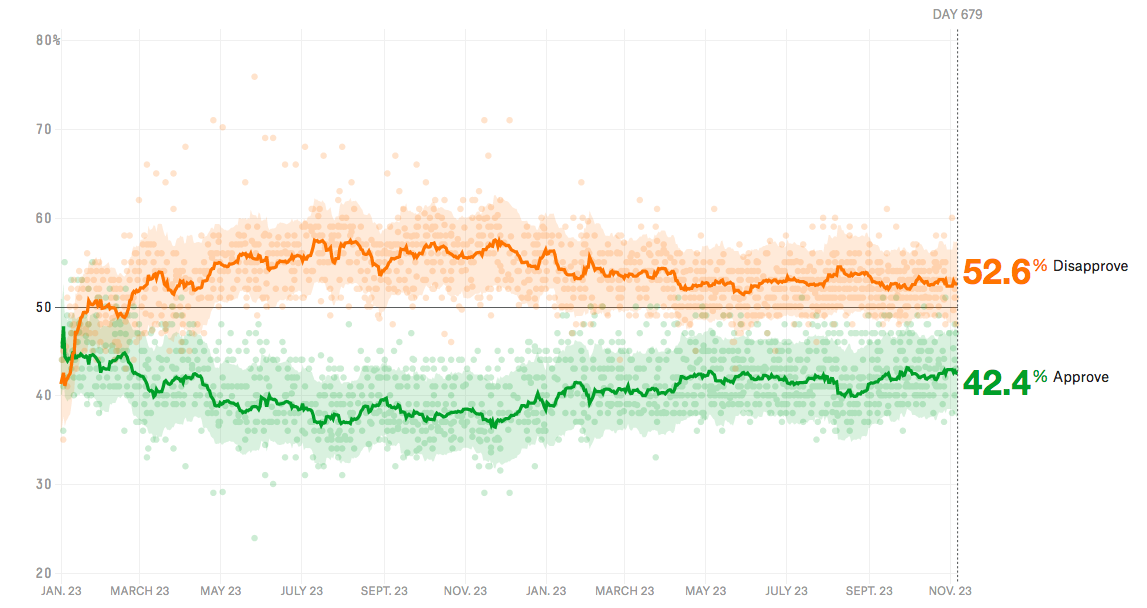