After an evening at Grassroots Tavern, some friends and I got into a heated argument about “Love Actually,” which I contend is a good movie (see this Ben Dreyfuss essay for more on that). This eventually became a slightly less heated argument about which movies make people cry. The consensus was that everyone has at least one movie that gets them. The lone dissenter was my friend Alex Kaufman, who claimed he had never cried during a movie. After we listed approximately half the films on IMDb, he eventually recanted, saying that “Saving Private Ryan” had, at points, briefly broken his steely resolve. This leads us to this week’s question:

What movies make people cry the most?

I asked SurveyMonkey Audience, which conducts polls for us from time to time, to ask people what films — if any — had ever made them cry, or at least made them choke up a bit. Respondents could volunteer up to five films.

About 92 percent of the 665 respondents said a movie had made them cry. The dry-eyed 8 percent were asked whether a movie had ever at least gotten them misty-eyed or choked up. A little more than half of them conceded that yes, they had been close to crying before. Call this the “Alex Kaufman Group.”

Still, this leaves us with 4 percent of respondents — about 1 in 25 — who have never been moved even close to tears by any film. Such stoic souls are rare, but they do exist.

Here are the biggest tear-jerker films, with the number of times they were mentioned. In total, 596 films were mentioned 2,615 times. 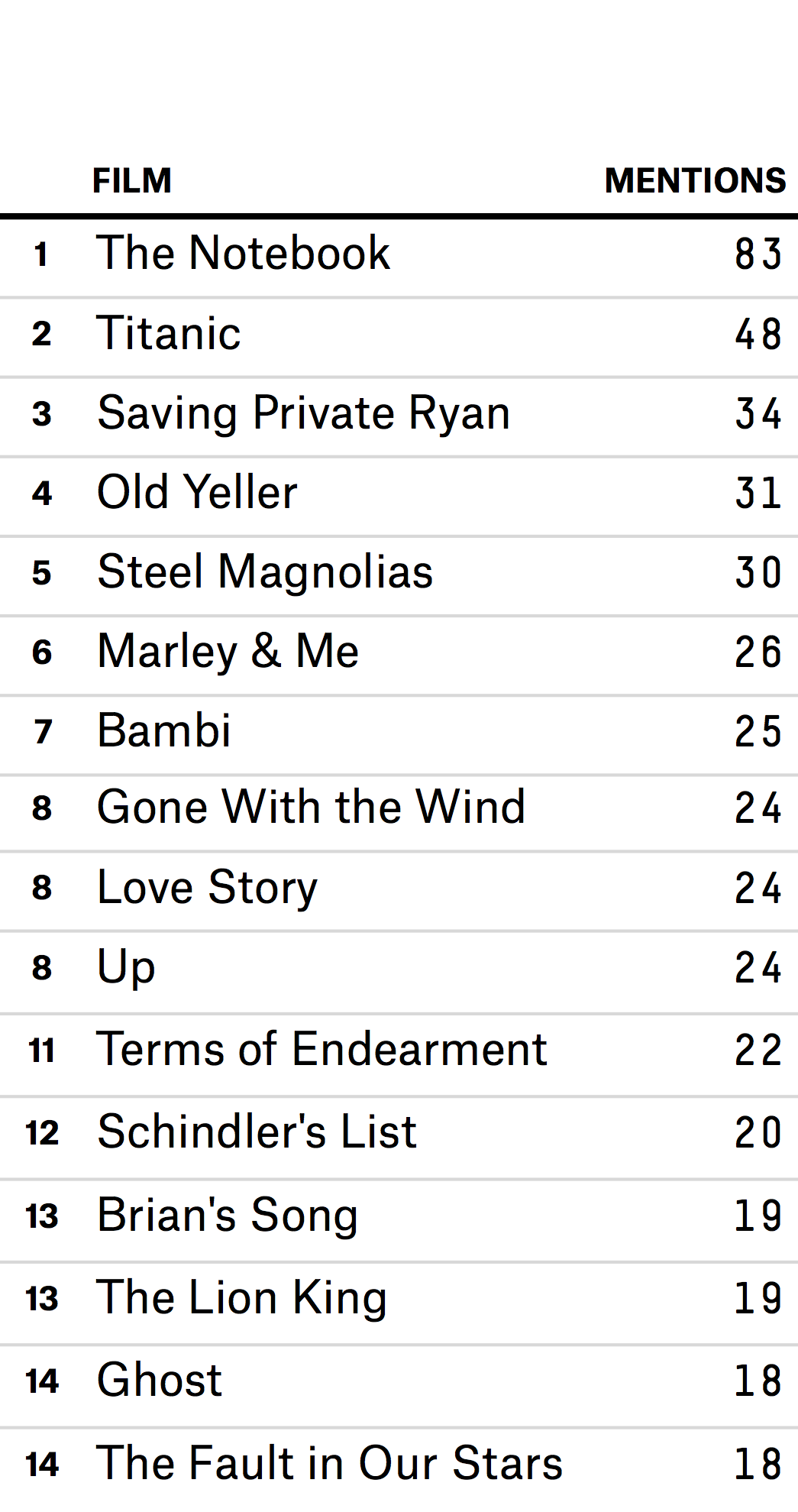 But men and women don’t tear up at the same films. Looking at films with more than five mentions, there are several that stick out.

“Field of Dreams,” “Rudy,” “Brian’s Song” and “We Were Soldiers” were the most likely to be listed by men rather than women. On the other end of the spectrum, “Beaches,” “P.S. I Love You,” “Steel Magnolias” and “A Walk To Remember” skewed heavily female.

I also asked about the relative tear-jerker-ness of different genres. It’s somewhat interesting to zero in on the 523 respondents for whom we have gender data. 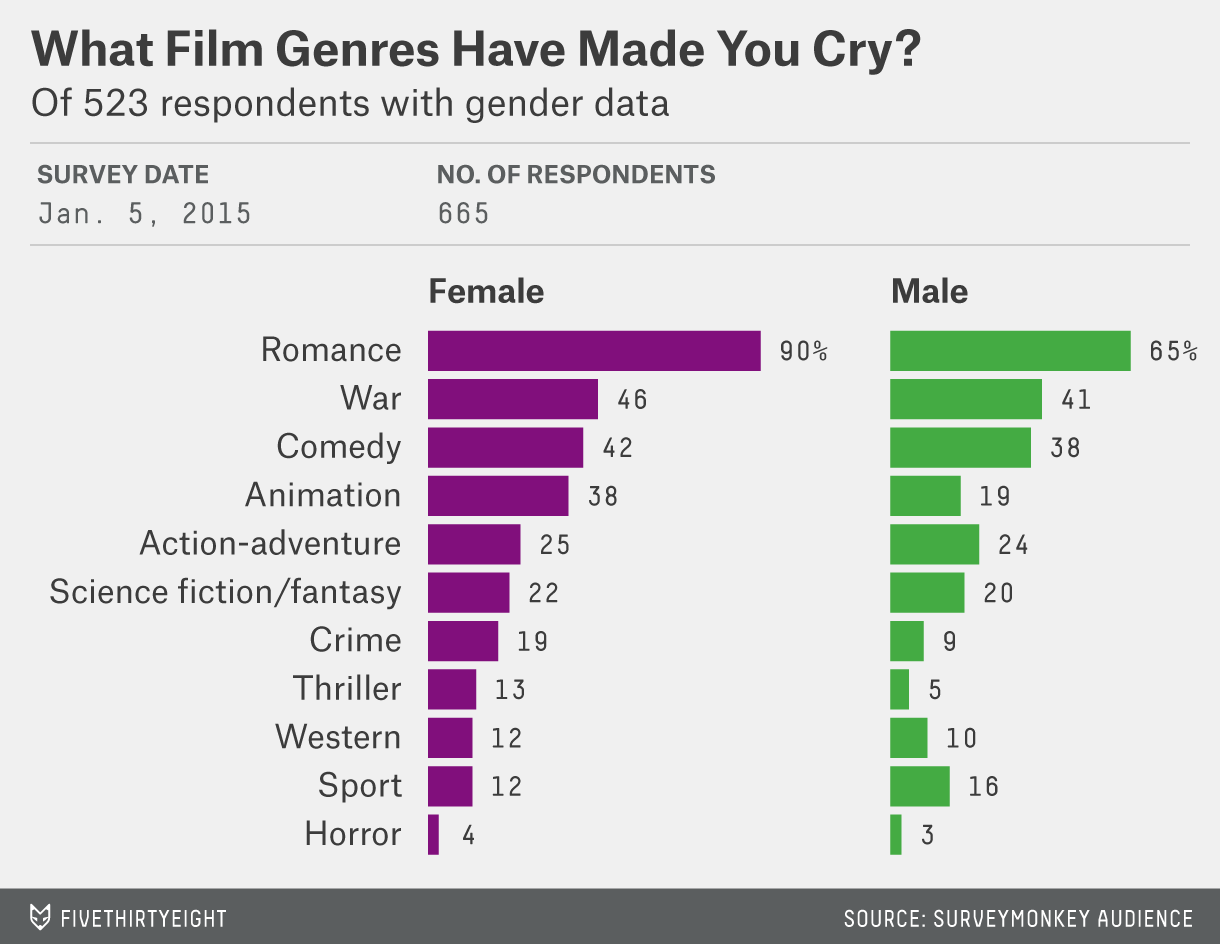 Finally, I inquired about television shows and novels to see whether those were any more likely to cry.

A final note of a personal nature: To the single respondent who listed “Jurassic Park” as a film that has brought them to tears, I need you to contact me as soon as possible. I’m pretty sure you’re my soulmate.