Let’s begin with a confession …

This article is 100 percent a selfish undertaking to determine if I will get to see the U.S. women’s national team play live at the Women’s World Cup, which begins Saturday. You see, I blindly bought tickets to “Match No. 49,” a semifinal matchup June 30 in Montreal. As a 27-year-old woman looking to relive her experience as an 11-year-old fanatic during the 1999 Women’s World Cup, I want nothing more than to see the USWNT play in that game.

That’s what brings me to this article — a guide to following the USWNT.

Below you’ll find the chances of seeing the U.S. in Vancouver, Edmonton, Ottawa, Montreal and Moncton in each knockout-stage round, based on FiveThirtyEight’s Women’s World Cup predictions. 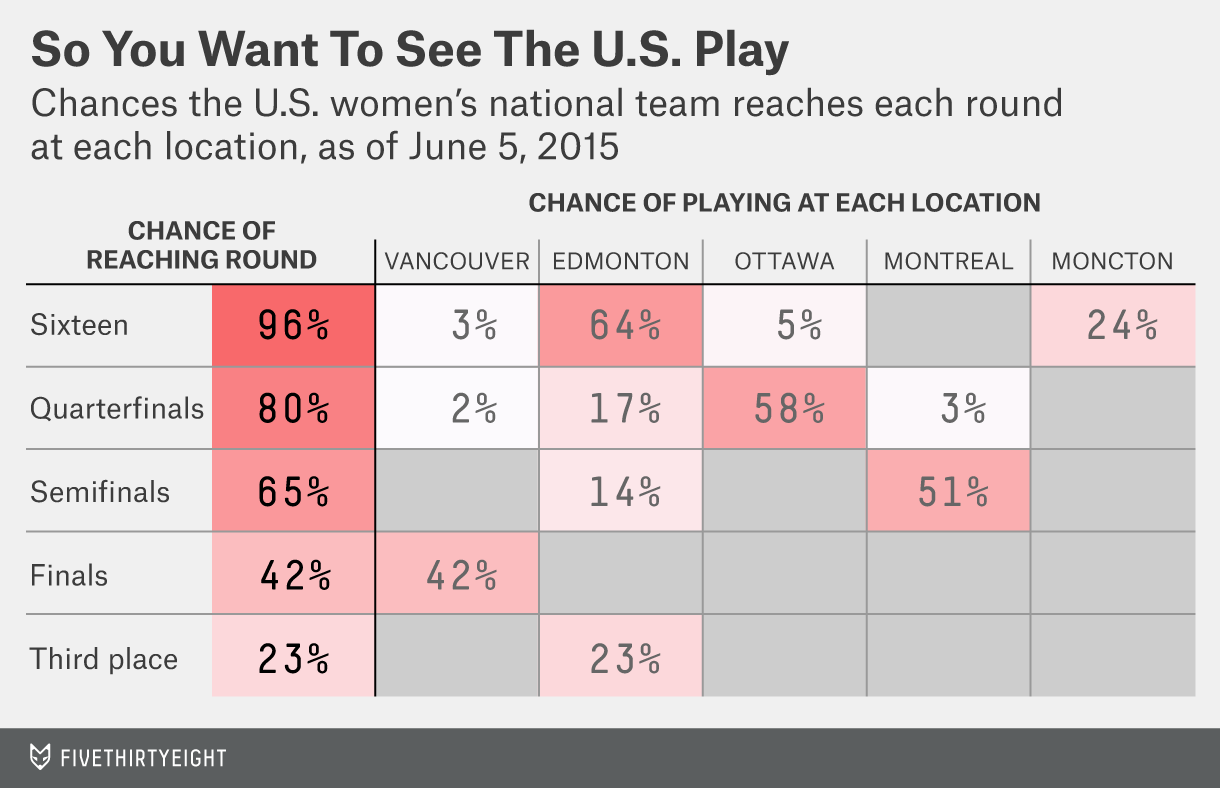