When a deceased person is canonized, or officially declared to be a saint, it’s big news in the Roman Catholic Church. Canonization will happen not once but twice on Sunday when former Popes John XXIII and John Paul II join the league of modern-day saints.

So just how many saints are there? And has the rate of sainthood changed over time?

Finding answers to these questions, it turns out, is a pretty daunting task. Mary and Joseph, born sometime in the late first century B.C., were among the very first people declared saints, and since then there have been so many that the Catholic Church has lost count. The canonization process was only formalized in 1234, when the church started investigating deceased candidates for sainthood. Previously, holy individuals, martyrs and even figures of legends became saints; the current process requires proof the candidate can be credited with at least two miracles.

Luckily for us, professors from Harvard University and Columbia University analyzed data from the Catholic Church in a 2010 paper, “Economics of Sainthood,” starting their saint count from 1588, when official Vatican records began. We’ve updated that data, and included Sunday’s two new saints, to get a full count of canonizations under each pope since. 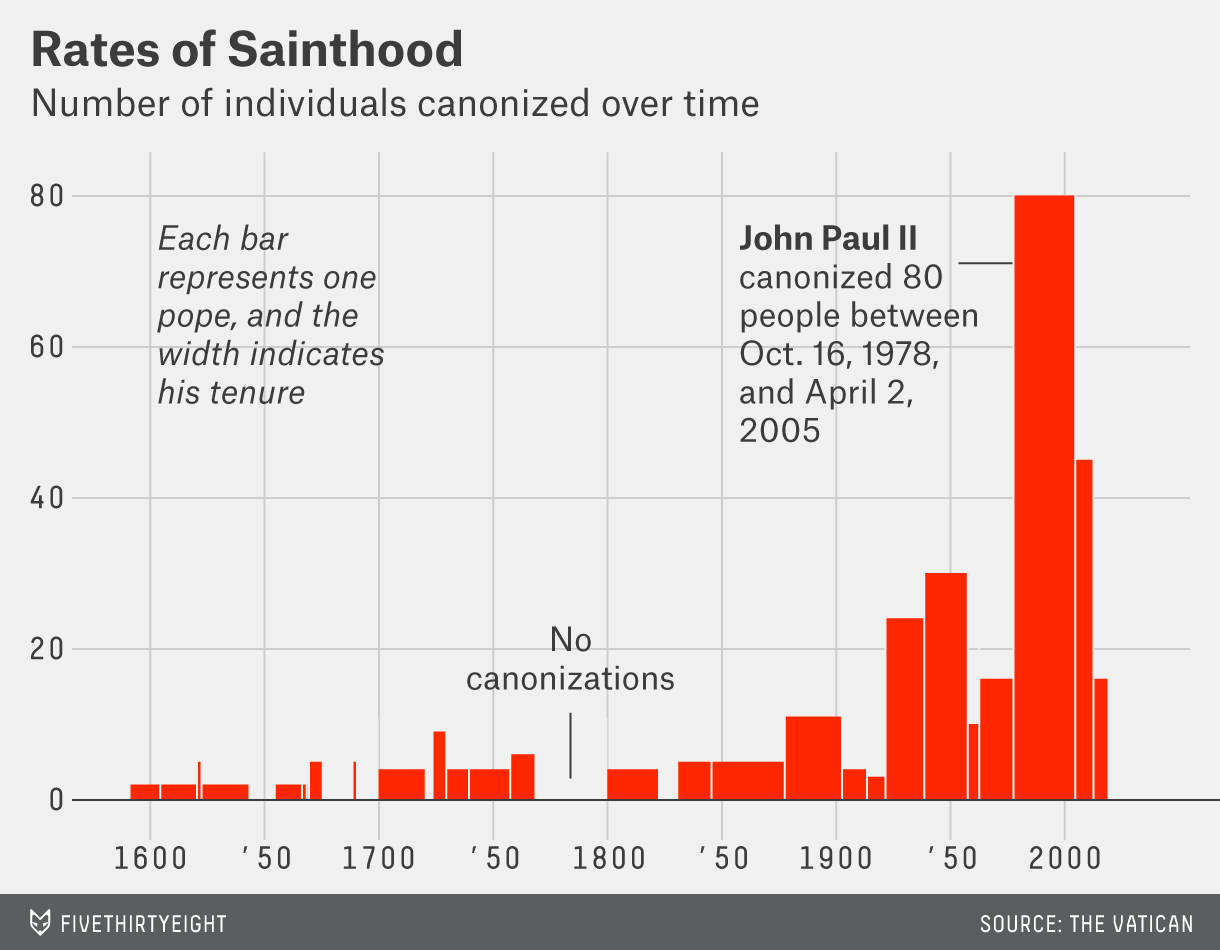 Former Popes John XXIII and John Paul II will be the 323rd and 324th individuals to become saints in 426 years.

Although the church decides who reaches sainthood, we’ve also looked at the number of saints per pope to get an idea about the canonization rate, since we don’t know the exact year some of these people were declared saints.

The numbers show that canonization reached an all-time high when John Paul II was pope — 80 individuals became saints in the 26.5 years he spent as leader of the Roman Catholic Church. Under his successor, Pope Benedict XVI, the canonization rate also reached its peak of 5.73 saints per year; Benedict oversaw 45 new saints in just 7.8 years.

Popes do have higher chances of becoming saints than the average holy person; Pew estimates that around one in three popes becomes a saint.