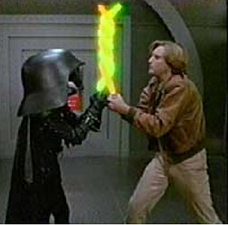 The cover is brilliant. But I read the New Yorker for the articles.

Ryan Lizza’s 15,000-word epic by no means paints the most flattering picture of Barack Obama. His Obama is remarkably intelligent and very level-headed, but also understands every lever of power, and is ambitious to the point of being ruthless.

Well, no shit he’s ambitious. For any American to go from a relatively unprivileged childhood (or a privileged one for that matter) to be on the doorstep of the Preisdency by the time he’s age 46 requires a perfect storm of luck, intelligence, and ambition. Obama has ample amounts of each.

But the article is more remarkable for revealing what Obama is not.

One, he’s not some Pierre Trudeau type of academic. Obama became interested in politics very early, and seemed to have some keen understanding of his upside potential. The sometimes languid pace of academia was not really compatible with that.

Two, Obama was not corrupt. He knew how to navigate the rules of the system. But he didn’t cheat the system. Obama succeeded, for instance, in disqualifying Alice Palmer from the ballot in the Illinois State Senate because she faked hundreds of signatures to get her name on it, and then Obama called her out. That’s maybe not the most mannerly, tea-and-crumpets way of doing things. But Obama didn’t cheat. Palmer had cheated. What Obama did was to exploit some of the inefficiencies of the Chicago machine system. Tony Rezko donates, though legal channels, a bunch of money because he expects you to behave like a typical machine politician and do him illegal favors? What to do? Well, you take his money. And then you don’t do him the favors.

Third, Obama is not any kind of radical, and particularly not any kind of radical black nationalist. His associations with people like Jeremiah Wright and William Ayers may have arisen out of a certain amount of political convenience; they were significant players in the South Side political scene. But there is no evidence that he shared many of their political ideas. Hyde Park is not some liberal enclave in the way that Berkley or Boulder is. It is, rather, a place where people are very tolerant of different ideas. Liberal and even radical ideas, but notably also, conservative ones (where do Leon Kass and John Mearsheimer teach — and where did Milton Friedman?). Hyde Park prides itself on being a laboratory of free thought and free speech, and so these people can lead a relatively happy coexistence there. But their views do not represent the consensus, and there is certainly no evidence that they represented Obama’s.

And moving out of Hyde Park into the South Side community at large, Obama enjoyed relatively chilly relations with many of the district’s more predictably left-liberal black politicians. Obama isn’t a Black Panther. But Bobby Rush was. Obama tried to primary him out of Congress.

And so while some on the right (and others, less coherently, on the loopy left) will try and excoriate Obama for the political equivalent of not helping old ladies to cross the street, a lot of their favorite narratives about Obama are blown up by this article. Hence, the irony of the cover art. (The right’s favorite punchline about the cover seems to be, “all humor has it’s basis in reality” [sic]. To which I’d ask: what part has the basis in reality? The terrorist part or the terrorist part?)

That does not mean that the Obama that emerges from Lizza’s piece is particularly warm and cuddly. He is certainly a very political creature, and there is something a little steely and postmodern about it all. But it is also not clear that Obama is playing some kind of angle. He seems, rather, to hold a lot of fairly mainstream, somewhat empirically-driven views — still an idealist in certain ways, but not highly ideological. The White House may represent to him some sort of final step in his self-actualization, but he’s not going there to get a blow job, or to play out some sort of Oedipal complex. It’s all actually sort of … boring.

EDIT: Here’s the other important thing to understand about the cover. It’s certainly provocative. But it’s not scary. On the contrary, it takes a scary idea, and makes it nonscary — literally cartoonish. If the drawing of the Obamas had been a little more photorealistic, then you might have the sort of thing that would lie dormant in people’s subconsciousnesses and potentially do some damage. But it isn’t.