Baseball America released its annual list of Top 100 Prospects last month, tabbing Minnesota Twins outfielder Byron Buxton as the best emerging talent in baseball. But what can you expect out of the No. 1 prospect — or Nos. 2 through 100, for that matter?

I gathered data on Baseball America’s historical Top 100 lists back to 1990 and tracked how many wins above replacement (WAR) each player generated over the seven seasons after each list was released. (A team has control of its players for the first six years of their careers, according to service time, but not every prospect’s clock starts ticking the same year he’s ranked by Baseball America.)

For example, Baseball America’s No. 1 slot gets 46 WAR from 1995’s top prospect, Alex Rodriguez. But the top spot loses 1.9 WAR from Todd Van Poppel, one of the game’s all-time biggest busts. Among 18 players from 1990 to 2007, the average for Baseball America’s top spot was nearly 20 WAR.

Do this for all 100 slots, and you arrive at an average, early-career WAR total for each ranking. It’s not a perfectly smooth drop-off from each spot to the next — for instance, the average at No. 10 (15.5 WAR) was quite a bit higher than the average at No. 5 (9.3) — but overall, the shape of the list’s average WAR resembles a logarithmic curve. In other words, a disproportionate amount of WAR is generated by the top handful of prospects. 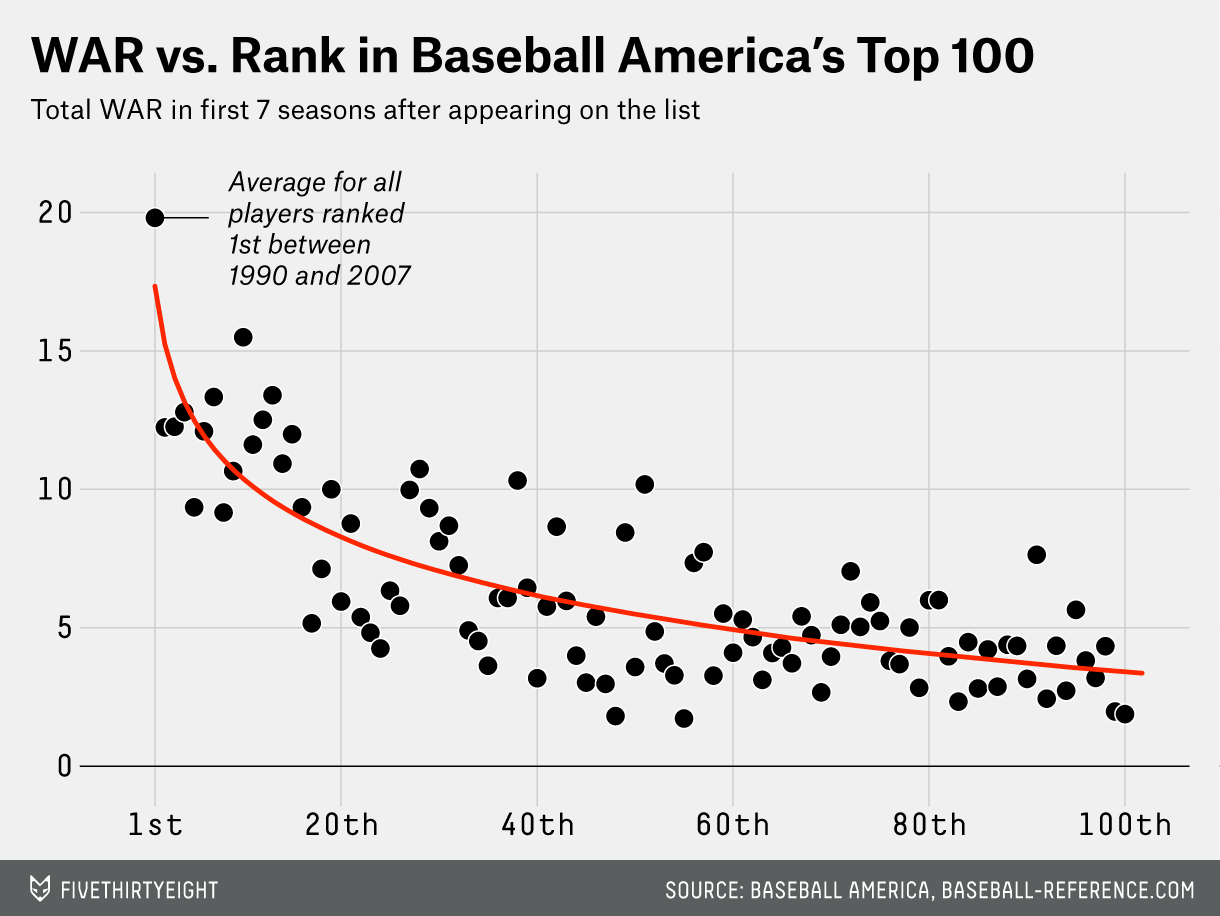 The expected future value of a guy like Buxton is about 17 WAR over the next seven seasons (that’s 2.5 WAR per year, which would be solid for a starter but something less than an All-Star on average). If that number seems low, it’s because Baseball America’s top prospects, from A-Rod to Van Poppel, have been all over the place. This underscores the difficulty Baseball America, or any scouting organization, faces when trying to project the future for 20-year-old prospects, as even the most promising talents have a history of flaming out.