With that in mind — and with the NHL trade deadline of March 2 approaching — I wanted to collect some popular trade targets named in articles floating around Twitter and the rest of the Web, and sort each player by the three-year differential between his team’s possession rate1 while he was on the ice and its rate when teammates shared the ice with other players.2

By no means are possession metrics the final word in player evaluation, but they offer an interesting counterpoint to goals, assists and points. The search for players associated with better puck possession could yield underappreciated acquisitions whose impacts are felt in the NHL playoffs. 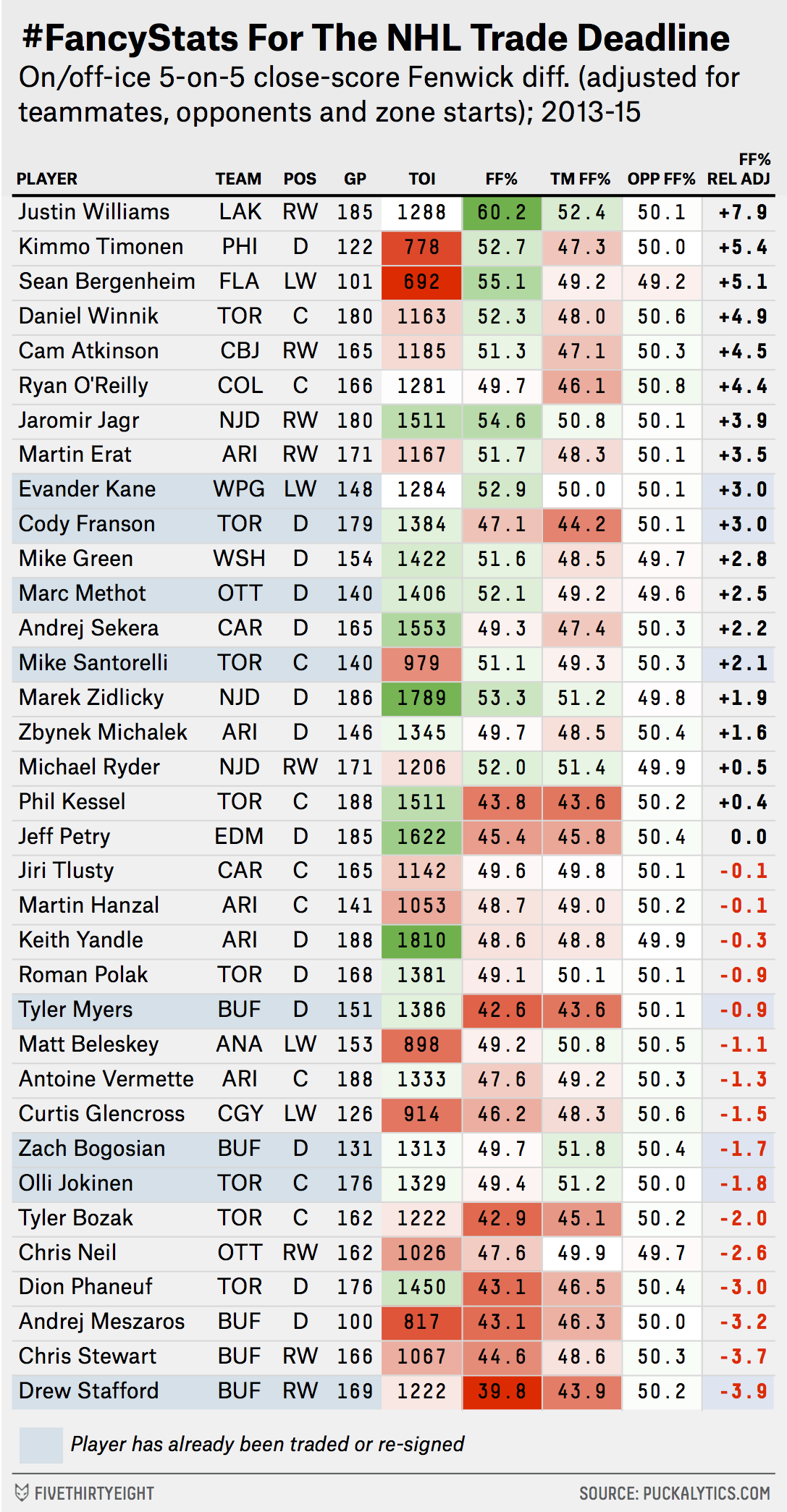