The multiracial population, now a small subset of the nation, is growing at three times the rate of the general population, according to a report from the Pew Research Center released Thursday. And as the group continues to grow, so does our ability to study the diversity of its members’ experiences.

The most comprehensive historical data we have on the subject is from the Census Bureau, but that data is murky at best. Racial categories on the decennial census have changed dramatically over the years (shoutout to the 1860 options of “black,” “white” and “mulatto.”) There’s also the question of whether or not Hispanic should count as a race. (The Census Bureau considers it an ethnicity, and says Hispanics can be of any race.) And then there’s self-identification: If someone has parents of different races, but she doesn’t consider herself mixed-race, how should she be categorized? 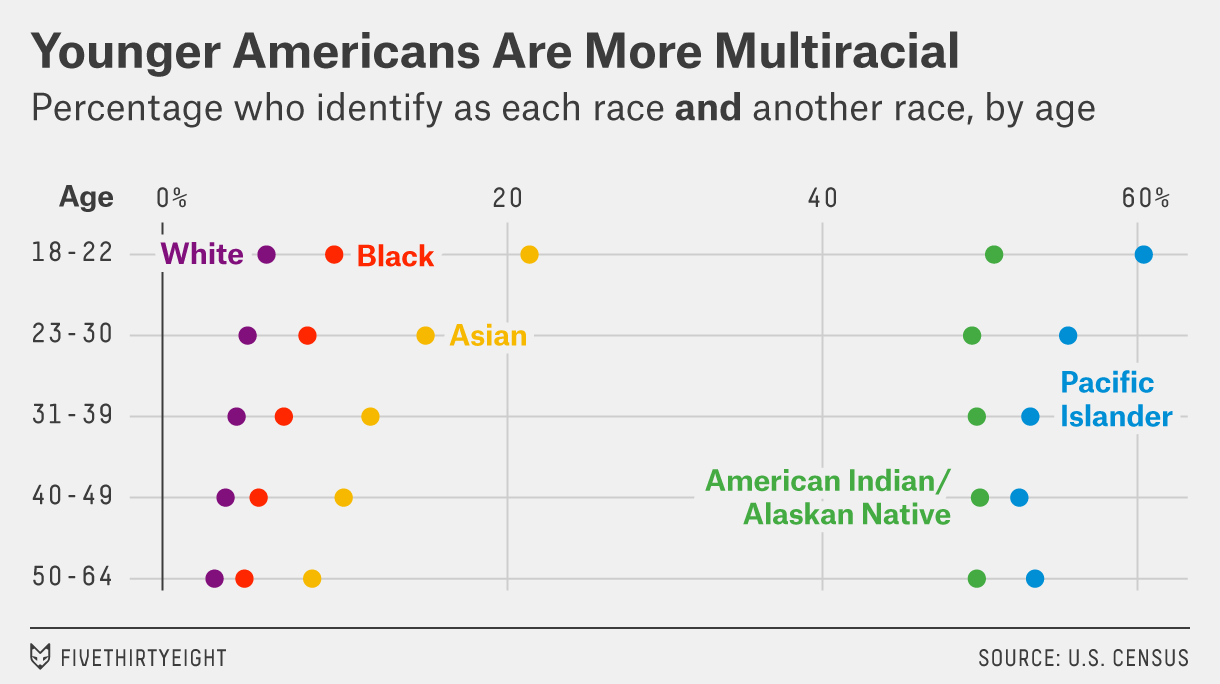 The Pew survey used a broader definition than self-identification; it also took into account people who said they have one parent or even one grandparent of a different race. Under that definition, but maintaining the census race categories, the report found that 6.9 percent of American adults are multiracial. If “Hispanic” were included as a race, that share would grow to 8.9 percent.

If determining how to define “multiracial” is difficult, then pinning down a central, shared experience of the multiracial population (on anything from discrimination to acceptance) is impossible. Pew’s associate director, Juliana Menasce Horowitz, said that one of the most surprising findings of the report is just how differently the distinct racial subsets answered questions about their identity and experiences. “People generally tend to think of race as something that’s absolute,” Horowitz said. “But our findings show just how fluid racial identity and the associated experiences can be.” 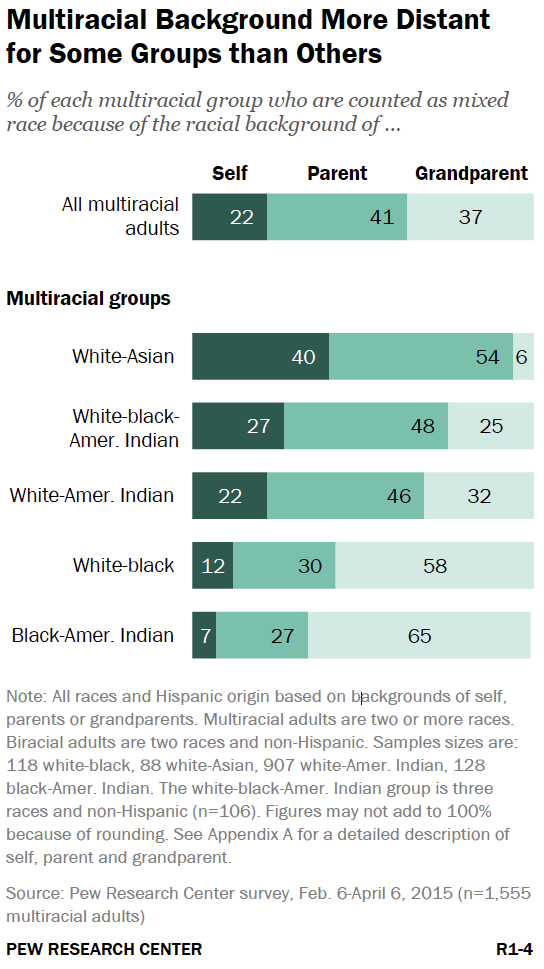 These findings are consistent within subsets of the multiracial population, but there’s almost no pattern of similarity for the broader group. Even when asked something as broad as whether or not people were confused by their background, answers varied widely by racial subset. 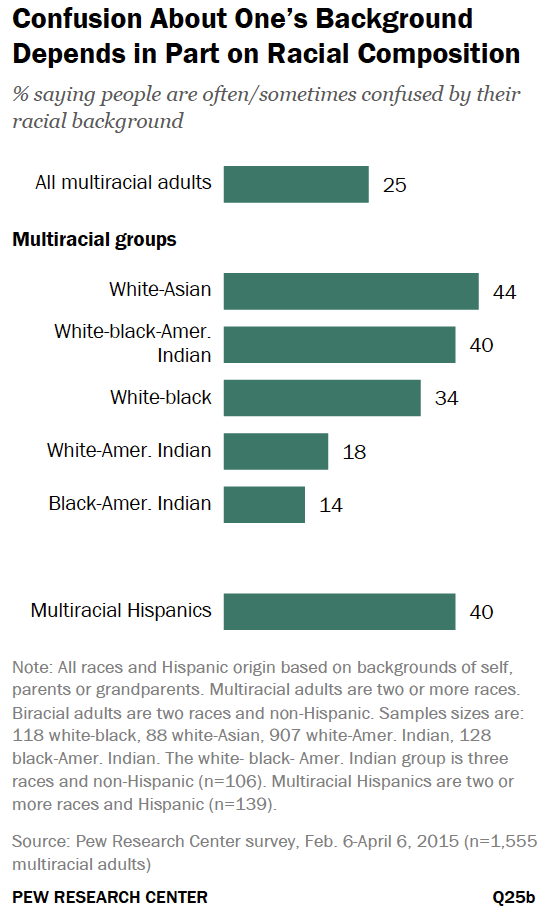 The diversity of experience may come because less than a third of the general population considers racial background to be important to their identity, and that share is even lower for multiracial adults. 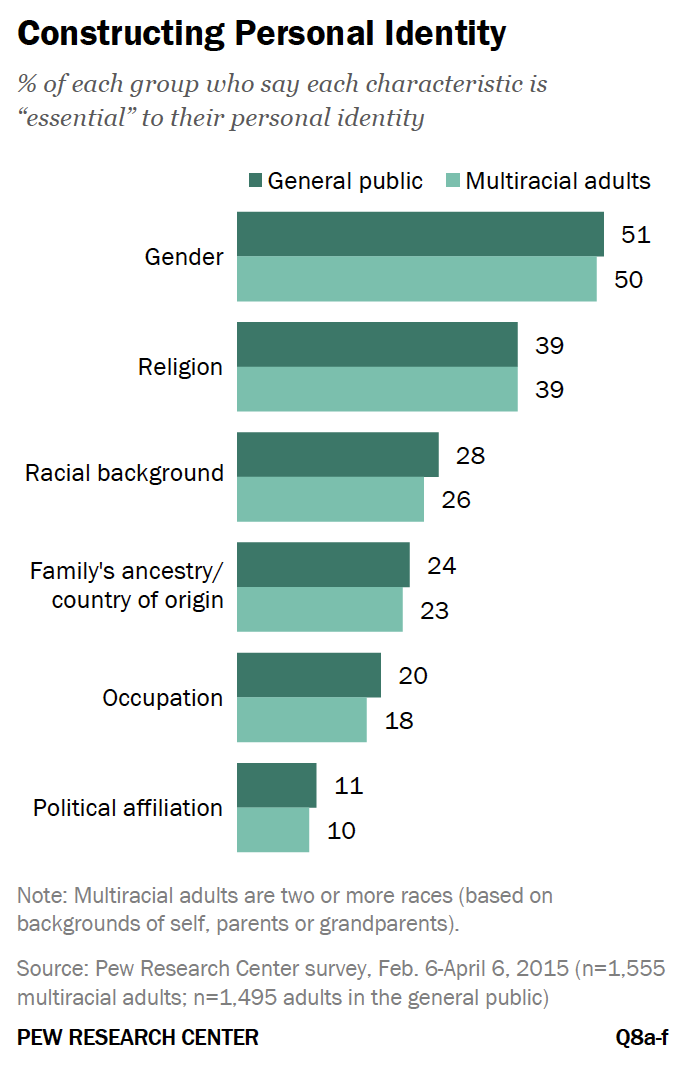 Pew says this study is the first of its kind, so it’s hard to put any of this data in historical context (other than the census’s limited definition). But Horowitz hopes the report will be just the beginning of this type of analysis.

“It’s a growing population, so it’s a natural topic of research for us,” Horowitz said. “As the population continues to grow, it’ll become even easier to conduct analysis on specific groups, and the information we can gather on subgroups will become even more robust.”