In the days leading up to New York’s Democratic gubernatorial primary, there were questions about whether Gov. Andrew Cuomo would put in a “weak” performance.

Cuomo received just 62.2 percent of the vote Tuesday against challenger Zephyr Teachout. That was far below what Cuomo’s pre-election approval ratings suggested it could be and worse than the performance of about 90 percent of elected incumbent governors since 2002. With New Hampshire Gov. Maggie Hassan cruising to 94 percent of the vote in her own Democratic primary Tuesday, Cuomo’s 62.2 percent puts him between the 10th and 11th percentile. Here’s our table from Tuesday: 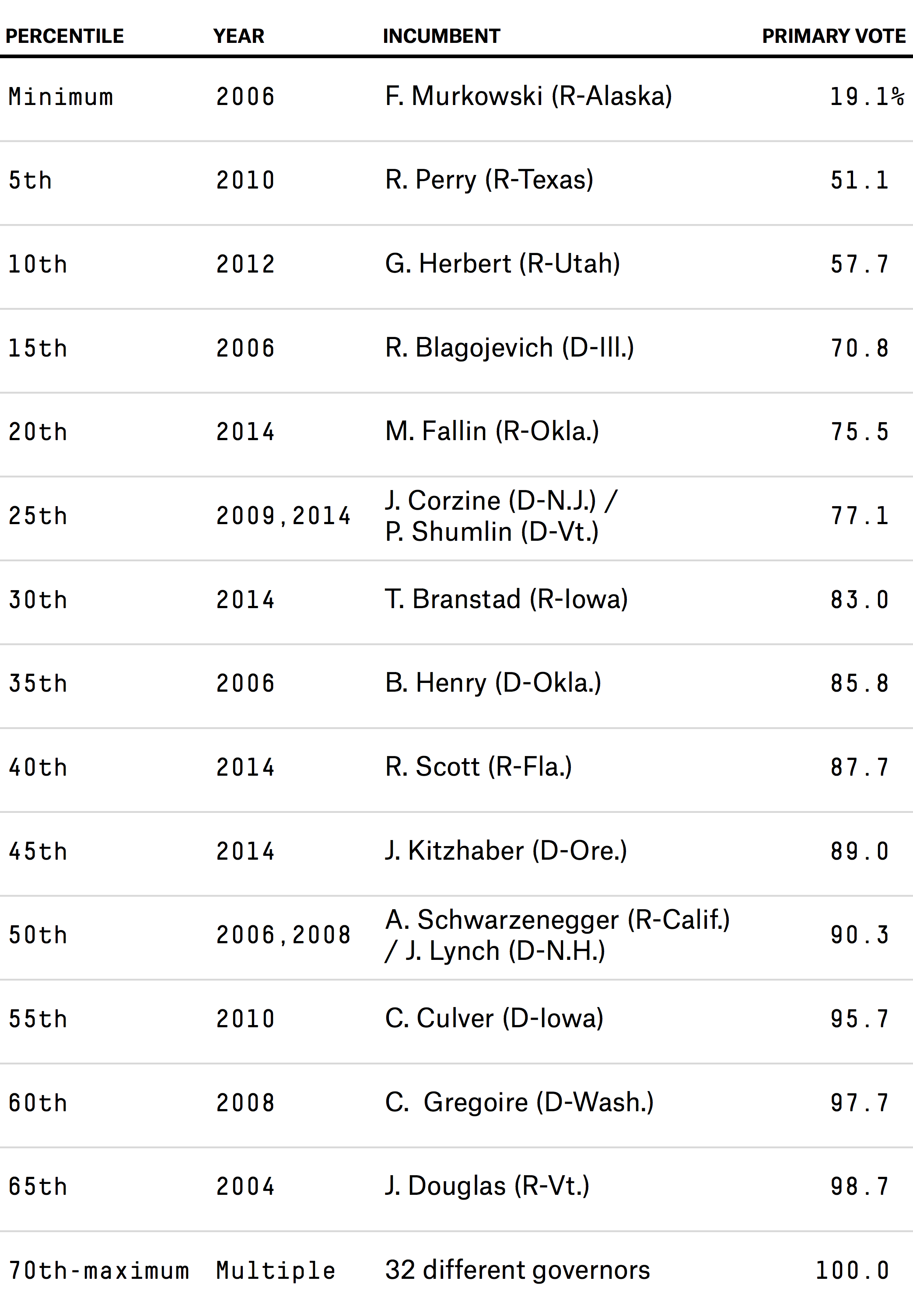 In other words, Cuomo’s performance was, by any standard, far below normal.

Perhaps more impressive (or depressing, if you’re Cuomo) is that this happened against Teachout, a candidate with little electoral experience and little in the way of campaign funds. Voters, it appears, were casting a protest vote against Cuomo. It’s conceivable that a better-funded or better-known candidate could have come closer to knocking Cuomo off.

Some might say that Cuomo’s performance ends any hopes he might have of winning the Democratic nomination for president in 2016 or 2020, but that’s the wrong way to look at it. Voters in primary states won’t be looking at how Cuomo did Tuesday. There isn’t a Democratic voter in Iowa thinking, “Well, I was going to back Cuomo, but he only got 62 percent of the vote in New York’s Democratic primary.”

Rather, Cuomo’s vote percentage is an indication of what Democrats who know Cuomo best think about him. Apparently, they have major reservations.

A little over one-fifth of Democratic voters (21 percent) thought Cuomo was too conservative, according to a Quinnipiac poll in May. With that level of liberal distrust, how would Cuomo do in the Iowa caucuses given their propensity toward smaller, more liberal electorates?

Now, Cuomo’s 62.2 percent doesn’t doom him. Bill Clinton finished with just 55 percent of the vote in his 1990 gubernatorial primary. But the former president is more an exception than the rule.

CORRECTION (Sept. 11, 12:04 p.m.): A previous version of the table identified Brad Henry as a Republican. He is a Democrat.