To the surprise of few non-partisans with the slightest bit of electoral awareness, Democrat Wendy Davis lost the Texas gubernatorial election to Republican Greg Abbott. Davis, as I wrote on multiple occasions, had basically no chance of winning because Texas voters are deeply conservative. Still, campaign memos leaked this week to the Texas Tribune suggest that Davis’s campaign manager ignored advice from consultants in the early part of 2014, leading to a campaign that was “far worse than it should have been.”

So was Davis’s campaign really that bad? Statistically speaking, she definitely lost support over the course of the election cycle, though it’s not entirely clear how much of a difference that loss made in the final result.

Davis was always trailing Abbott in the polls. But the longer she was on the campaign trail, the worse she did. Take a look at this chart that shows Abbott’s lead over Davis through a local regression: 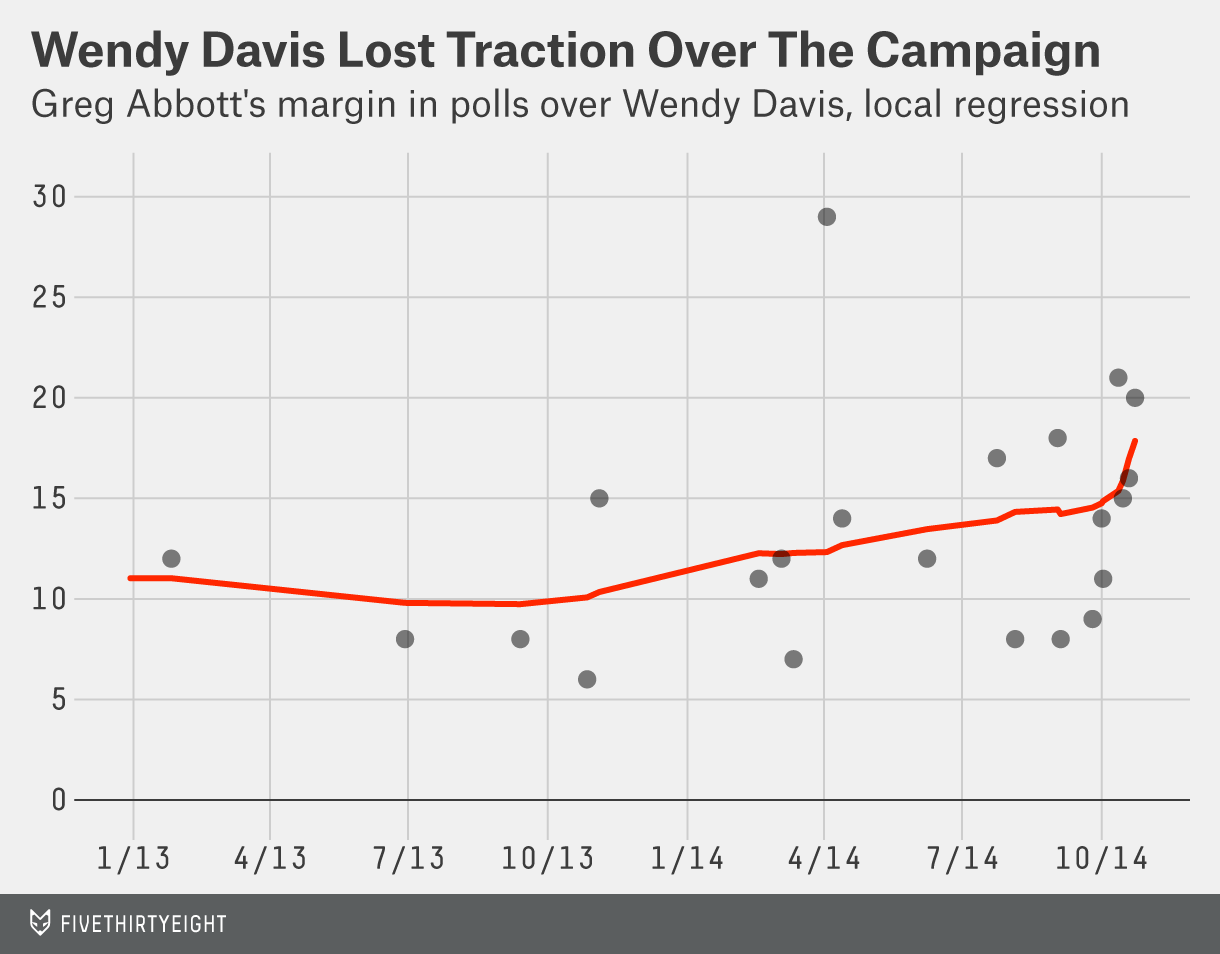 Through the end of 2013, Davis was behind by about 10 percentage points. Once the campaign entered 2014, Abbott’s lead began to grow, and it expanded greatly in October. That’s one sign Davis’s campaign alienated potential supporters.

While some of his lead may have been due to Abbott’s strength as a candidate, Davis’s own popularity dropped over the course of the campaign.

You might expect that a major statewide Democrat wouldn’t be well-liked in Texas. But that would be a bad assumption. I looked at final net favorable ratings (where such surveys were available in the last two months of the campaign) for every Texas Democratic gubernatorial and senatorial candidate since 2002 — and it turns out that Davis was the only one with a negative rating. 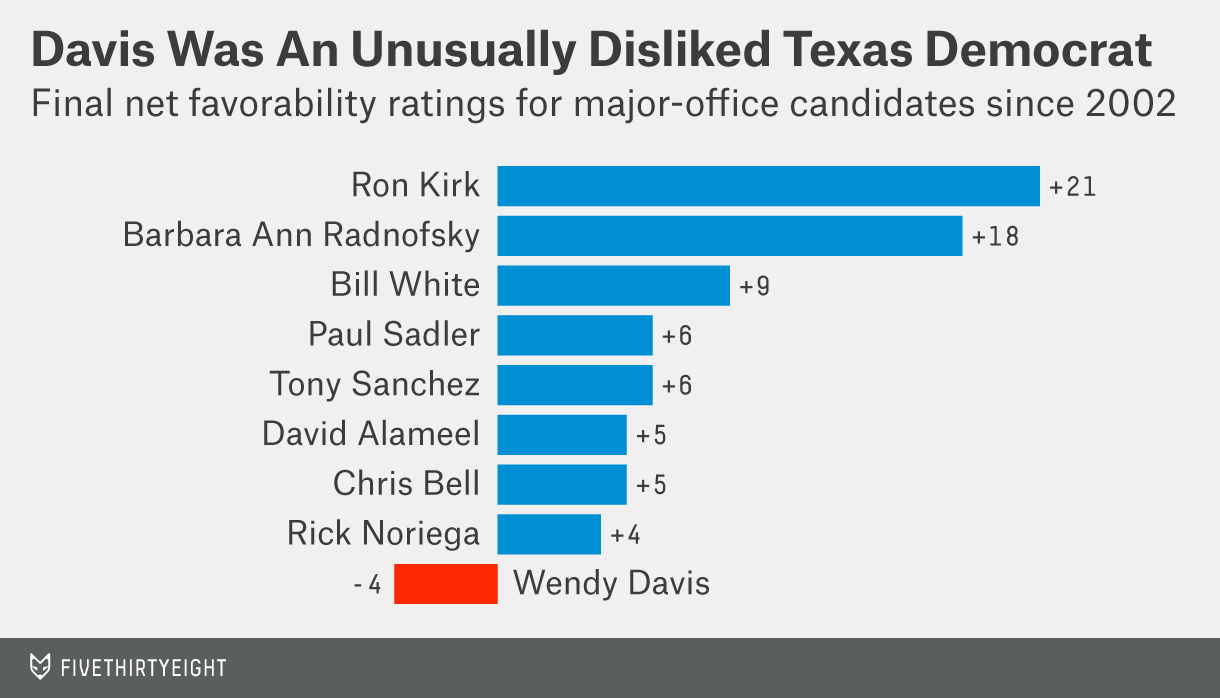 All that said, Davis’s overall performance was not completely out of line with those of Democrats past. Since 2000, the average margin of defeat for Democratic candidates for governor and senator in Texas was 18.5 percentage points. Davis’s losing margin was just slightly worse at 20.4 percentage points. The race may have trended away from her no matter what she did.

You could argue that Davis lost by a wider margin than the average of the three other Democratic gubernatorial candidates (13.3 percentage points) since 2002. Still, three is a small sample size and all those campaigns were against the same Republican (Rick Perry). Go back to the 1998 gubernatorial election, with a different Republican running (George W. Bush), and you’ll find that Democrat Garry Mauro lost by 37 percentage points.

Wendy Davis’s campaign was bad, but even a perfect campaign probably wouldn’t have brought her close to winning.