My colleague Carl Bialik and I wrote last week about the chances that the University of Kentucky’s basketball team would finish the 2014-15 season undefeated. At the time, the Wildcats were 27-0; they still needed to navigate past their four remaining regular-season foes, three opponents in the SEC tournament and six in the NCAA tournament to end the year a perfect 40-0. We pegged their odds of success at about 26 percent.

Since then, they’ve beaten Mississippi State, Arkansas and Georgia to move to 30-0 — three down, 10 more to go. So on the eve of their regular-season finale against Florida on Saturday, we thought we’d update their probabilities and slightly reframe the chart of their odds. Here are the final stages of the Wildcats’ season:

Multiply it all together, and Kentucky’s probability of going 40-0 is 30.4 percent. Keen-eyed readers will notice that last time, Kentucky’s chances of winning the tourney were 48 percent using the same method. Why did the odds fall so much? It’s tough to say exactly why, but it could be due to changes in Pomeroy’s ratings (the Wildcats fell very, very slightly), BracketMatrix’s projected S-curve, or even random variation in the simulation. All three factors can compound to turn small changes into bigger ones when multiplied together.1

After our original post, we got some reader feedback that they’d like to visualize Kentucky’s odds of going undefeated as a time series chart moving upward with each potential win. So here’s a reformatting of the chart, complete with the change in undefeated probability that would result from a win in each game: 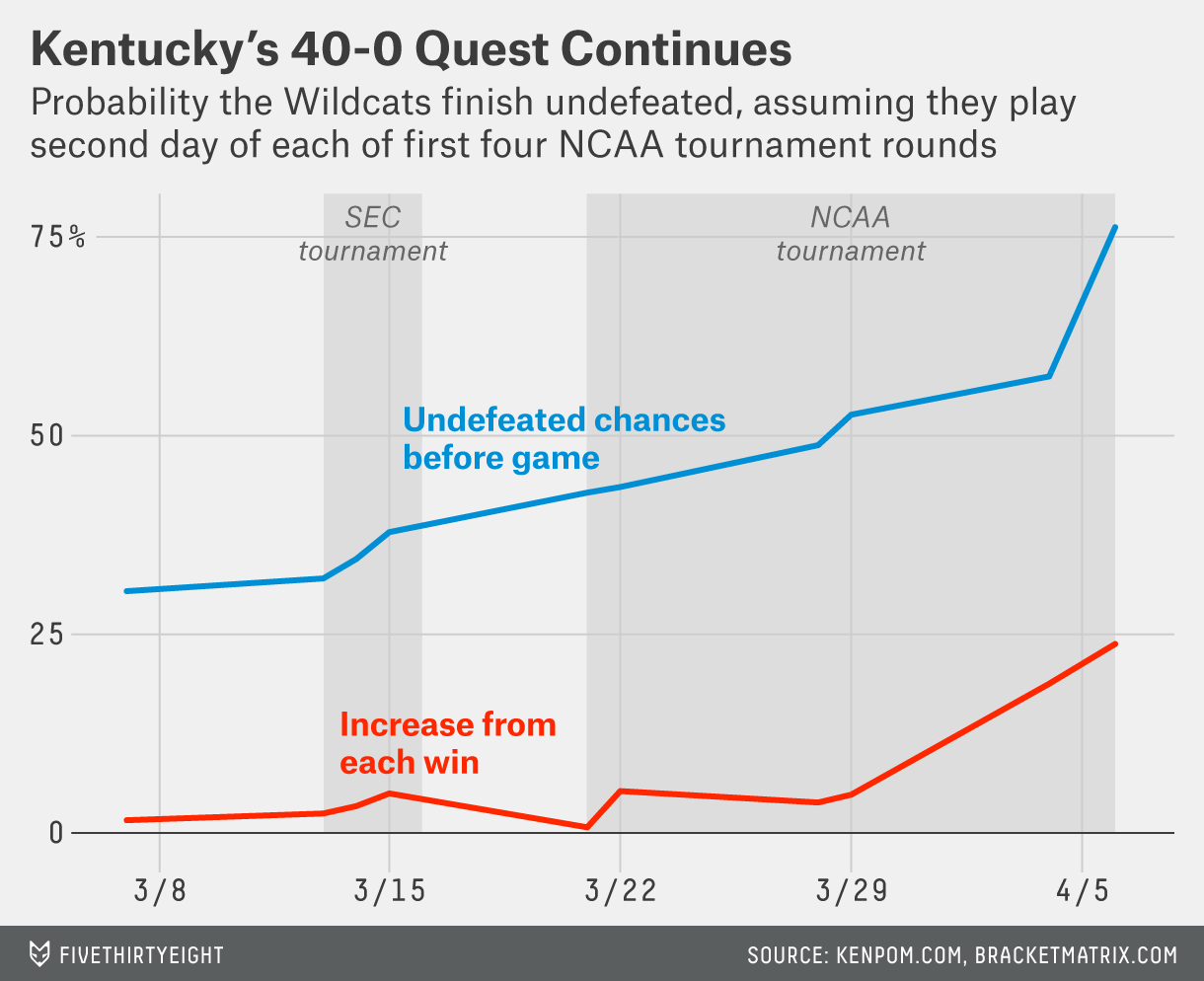