Although we’re loyal to the Soccer Power Index (SPI), the system  we use to produce FiveThirtyEight’s World Cup projections, we’re also big fans of the World Football Elo Ratings.

Unfortunately, the Elo ratings website has not been updated since the World Cup began. So we followed their instructions for calculating their ratings and ran the numbers ourselves: 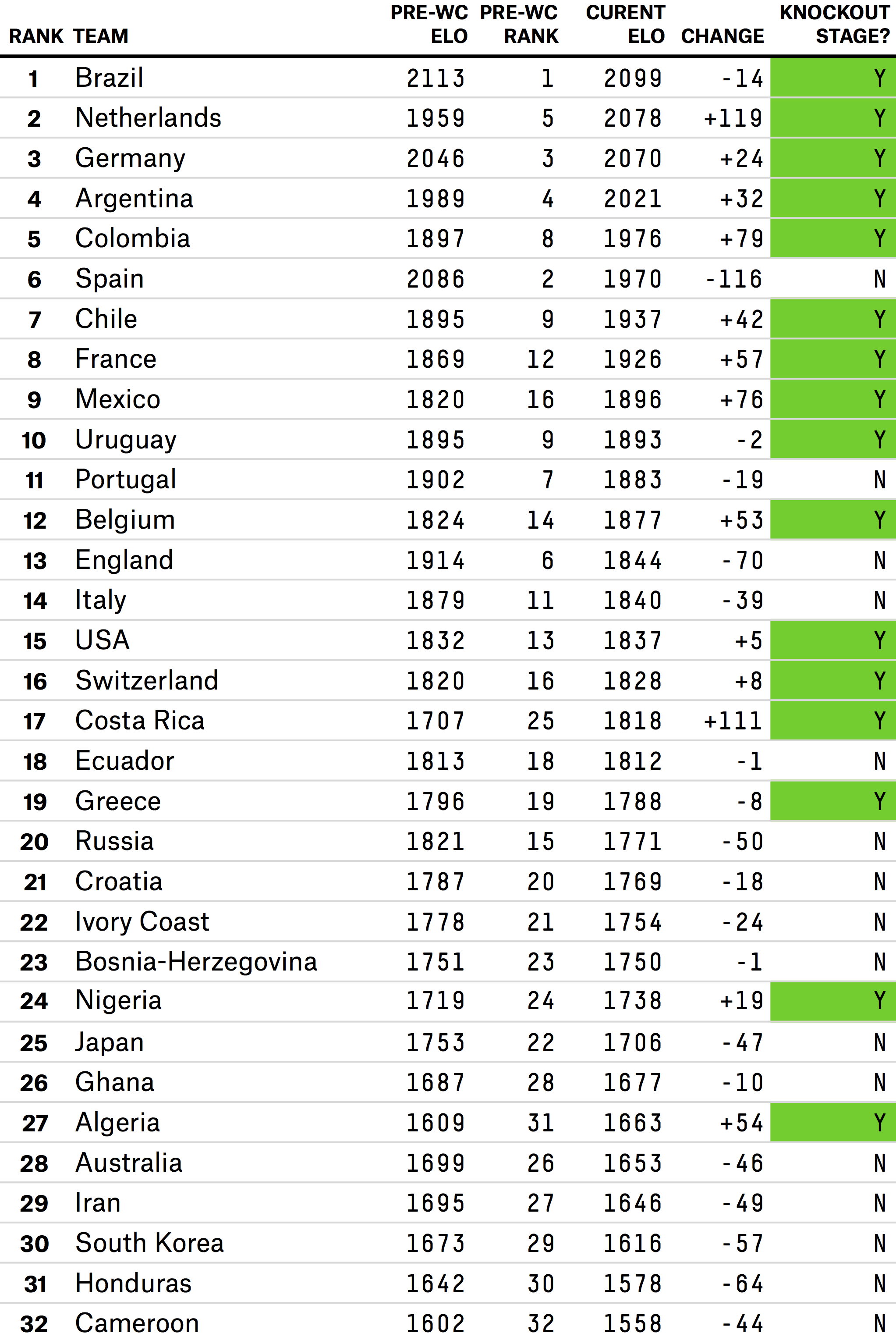 Brazil, as before, ranks as the world’s best team per Elo. But the Netherlands has made huge gains and now ranks No. 2, just ahead of Germany. Spain’s rating has fallen the most, 116 points, taking the team from second to sixth.

Elo and SPI are highly correlated and they’ve fared well against other methods of predicting World Cup results so far, including betting lines.