Earlier this decade, economists and politicians saw doom lurking in a bulging U.S. trade deficit. It was a sign of America’s shrinking economic stature that the country was importing so many more goods and services than it was exporting.

China played the foil in these worried conversations: a fast-growing, emerging economy sending far more out into the world than it brought home. China was running an enormous trade surplus.

What a difference a few years makes. On Wednesday, the Bureau of Economic Analysis (BEA) released 2013 numbers showing that the annual U.S. current account balance, a measure of a nation’s international dealings, is smaller as a share of gross domestic product than it has been since 1999. We don’t yet have data on China’s current account balance for 2013, which comes from the World Bank, but a trend has emerged. 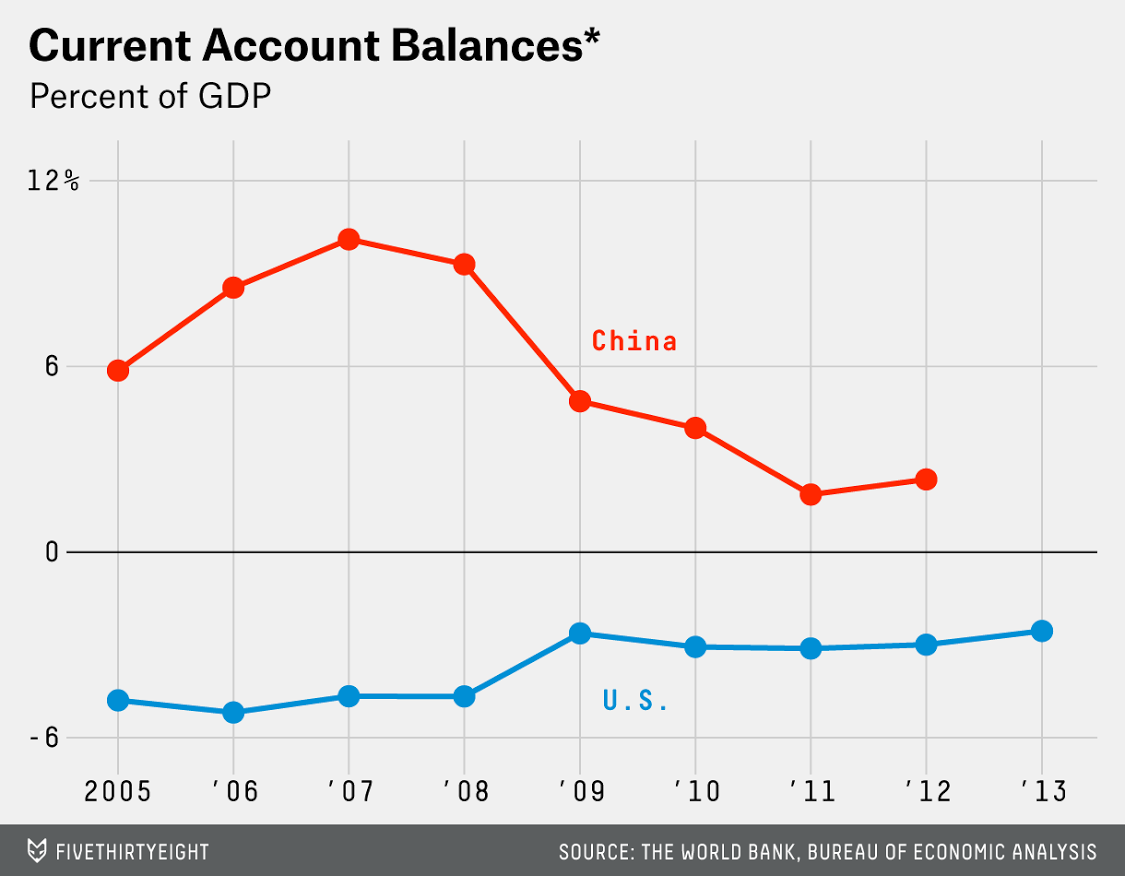 So, what’s going on here?  As China’s economy matures, policymakers there are looking for new mix to drive growth, one centered on domestic consumption rather than investment and exports. The appreciation of China’s currency also contributes toward a lower trade surplus by pushing up the price of China’s exports, lowering demand.

In the U.S., a natural gas boom is cooling demand for imported petroleum, and oil represents a huge share of American imports. The dollar, meanwhile, has depreciated, boosting American exports.

All this has conspired to push the long-polarized current account balances of the U.S. and China closer together.

Correction: A previous version of this post incorrectly referred to the U.S. and China’s trade balances. The best overall measure of a country’s balance of payments is the current account balance, which includes the trade balance (net exports), plus net income from abroad (such as investment in foreign assets), and net unilateral transfers (like foreign aid). While trade balances and current account balances are related, they are separate accounting identities.