Last week, President Trump sparked a firestorm by calling for the postponement of the November election as the country prepares to vote amid the coronavirus pandemic. And although the president cannot actually delay the vote — Congress determines the federal election date — this hasn’t stopped Trump from repeatedly casting doubt on the election results and exacerbating Americans’ already-flagging confidence in the integrity of the electoral process.

Americans were also split on Trump’s motivation for suggesting a delay to the election. Among Republicans in that Reuters/Ipsos poll, 41 percent said Trump’s tweet was driven by a fear of voter fraud, and 21 percent said Trump wanted to protect Americans from getting the coronavirus at polling places. Only 17 percent of Republicans said he was trying to either distract the country from the pandemic or give himself a better shot at victory (another 16 percent weren’t sure of his motivations). Conversely, a whopping 63 percent of Democrats said Trump wanted a delay to the election to improve his chances of winning, while another 19 percent thought he wanted to distract the country. Just 10 percent of Democrats thought Trump’s main motivation was either a fear of voter fraud or a desire to protect Americans from contracting the virus.

Politico/Morning Consult’s question on postponing the election also offered some insight into how respondents want Americans to cast their ballots. The share who desired a predominantly vote-by-mail election hadn’t really changed since April, but the share who preferred mostly in-person balloting shot up to 34 percent from just 19 percent in the spring — a shift largely driven by Republicans and independents. Fifty-five percent of Republicans said they wanted most voters to physically go to the polls, up from 32 percent in April, as did 30 percent of independents, a share that had doubled from 15 percent in April. However, only slightly more Democrats wanted mostly in-person voting than they did in the spring (18 percent versus 10 percent). As for mail-in voting, there was one notable development: Fewer Republicans supported it. The share of Republicans who said they wanted an on-schedule, mostly vote-by-mail election slid from 38 percent in April to 27 percent in August.

And that shift in Republican attitudes in the Politico/Morning Consult survey reveals how Trump’s call to postpone the election could gain traction if he keeps trumpeting it. After all, the president has repeatedly denounced voting by mail, and correspondingly, we’ve seen the share of Republicans who want a mostly vote-by-mail election decrease.

For now, though, the thought of postponing the election is very unpopular. And it probably doesn’t help the president that most Republican elites view the idea as a non-starter. But if the president keeps pushing the issue, don’t count out more Republican voters supporting a delay. 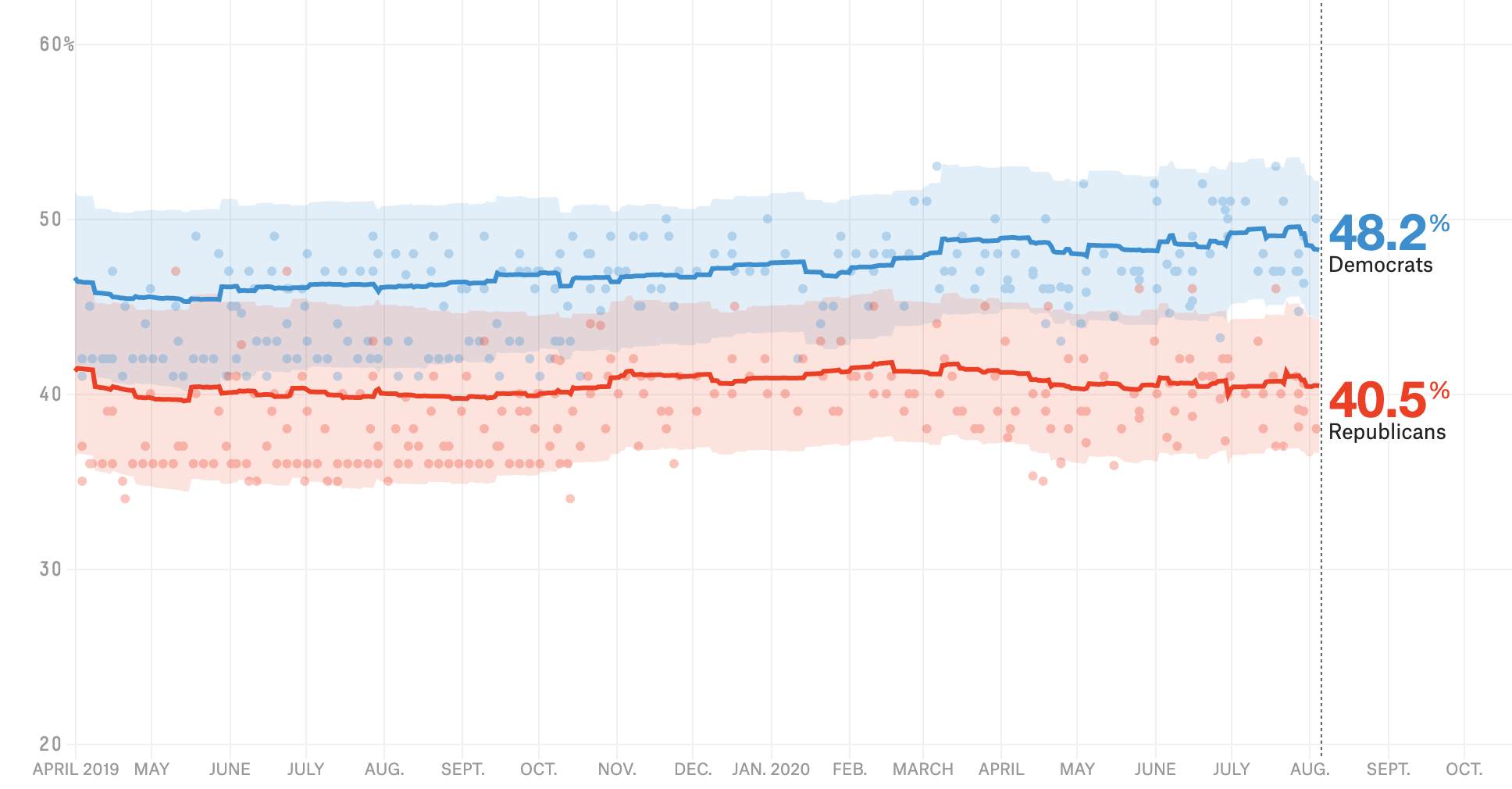