The 2018 midterm election confirmed America’s urban-rural divide; Democrats excelled in cities, Republicans dominated in the country and the suburbs were the tiebreaker that handed Democrats the House. Will the 2020 election play out the same way? This week, we got two polls of President Trump’s approval rating that suggest it might.

Here are the results of the polls side by side:

This is perhaps stating the obvious, but Trump would do well to improve his standing among suburban and urban voters before 2020. Less than 20 percent of the U.S. population lives in rural areas. Granted, not all rural voters will cast their ballot for the president, nor will all urban and suburban voters back whoever is the Democratic nominee. But elections are winner-take-all contests waged within discrete geographic areas — states or districts. According to the Congressional Density Index from CityLab, a news website covering urban issues, just 70 congressional districts are “pure rural,” and an additional 114 are a “rural-suburban mix.” CityLab is still in the process of making similar assessments for states, but David Montgomery, a journalist for CityLab, told FiveThirtyEight that 11 states could be classified as mostly rural, while an additional 17 could be classified as a mix of rural areas and suburbs. The former are worth a combined 53 electoral votes, while the latter are worth a combined 138; 270 are needed to win a presidential election.

None of this means that Trump lacks a path to electoral victory. It’s still early in the 2020 campaign; approval ratings may change, and a person’s feelings about the president aren’t the only determinant of his or her vote. But those numbers aren’t great for Republicans even if institutions like the Electoral College give disproportionate influence to rural areas. Without urban and suburban areas, they’ll find it difficult to cobble together a sustainable majority. 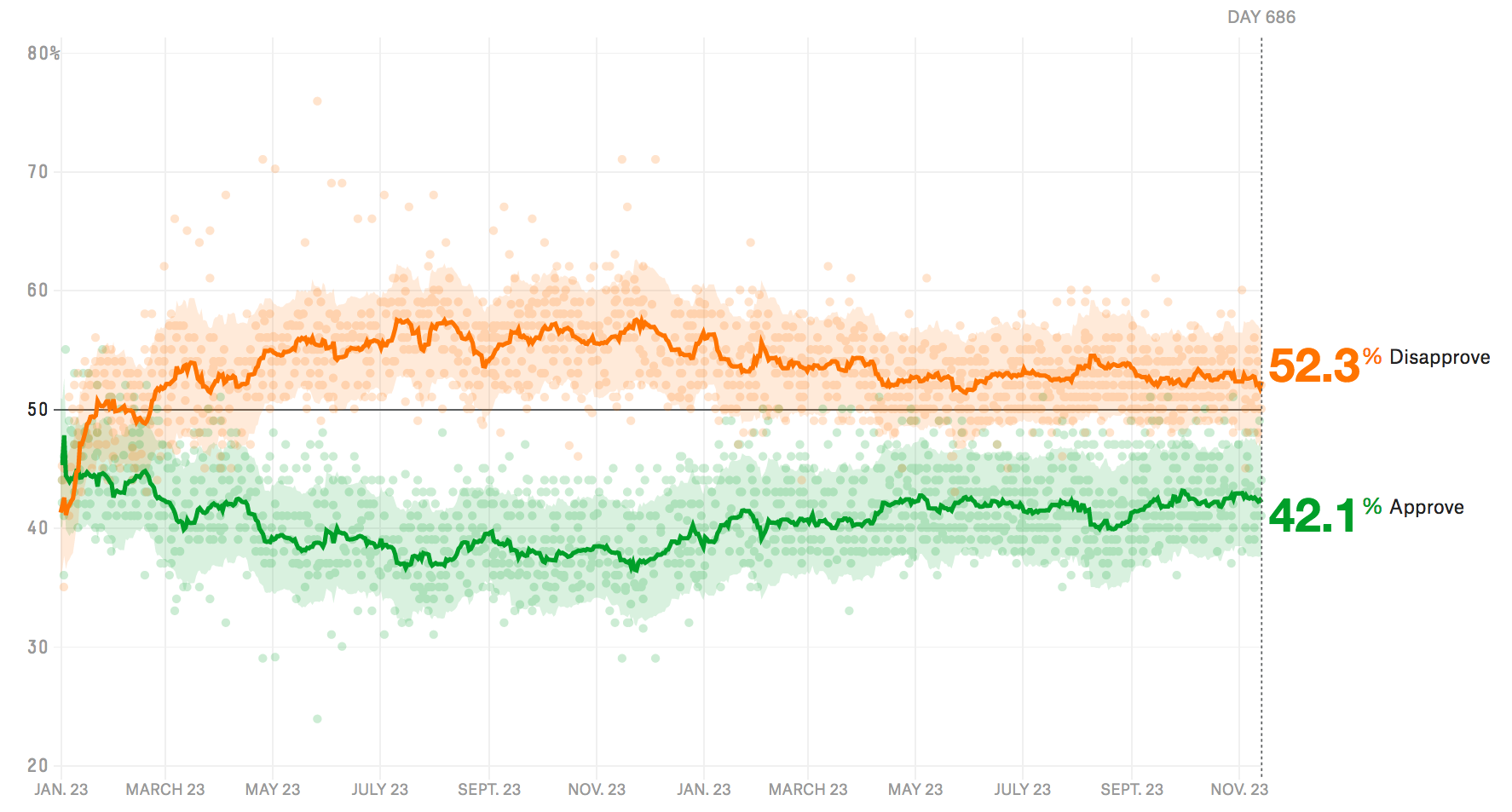