As my boss, Nate Silver, wrote in his introduction to FiveThirtyEight’s March Madness predictions, 2014-15 was not a college basketball season defined by parity. For starters, Kentucky enters the bracket undefeated and — according to the Simple Rating System (SRS) — is the strongest pre-tournament team that the NCAA has seen in a while:

But even beyond Kentucky, most of the other top teams this year are unusually strong, according to their SRS ranking. Wisconsin’s rating is about average for a second-ranked pre-tournament SRS team since the NCAA tournament expanded to 64 teams in 1985, but Arizona is the eighth-best No. 3 in that 31-tournament period. Duke is the seventh-best No. 4. Villanova is the fifth-best No. 5. Virginia is the fourth-best No. 6. And Gonzaga and North Carolina each rank fifth among teams ranked No. 7 and 8, respectively. And 2015’s field only gets more impressive the deeper you dig: 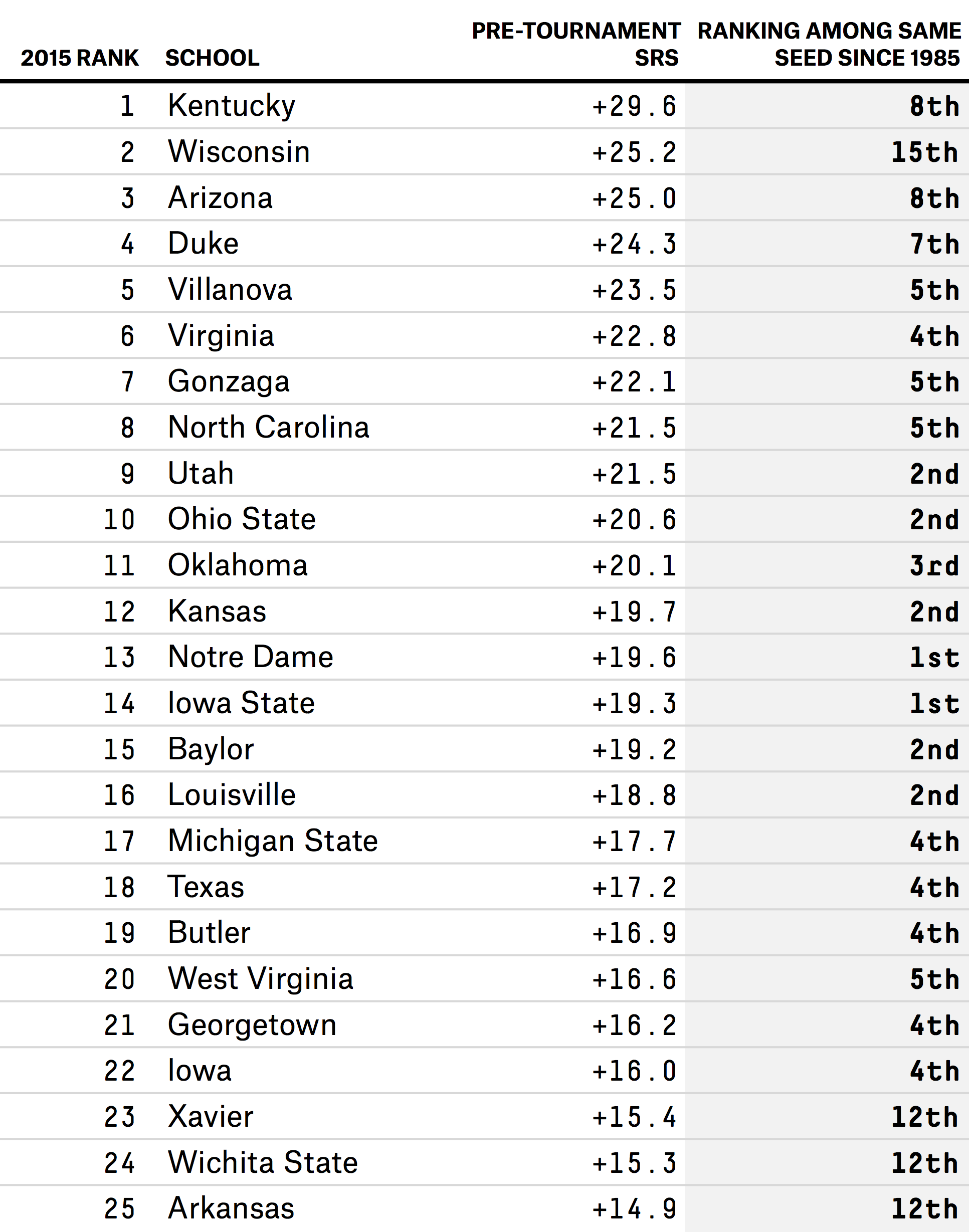 That’s why, if you look at the average SRS rating of the top third of teams in the field, the 2015 tournament ranks as the most top-heavy in more than a decade. Starting in the early 2000s, college basketball seemed to be trending toward a more even distribution of talent across the tournament, with fewer truly dominant teams at the top. Between Kentucky and its other unusually dominant peers, this season bucks that trend in a big way. 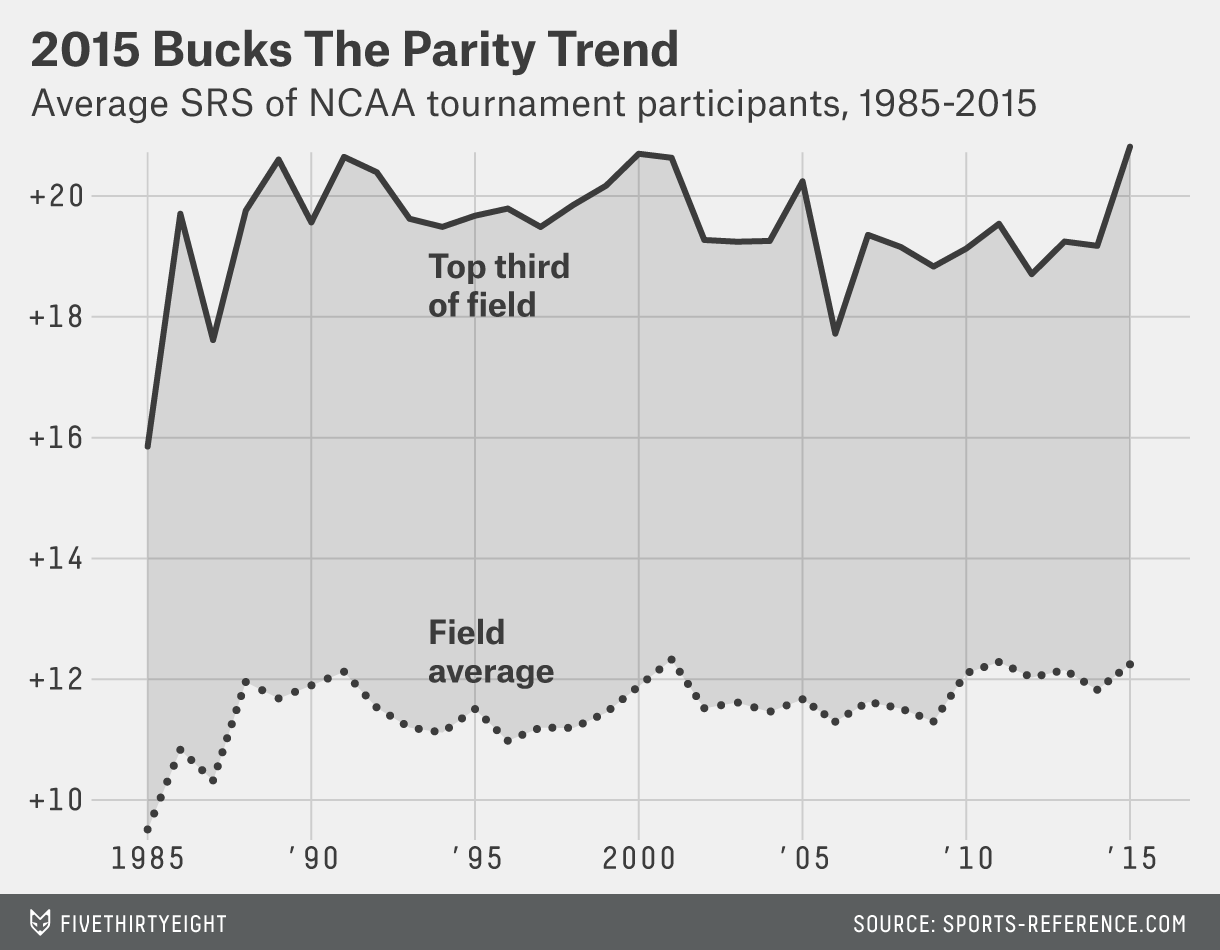 Now, you might be tempted to think this is a case of the NCAA’s selection committee doing a better job of including the top teams according to statistical power ratings such as the SRS. And the sea of salmon-colored rows that make up Ken Pomeroy’s top 44 seems to lend credence to this theory. But in terms of average SRS, this year’s field features a pre-tournament rating of +11.7 — essentially no different from the +11.4 field average of a year ago.

This season’s crop of tournament teams simply appears to be jam-packed with talent at the top, which we can only hope leads to an exciting month of basketball.